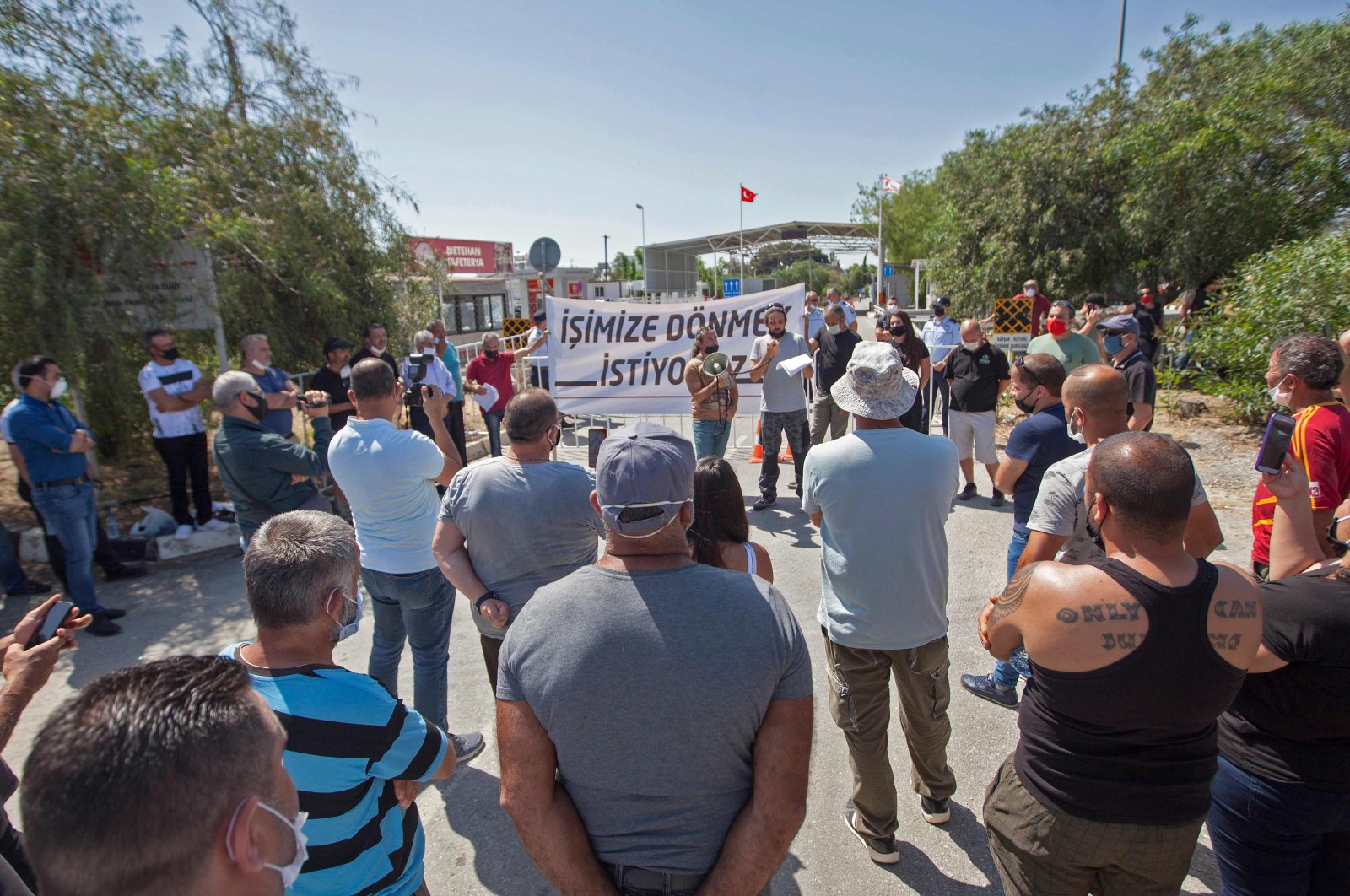 Turkish Cypriots living in the north are protesting the Greek Cypriot administration's closure of border gates as part of efforts to stop the spread of the coronavirus at the Ayios Dhometios crossing, May 15, 2020 (AFP Photo)
by Daily Sabah with AFP May 15, 2020 2:45 pm
Edited By Dilara Aslan
RECOMMENDED

Turkish Cypriots on Friday protested the Greek Cypriot administration's closure of crossings as part of the Greek side's efforts to combat the coronavirus pandemic.

"We want to get back to work," read a banner unfurled by dozens of demonstrators who have jobs in the Greek Cypriot-administered south, gathered at the Ayios Dhometios crossing in the capital Nicosia.

After the first COVID-19 case was confirmed in Cyprus on March 9, crossings along the U.N.-patrolled cease-fire line that runs across the country were shuttered.

About 1,500 Turkish Cypriots formally work in the south in sectors ranging from construction to health services, although the figure is likely higher because of unregistered workers.

The south has recorded 907 cases and 17 deaths from COVID-19, according to figures Thursday when two new cases were declared, while the Turkish Republic of Northern Cyprus (TRNC) says it has had 108 cases and four deaths.

Turkey's intervention as a guarantor power in 1974 had stopped yearslong persecution and violence against Turkish Cypriots by ultranationalist Greek Cypriots. The TRNC was founded in 1983.