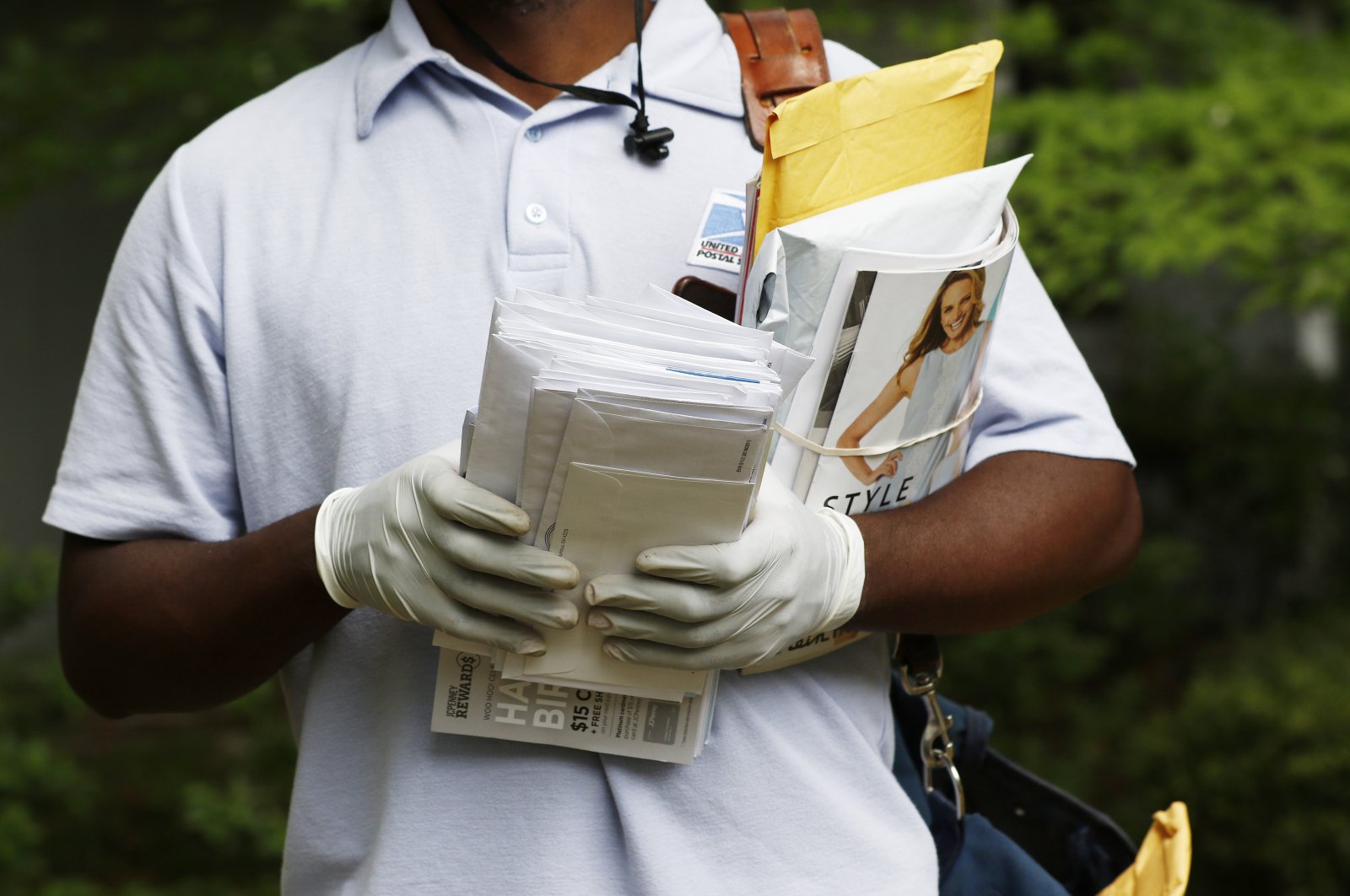 A Turkish family in the northern German city of Hamburg received a letter allegedly containing the coronavirus, with a message by the sender saying that they hope the family contracts the virus.

The incident came just after German police announced they don't believe the perpetrator of the terrorist attacks in Hanau was a far-right extremist.

Önder Koca received the letter Tuesday from an unidentified sender.

“I have a surprise for you. I have coronavirus and I coughed on this letter and licked it several times. I will not leave the world alone,” the sender said, adding that their final mission was to leave a foreigner-free Germany for their children and grandchildren.

“Die, die slowly. Leave Germany to the Germans. I wish bad things to happen to you, I hope the virus spreads among your family,” the anonymous sender said.

The letters ends by saying, “greetings to victory and Hitler.”

Lawyer Ender Demir from Istanbul Kültür University’s Faculty of Law said the German government needs to identify the sender and that German courts can impose a jail term of up to five years for the racist remarks and using prohibited symbols. Article 86a of the German Strafgesetzbuch (Criminal Code) outlaws the "use of symbols of unconstitutional organizations.”

Demir noted that if German authorities detect coronavirus on the letter, the perpetrator can also be charged with attempted murder.

He continued by saying that German authorities do not take enough action against racist crimes.

“The letter has anti-Turkish and xenophobic remarks against human dignity... Unfortunately, there has recently been an increase in such acts in Germany,” Demir told Demirören News Agency (DHA).

The Turkish minority in Germany has frequently been targeted in far-right attacks, while officials fail to take concrete action to prevent such violence.

Some 871 offenses targeted the Muslim community in Germany last year, according to a report by Germany's New Newspaper of Osnabrück.

Germany has been recording anti-Muslim crimes since 2017. The total number of cases in 2019 has not been officially announced but in 2018 there were 910, including 48 attacks on mosques alone. That year was a little lower than the number in 2017: 1,095 crimes. More than 90% were attributed to politically motivated crimes by the far-right. While the overall number of crimes has decreased, violent assaults have increased, according to news agency Die Tageszeitung. In 2017, authorities reported 56 anti-Muslim assaults resulting in 38 injuries. In 2018, there were 74 offenses and 52 injuries – including two attempted murders.

Every other day, throughout 2019, a mosque, a Muslim institution or a religious representative in Germany was targeted in an anti-Muslim attack, an inquiry by the Left Party recently showed. The figure was collated by the German Interior Ministry under the scope of the new "Attack Catalog," listing anti-Muslim attacks on cultural associations, cemeteries, mosques, religious institutions, representatives, symbols and other places of worship since January 2019. The catalog only contains a portion of all the crimes against Islam but has a broader scope than only listing the attacks on mosques.

In a speech following the attack, German Interior Minister Horst Seehofer acknowledged the crime as a "terrorist attack," while noting that it was the "third right-wing terrorist attack in just a few months." "Danger from right-wing extremism, anti-Semitism, and racism is very high in Germany," he said. Seehofer also dismissed references to the assailant's psychological state as being responsible for the killings. "The racist motivation for this crime is in my view incontestable and cannot be relativized by anything," he said.

Germany is home to 81 million people and the second-largest Muslim population in Western Europe after France.

Of the country’s nearly 4.7 million Muslims, at least 3 million are of Turkish origin.

Racist attacks targeting Muslims or immigrants increasingly make headlines as white supremacists become more efficient in an age where their ideals, or at least parts of them, are going mainstream. A large, unified group harboring a racist agenda against Muslims and immigrants does not exist at present, but copycat attacks apparently inspire more to take up arms.

Facing ballooning far-right extremism, Germany has been shaken by more than 100 bomb and death threats that were sent to lawyers, politicians and institutions last year by German neo-Nazi groups, local media reported, revealing the threat of a growing presence in the country.

The extremist group known as "Reichsburger" is considered a terrorist organization in Germany, where its members procure arms and ammunition. Reichsburger members do not recognize the modern German state as legitimate, citing technicalities about the fall of the Nazi Third Reich in May 1945. The Reichsbürgers have no leadership or "cells," but are loosely associated with each other only by some of their common ideas.

In October, Chancellor Angela Merkel's government outlawed the sale of guns to members of extremist groups monitored by security agencies and obliged online platforms to inform police about hate content. Those measures followed the killing of a pro-immigration German politician in June and an attack four months later on a synagogue and a kebab shop in Halle by an anti-Semitic gunman, who livestreamed his actions.