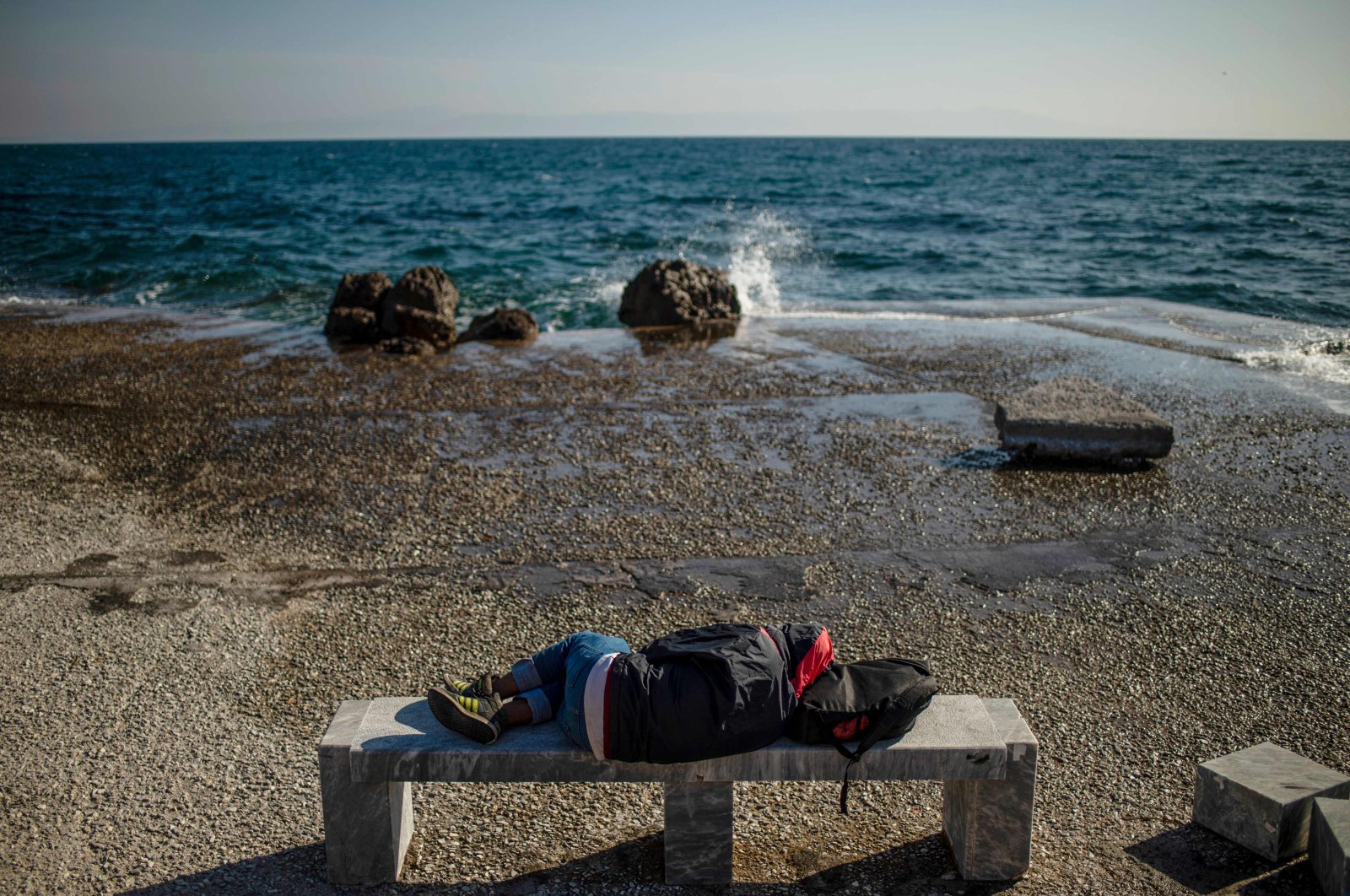 Ferry services between northwestern Turkey's Ayvalık and the Greek Island of Lesbos have been halted at the request of Greek authorities, said officials with the Turkish ferry service companies.

"Yes, the Greek side demanded so," one of the officials said. "We are not sure when the ferry services will operate again, but for now they are out of service.”

This development comes after Greek authorities ramped up measures to block travel to the island and block journalists from filming migrants surging toward the Turkish-Greek border.

Greece's response to migrants and asylum seekers trying to enter the country without prior authorization has been harsh, with at least two killed by Greek security forces and many others battered and teargassed.

The Human Rights Watch on Wednesday urged Greece and the EU to respect human rights in its response to Turkey’s new policy of not stopping migrants and asylum seekers trying to leave for Greece.

“The EU’s response should provide for shared responsibility, uphold the right to seek asylum and guarantee humane and dignified treatment to all migrants,” the watchdog added in the statement. “On March 1, 2020, Greece’s Governmental National Security Council decided to effectively suspend access to the asylum system for a month for people who crossed the border irregularly, a measure for which there is no legal basis or justification,” the Watch added in the statement published on its website.

Meanwhile, German journalist Michael Trammer was attacked on Lesbos by islanders. "My cameras were thrown in the water. I was beaten and kicked heavily. This lasted a while. No police on site, also as I left. Some locals that disagreed with what the attackers did took care of me," Trammer wrote on Twitter, sharing photos and videos from before and after the attack.

Illegal migrants take the Aegean, Mediterranean and the Black Sea routes to access European countries. The Aegean is the most popular as it is dotted with Greek islands in close proximity to Turkish shores. Before their travel to Turkey's Aegean shores, migrants typically enter Turkey from the country's southern or eastern borders.

Greek authorities used tear gas and water cannon to repulse an attempt by migrants to push through the border from Turkey Friday morning.

Thousands of refugees and other migrants have been trying to get into Greece through the country’s eastern land and sea borders over the past week after Turkey declared its previously guarded borders with Europe were open.

Many have been camping out near the border on the Turkish side, hoping to cross despite Greek insistence that its border is closed. Reporters were being kept away from the border area on the Turkish side but saw at least one bus full of people leaving the area Friday morning. It was unclear where the bus was headed.