Turkish Foreign Ministry to US: You don't have say in Turkey's domestic affairs 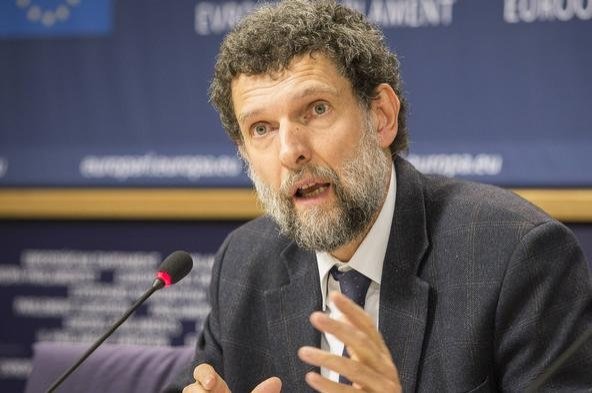 Turkey's Foreign Ministry released a statement on Tuesday as a response to a recent U.S. call for the release of Osman Kavala, a prominent tycoon accused of involvement in the Gezi Park riots of 2013. Underlining that the process is lawful and in the hands of Turkish courts, the statement called on Washington not to interfere with Turkey's domestic affairs.

"No country or no one has the right to give an order to Turkish courts regarding legal processes," said the statement, released by Turkish Foreign Ministry spokesperson Hami Aksoy.

Stating that the U.S.' remarks were not in accordance with the principles of rule of law, the statement continued: "There is an ongoing legal process on Osman Kavala. Everyone has to respect this process which has been conducted by the independent courts."

Reminding that back in February, a decision to release Kavala was taken at first and yet, due to new evidence against him, it was later decided once again to keep him in jail, Aksoy emphasized that Turkey is a state of law.

The spokesperson also targeted the U.S. over its conflicting stance in legal processes, recalling the arrest of Hakan Atilla, the former deputy director-general at the Turkish state lender Halkbank who was tried by the U.S. District Court for the Southern District of New York over the Reza Zarrab case and jailed for 28 months.

Kavala is often branded the "Turkish Soros" for his links to the controversial Hungarian-American tycoon George Soros. He is known for his close ties to the Peoples' Democratic Party (HDP), a party linked to the PKK terrorist group. He was detained in 2017 during an investigation into the riots that shook Istanbul and Turkey in 2013.

The indictment against Kavala and others accuse the suspects of financing and coordinating the actions and protests in 2013 while claiming that they had been involved and directed the aspects of an uprising since 2011. Prosecutors accuse defendants of holding a series of meetings to plan the riots and contacting foreign activists on how to launch riots. The prosecutors also said the defendants "at best wanted to force the government to resign or call early elections" and were making efforts "to prepare the grounds for a civil war or coup" if that did not happen. Several suspects also face charges of damage to property, unauthorized possession of hazardous substances, damaging houses of worship and cemeteries, violation of the law on firearms and knives, qualified robbery and bodily injury.