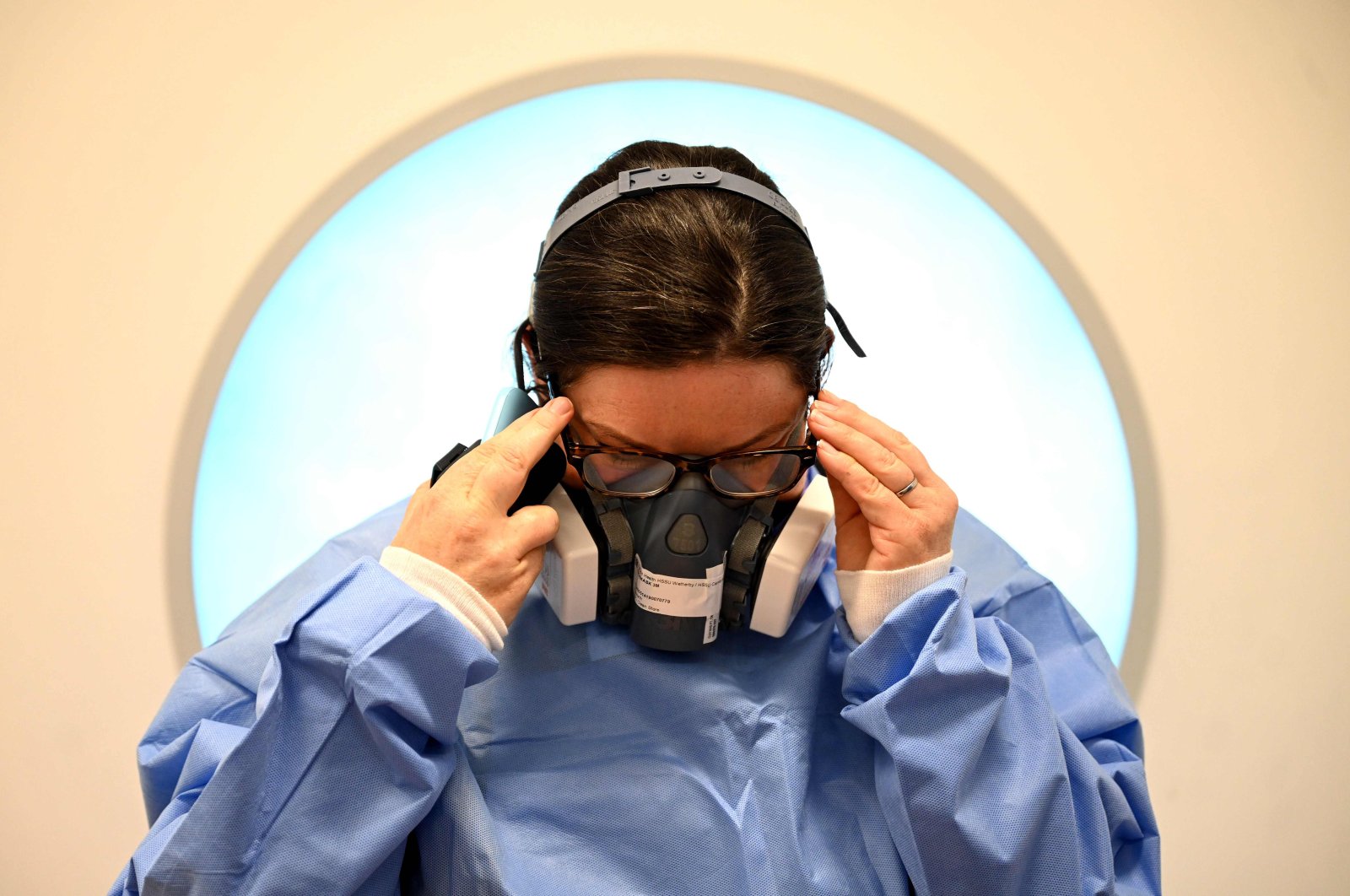 A member of the clinical staff adjusts her glasses as she dons personal protective equipment (PPE) including a mask and gown at the Intensive Care unit at Royal Papworth Hospital in Cambridge, on May 5, 2020. (AFP File Photo)
by DAILY SABAH May 07, 2020 5:24 pm
RECOMMENDED

A senior Turkish official on Thursday said the government was not involved in any stage of the production of some 400,000 Turkish-made personal protective equipment (PPE) that Britain rejected for reportedly not meeting safety standards.

“The PPE in question is commercial merchandise that a private company sold to the U.K.,” the senior official told media.

“This is a dispute between the buyer and a private company in Turkey, not an intergovernmental issue. There has been no such issue with the PPE Turkey donated to the U.K. The British government expressed their gratitude at the time,” he said.

The U.K. government said in a statement Thursday evening that just a small portion of the gowns sent from the private Turkish company was not conforming to the standards – the majority passed the test, adding that the 68,000 gowns supplied by the Turkish authorities also passed the quality tests. The Turkish government was very helpful during this process and accelerated the export permit as well as helping with the supply of protective gowns, the statement read.

The British Ambassador to Turkey Dominick Chilcott said in a series of Tweets that the news stories involving the so-called "useless PPE from Turkey" were not true. He said the U.K. was thankful for Turkey's aid in supplying PPE.

"The majority of the delivered products is still waiting to be tested in the warehouses in the U.K. and Turkey," Chilcott wrote in Turkish.

Meanwhile, Mehmet Düzen, an official from Selegna Tekstil, which produced the gowns, told the BBC that the company has not received any complaints from the National Health Service (NHS), the British embassy in Ankara, or British government officials regarding the quality the PPE.

"The fabric we supplied was certified. All the goods we used were certified," he told the broadcaster, adding that they were “ready to respond if there was a mistake.”