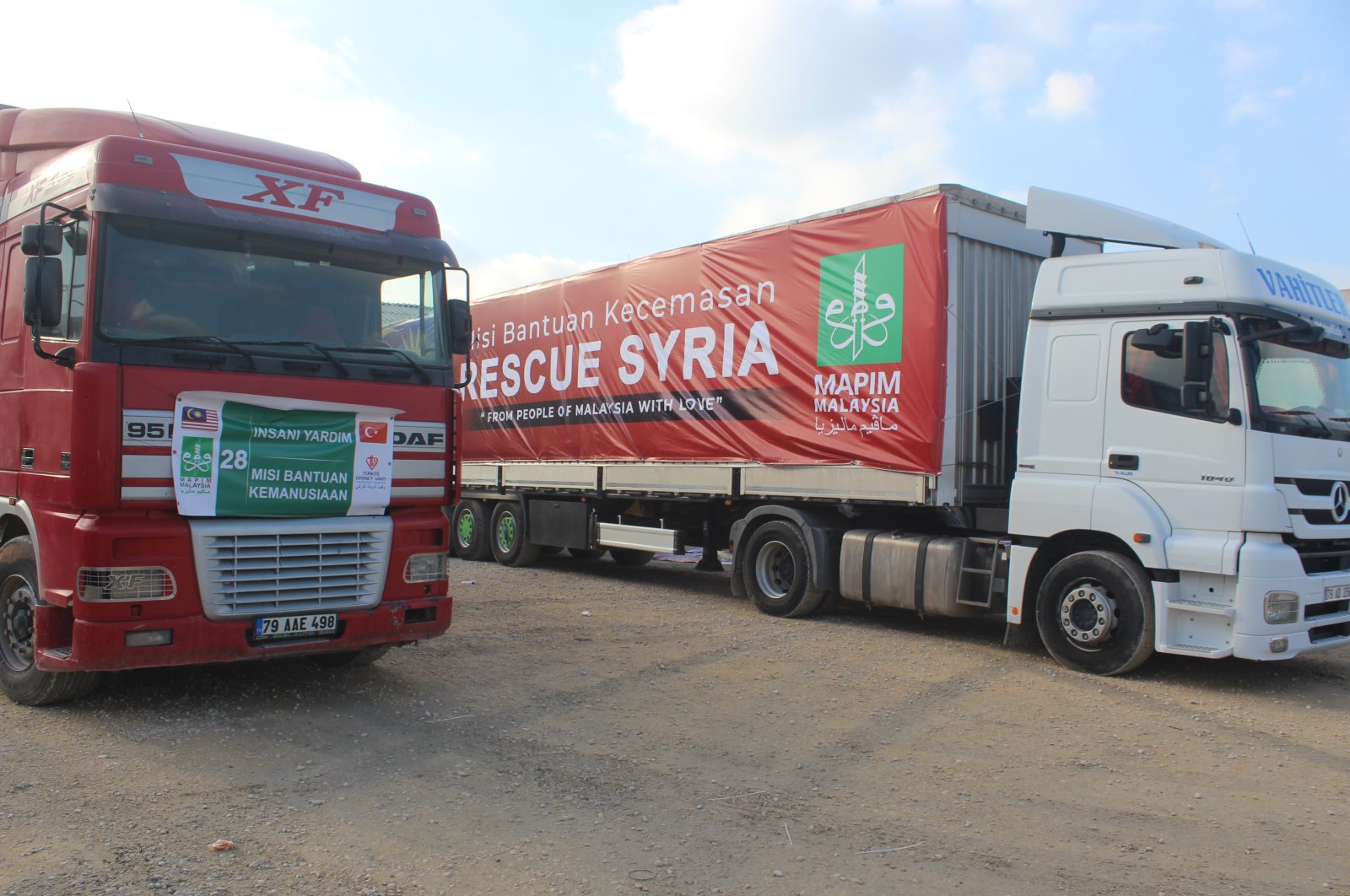 Trucks full of aid sent by the Türkiye Diyanet Foundation (TDV) and the Malaysian Consultative Council for Islamic Organization to Syria, Dec. 9, 2020. (AA Photo)
by DAILY SABAH WITH AA Dec 10, 2020 10:58 am

A Turkish and a Malaysian charity on Wednesday sent 30 truckloads of aid to areas of northern Syria liberated from terrorists through Turkey’s military operations.

The trucks departed from Turkey carrying food, blankets, coal and stoves after a brief ceremony in the border province of Kilis.

The aid was collected by the Türkiye Diyanet Foundation (TDV) and the Malaysian Consultative Council of Islam Organization.

Speaking at the ceremony, Ihsan Açık, the deputy chairman of the TDV’s board of trustees, said they carry out various humanitarian activities in Syria.

"We opened a school as of today. We are also building a large residential area," Açık stated.

"Our goal is to do our best to help our Syrian brothers and sisters see the end of this conflict as soon as possible," he added.