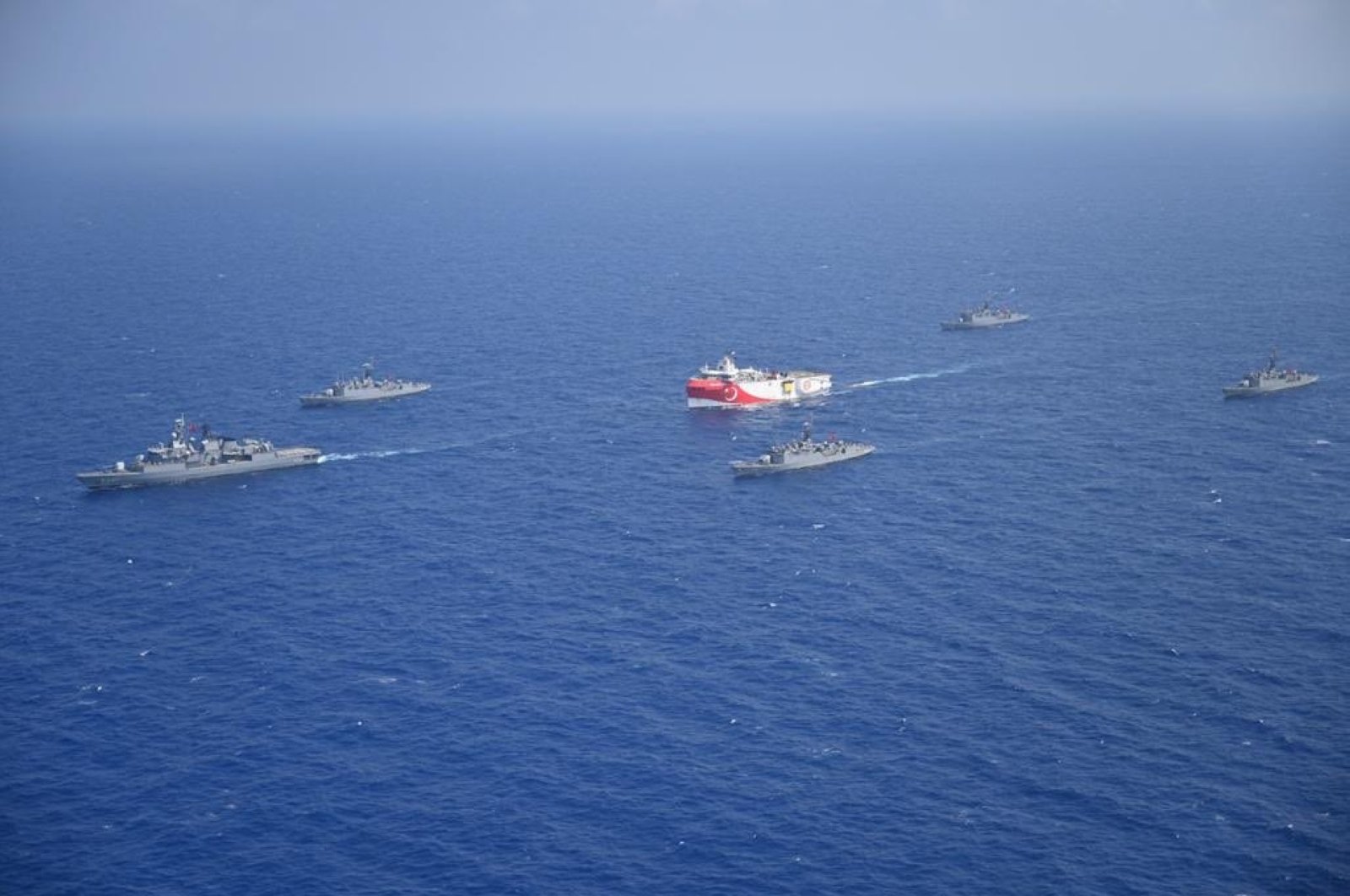 "The Turkish Armed Forces have taken all necessary measures within the framework of their determination to protect our rights and interests arising from international law in our maritime jurisdiction areas," it said.

The Foreign Ministry also shared a map showing the offshore survey activity of its seismic research vessel Oruç Reis within the country's continental shelf and borders of its exclusive economic zone (EEZ) in the Eastern Mediterranean.

Turkey announced in a navigational telex (Navtex) on Monday that Oruç Reis will conduct research in the region until Aug. 23.

Erciyes said on Twitter that Greece has created problems because of a 10-square-kilometer (3.86-square-mile) Greek island named Kastellorizo (Megisti-Meis) which lies 2 kilometers (1.24 miles) away from the Turkish mainland and 580 kilometers (360 miles) from the Greek mainland.

"Greece claims 40,000 km2 of maritime jurisdiction area due to this tiny island and attempts to stop the Oruç Reis and block Turkey in the Eastern Mediterranean," Erciyes wrote.

"This maximalist claim is not compatible with international law. It is against the principle of equity. Yet Greece asks the EU and the U.S. to support this claim and put pressure on Turkey to cease its legitimate offshore activities. This is not acceptable or reasonable," he said.

Erciyes stressed that these countries should instead ask Greece to stop its unjust, inequitable and absurd claims.

"It is Greece, not Turkey who creates tensions in the area due to such maximalist claims," Erciyes said.

Erciyes in his Twitter post also shared information on the maritime jurisdiction areas and how they should be delimited based on the principle of equity.

Last month, after Athens objected to Ankara's seismic survey in an area south of the island of Kastellorizo, German diplomatic efforts helped defuse tensions between the two neighbors.

But Greece's controversial move last week to sign a maritime delimitation agreement with Egypt, which Turkey says violates its continental shelf and maritime rights, has further sparked tensions between Athens and Ankara.