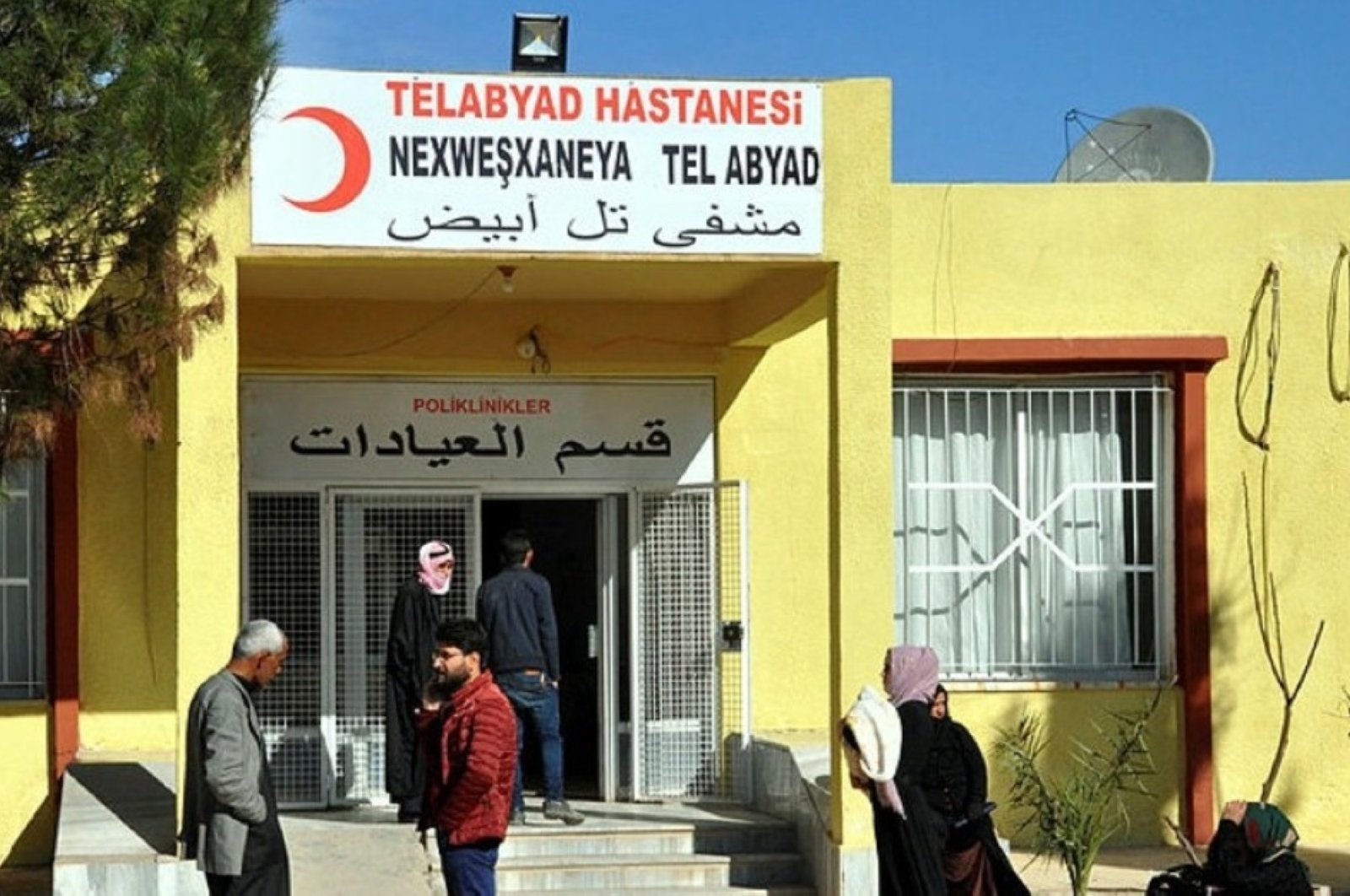 The health director of Turkey’s Şanlıurfa province, Emre Erkuş, visited and inspected a hospital in northern Syria’s Tal Abyad, which was cleared of terrorists by Turkish security forces during Operation Peace Spring.

According to a statement by Şanlıurfa’s Health Directorate, the hospital, which was burnt down by YPG/PKK terrorists, has continued to treat the wounds of Syrians after it was repaired by Turkey.

Erkuş, together with a group of health personnel, inspected the Tal Abyad Hospital and visited patients currently being treated there. The health director informed the Turkish doctors and medical workers at the hospital about Turkey's medical and military assistance in the area.

Tal Abyad is populated to a great extent by Arabs and was occupied by the Daesh terrorist group in 2014. A year later, the YPG/PKK occupied the city with the support of the United States. Tal Abyad was cleared of terrorists as part of Turkey's Operation Peace Spring on Oct. 13. Since then, locals have gradually returned with humanitarian aid being provided with the help of the Turkish Armed Forces (TSK) and the Turkish Red Crescent.

However, despite civilians' return, the majority of the province's population suffers from poverty, homelessness and unemployment due to the destruction caused by war.

In order to ease the suffering of the locals, various Turkish aid organizations launched mobilization work, intensifying their efforts in the region.

Operation Peace Spring, Turkey's third anti-terror operation, was launched on Oct. 9 to eliminate the YPG/PKK from northern Syria east of the Euphrates to secure Turkey's borders, aid in the safe return of Syrian refugees and ensure Syria's territorial integrity.

As civilians already struggle with damaged medical infrastructure and a lack of basic services due to years of war, a new threat emerged. Currently, there are 121 people infected with the coronavirus while four have lost their lives.

Due to limited testing capacities in the country, however, it is possible the actual number of cases is higher than reported. An outbreak in overcrowded camps, sites and communities would be disastrous in a humanitarian context already characterized by mass displacement, economic volatility and a health system weakened from years of conflict.

Yearslong sieges caused the deterioration of the physical health of many people who have suffered from malnutrition and widespread poverty. The overcrowding of shelters and camps is also ideal for the spread of the virus. The camps are generally in poor condition with a lack of access to water, hygiene facilities, medical aid and food.