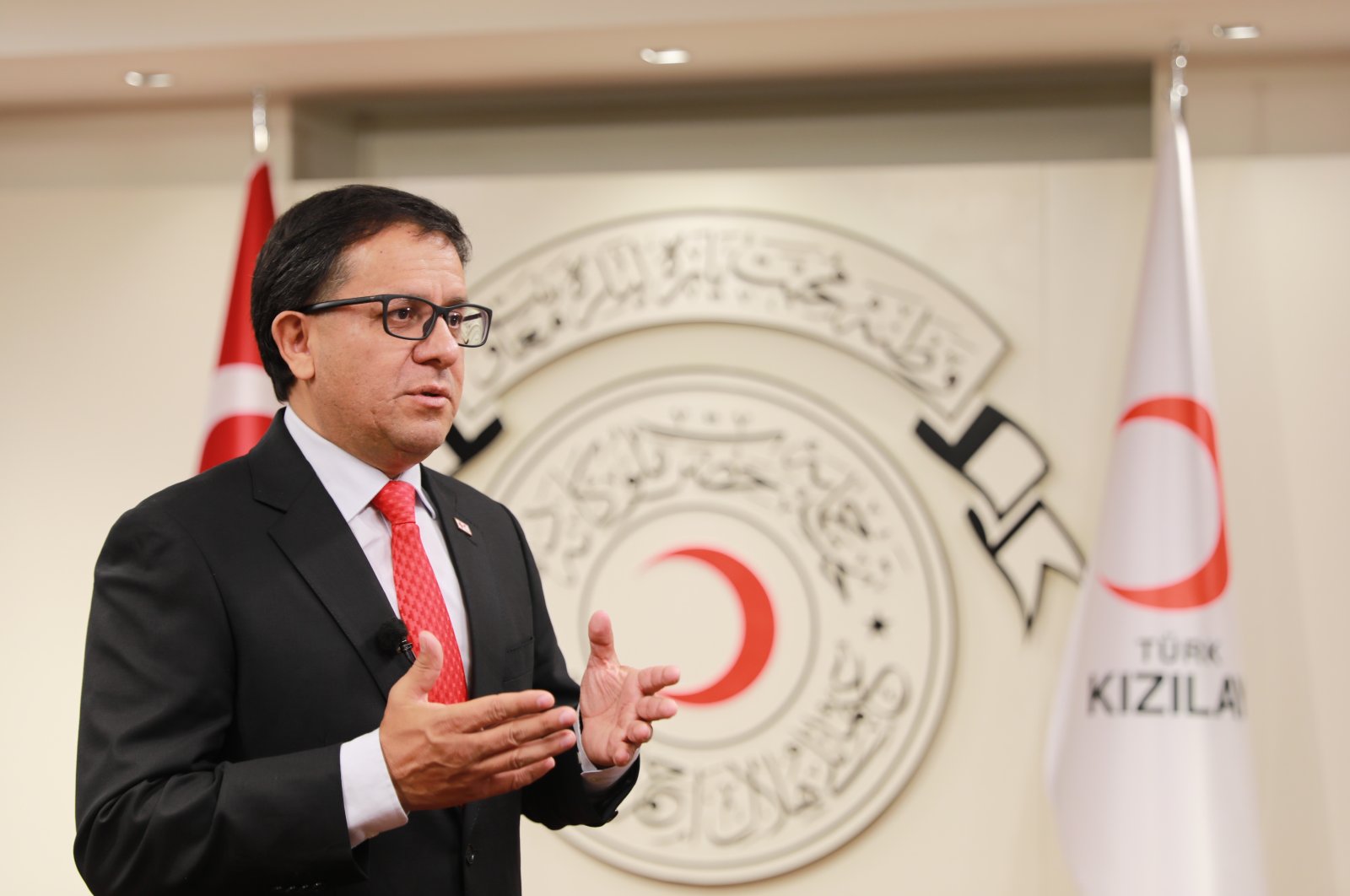 Citizens of Turkey should be proud of the work the Turkish Red Crescent (Kızılay) has been doing for people in need, and they also deserve gratitude for their solidarity with migrants and refugees from around the world, the deputy general secretary of the International Federation of Red Cross and Red Crescent Societies (IFRC) said.

Speaking to Daily Sabah during his visit to Turkey, Xavier Castellanos underlined the importance of the Turkish Red Crescent’s efforts for vulnerable people in need.

Castellanos added that Turkish citizens deserve gratitude for their solidarity, their tolerance and their capacity to welcome refugees from around the world in their country.

Underlining the important role of the Turkish Red Crescent in the federation’s international activities, Castellanos said that it is a very active member of the federation with its 17 offices outside of Turkey and is constantly providing support to other national societies around the world.

“Whenever it is an emergency or disaster, the Turkish Red Crescent is the first one to be willing to provide support, to mobilize the logistics, to mobilize their teams. So again, internationally speaking, it is a major contributor to the humanitarian world,” he said.

“Our interest is to explore, first of all, the learnings from Turkey and the Red Crescent society over the years, in terms of the support that is provided to migrants, how (it) can be transferred to other countries around the world, because it is something that deserves to be known. But at the same time, we want to see Turkey as a potential hub to support international initiatives," Castellanos said.

He noted that although this effort to develop Turkey as an international hub is in the preliminary stage, it is well worth pursuing, as Turkey and the Turkish Red Crescent have "vibrant leadership" that can help "move things forward in the humanitarian agenda."

Education is the main concern for refugees as youth and children make up the majority of Syrians taking shelter in Turkey. Turkey has so far reached out to almost 1 million Syrian children in its bid to provide them with an education. They attend public or charity-run schools, or schools set up in some refugee camps.

Castellanos also stated that the Emergency Social Safety Net Programme (ESNN) funded by the European Union and implemented in partnership with the IFRC and Turkish Red Crescent is the largest cash program ever implemented in the world.

He said this represents a huge responsibility for both IFRC and the Turkish Red Crescent in order to ensure quality and timely delivery and a high level of accountability.

“I am very happy to mention that the Turkish Red Crescent has really responded to the level that was expected in terms of the quality, delivery and efficiency that is needed,” Castellanos said.

“The ESSN program is unique in the sense that ... (it) allows you to have a process that dignifies the people that receive the financial assistance in a way that supports them, guides them, and at the same time, the national society is able to receive feedback on the quality of services that they are receiving,” he added.

The ESSN program delivers cash assistance to vulnerable people under Temporary and International Protection in Turkey, who have ID cards starting with the number 99 and aims to help migrants and refugees living across Turkey, outside of camps, to cover their basic needs such as food, shelter and clothing with dignity. The assistance is based on a vulnerability assessment and is delivered through the Kızılay Card.

“The capacity to reach communities is also of great importance. This requires an important network of the volunteers of the national society that are across the country, ensuring that the services and financial resources always reach the people. This requires a significant level of training for the volunteers. It requires good connections with the financial system in the country and a good capacity to demonstrate results to the donors," he said.

Touching upon other initiatives conducted through the partnership between the IFRC and the Turkish Red Crescent, Castellanos said that community centers are another fantastic example of helping local communities.

Castellanos mentioned that there are other types of cooperation between the IFRC and the Turkish Red Crescent which go beyond borders.

He said that in Bangladesh, home to the world's largest refugee camp, the Turkish Red Crescent supports IFRC operations to reach 260,000 people every day. Similar operations are ongoing in Afghanistan and 17 other countries around the world, he noted. "So our engagement with the national society goes beyond the traditional domestic (efforts) but also international engagement," he said.

“What we have here ... is a vibrant national society that also contributes in terms of knowledge and technical expertise to support other national societies as well," he said.

He also underlined that the IFRC has an office in Turkey and has had a presence in the country since 1994.

The IFRC is a worldwide humanitarian aid organization that reaches 160 million people each year through its 192 member national societies. It acts before, during and after disasters and health emergencies to meet the needs and improve the lives of vulnerable people. The seven "fundamental principles" that guide the work of the IFRC and its members are humanity, impartiality, neutrality, independence, voluntary service, unity and universality.

Castellanos said how they serve people is very important for them, and it produces the quality the IFRC aims for.

“The role of our team is to accompany the national society to ensure what we call DAPS: dignity, access, participation and safety. Those are the kinds of things that we try to put in action," he said.

Aid hub to be established in Istanbul

The officials said they have agreed to build a joint disaster and humanitarian aid center at Istanbul Airport. Kınık said Istanbul will become the global and operational logistics center of the IFRC. He added that due to Turkey's geographical position, this would be of great importance during disaster responses.

Castellanos said they were happy to be working with Turkey and had made future plans in various sectors. He praised the collaboration carried out with Turkey on the issue of refugees and migration.