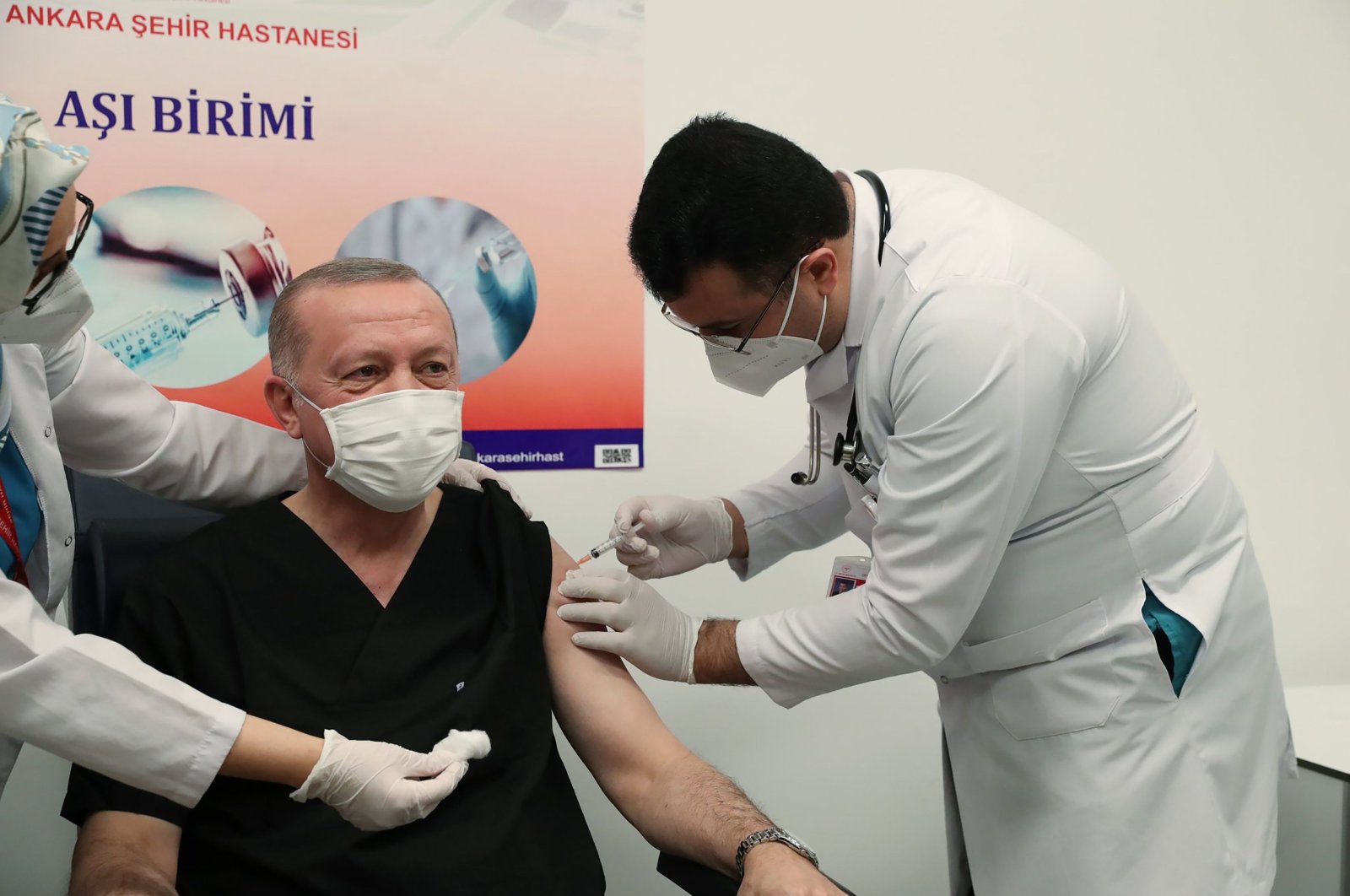 Turkish political party leaders heeded Health Minister Fahrettin Koca’s call to get vaccinated, a few days after the country launched its inoculation drive after the arrival of the Chinese-made CoronaVac vaccine.

President Recep Tayyip Erdoğan, the chairperson of the Justice and Development Party (AK Party) was the first political party leader to take the jab on Thursday.

“I got vaccinated too,” Erdoğan said on his Telegram channel, sharing several photos.

Health Minister Koca called the leaders of political parties to get vaccinated and said he thanks all of them for their courtesy.

Bahçeli announced it on his personal Twitter account, as he urged all people to get vaccinated when their turn comes.

The Chairperson of the Good Party (IP) Meral Akşener also announced that she was vaccinated upon the invitation of Koca.

The main opposition Republican People’s Party (CHP) Chairperson Kemal Kılıçdaroğlu also said he has accepted Koca’s invitation and will get vaccinated when his turn comes. He thanked frontline workers for their dedicated work and contributions in fighting the COVID-19 pandemic.

Turkey’s Medicines and Medical Devices Agency (TITCK) on Wednesday approved the emergency use of the vaccine. The approval came after a 14-day testing period, which began when the first shipment of the vaccine, containing 3 million doses, arrived in the country on Dec. 30.

Health Minister Fahrettin Koca and members of the ministry’s Coronavirus Scientific Advisory Board were the first to get shots late Wednesday. In the early hours of Thursday, mass vaccination started for thousands of health care workers across the country.

Last month, Turkish researchers said CoronaVac showed a 91.25% efficacy based on an interim analysis of 29 cases. A fuller analysis can take place when they reach 40 cases.