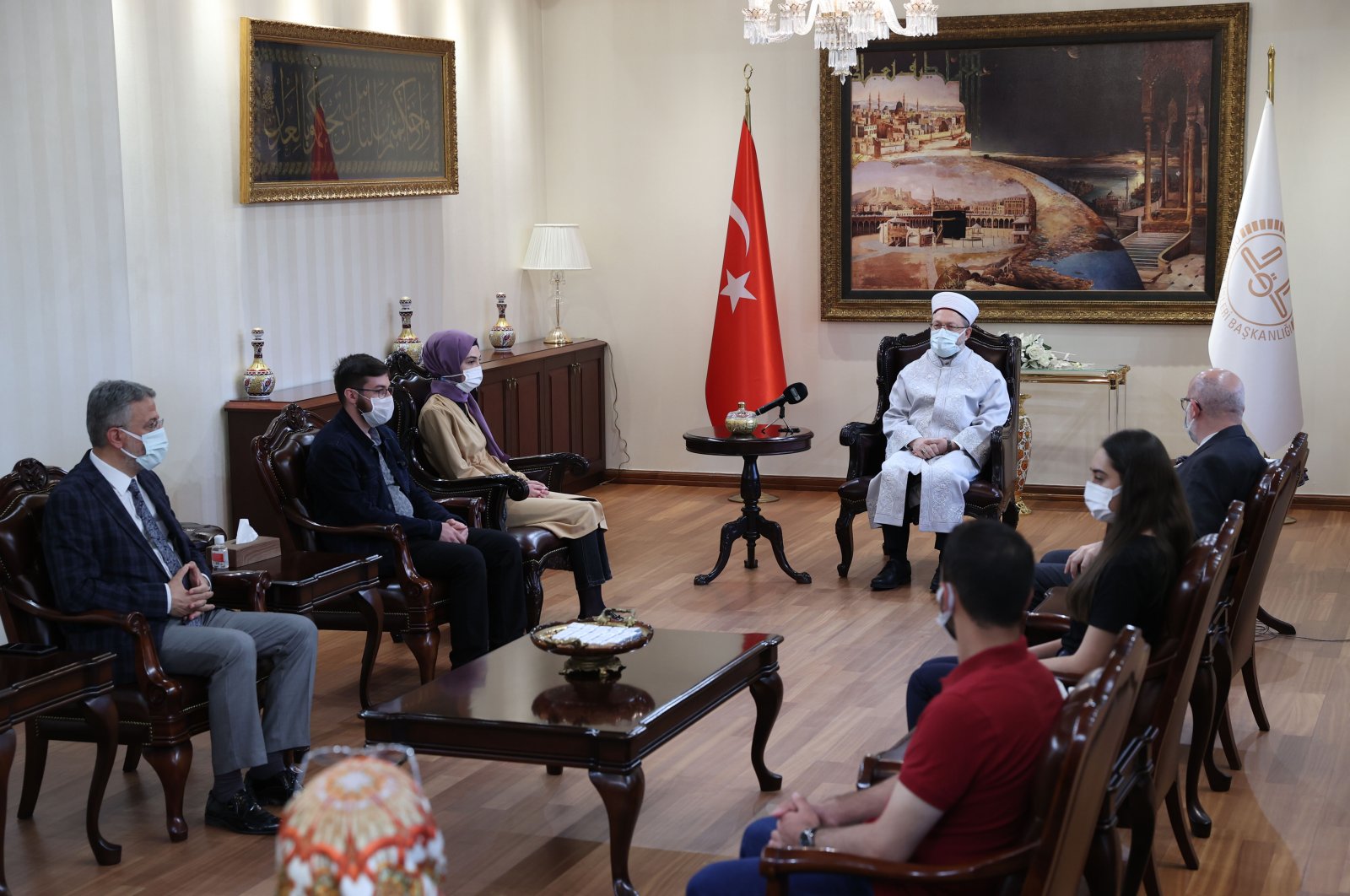 "Carry the Palestinian cause into the future without ever forgetting or ignoring it," the head of the Presidency of Religious Affairs (Diyanet) Ali Erbaş told a meeting with youth representatives in the capital Ankara.

Noting the recent international headlines on Jerusalem and Al-Aqsa Mosque, Erbaş said, "In 1948, an occupation state (Israel) was established there, with the plans of the Europeans, especially the U.K.," referring to the 1917 Balfour Declaration.

This state "occupied Palestinian lands. Since that day, this pain has continued," he told university students in the capital Ankara.

He added that they are working hard to explain the persecution taking place there to the world.

Tensions that started in East Jerusalem during the Muslim holy month of Ramadan spread to Gaza as a result of Israeli assaults on worshippers in the flashpoint Al-Aqsa Mosque compound and the neighborhood of Sheikh Jarrah.

The escalation resulted in airstrikes by Israel on Gaza, which has left at least 243 Palestinians dead and more than 1,700 others wounded since May 10, according to Palestinian authorities.

A cease-fire between Israel and Hamas, a Palestinian resistance group, started early Friday.

Israel occupied East Jerusalem during the 1967 Six-Day War and annexed the entire city in 1980 – a move that has never been recognized by the international community.