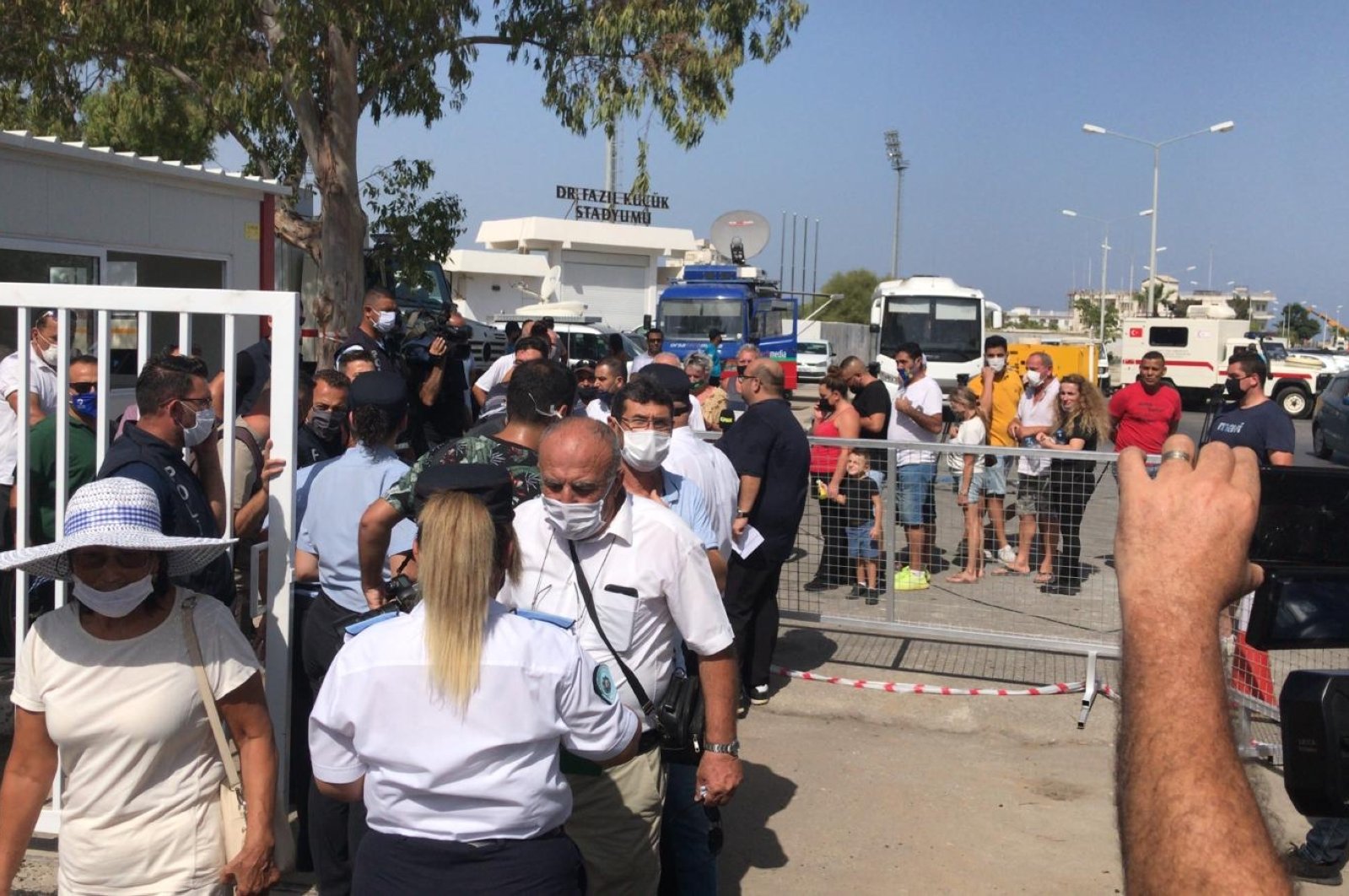 The Turkish Cypriot government partially reopened the beachfront area of the 'ghost town' of Varosha, which had been abandoned for 46 years, in a move welcomed by Turkey and opposed by Greece

The Turkish Republic of Northern Cyprus (TRNC) has partially opened public access in the town of Varosha (Maraş), which had been abandoned for the past 46 years, in a move welcomed by Turkey and criticized by Greece.

Residents will now be able to visit part of the coastline and Democracy Road.

The area was accessible to the public for eight hours, with broadcast footage showing guards behind barricades allowing in masked visitors, some in straw hats, others waving Turkish and TRNC flags.

Photos showed around 200 visitors pouring in to see the abandoned town, and authorities urged people to pay strict attention to precautionary measures due to the COVID-19 pandemic.

The Turkish Defense Ministry welcomed the initiative and congratulated Turkish Cypriots for opening the area to the public, which it said had major “symbolic meaning.”

“The beautiful beaches of Varosha, the pearl of the Mediterranean, have been filled with sounds of people after 46 years. I have full faith that Varosha will be a symbol of peace and prosperity and become the heart of the TRNC economy,” Oktay said on Twitter.

Meanwhile, Greek Cypriot leader Nicos Anastasiades criticized the opening of the ghost town, as he called it a violation of international law.

Greek Cypriot protests were planned along the United Nations-patrolled armistice line that divides the island.

Greece warned that it would join the Greek Cypriot administration in a new push for the bloc to impose sanctions on Turkey.

"Turkey must take a step back. If it does not, the issue will be discussed by EU leaders next week," said Greek government spokesperson Stelios Petsas.

EU foreign policy chief Josep Borrell said the bloc was "very concerned" about the reopening and stressed the "urgency of restoring confidence and not of creating greater divisions."

The U.N. Security Council was scheduled to meet on Thursday to discuss the reopening.

U.N. Secretary‑General Antonio Guterres voiced concern over the decision. He noted that the U.N.'s position on Varosha remains unchanged and "is guided by relevant Security Council resolutions."

Guterres said any unilateral actions that could trigger tensions on the island should be avoided and called on all parties to engage in dialogue to resolve differences, his spokesperson, Stephane Dujarric, said in a statement.

If the Greek Cypriots had accepted the 2004 U.N. Cyprus reunification plan, the Annan Plan, Varosha would now be back under Greek Cypriot control and its residents back in their homes.

If the Greek and Turkish sides had reached an agreement, Greek Cypriots will gain access to Varosha as well as Turkish ports and airports, and Turkish Cypriots will be able to engage in direct trade via the Gazimağusa (Famagusta) port.