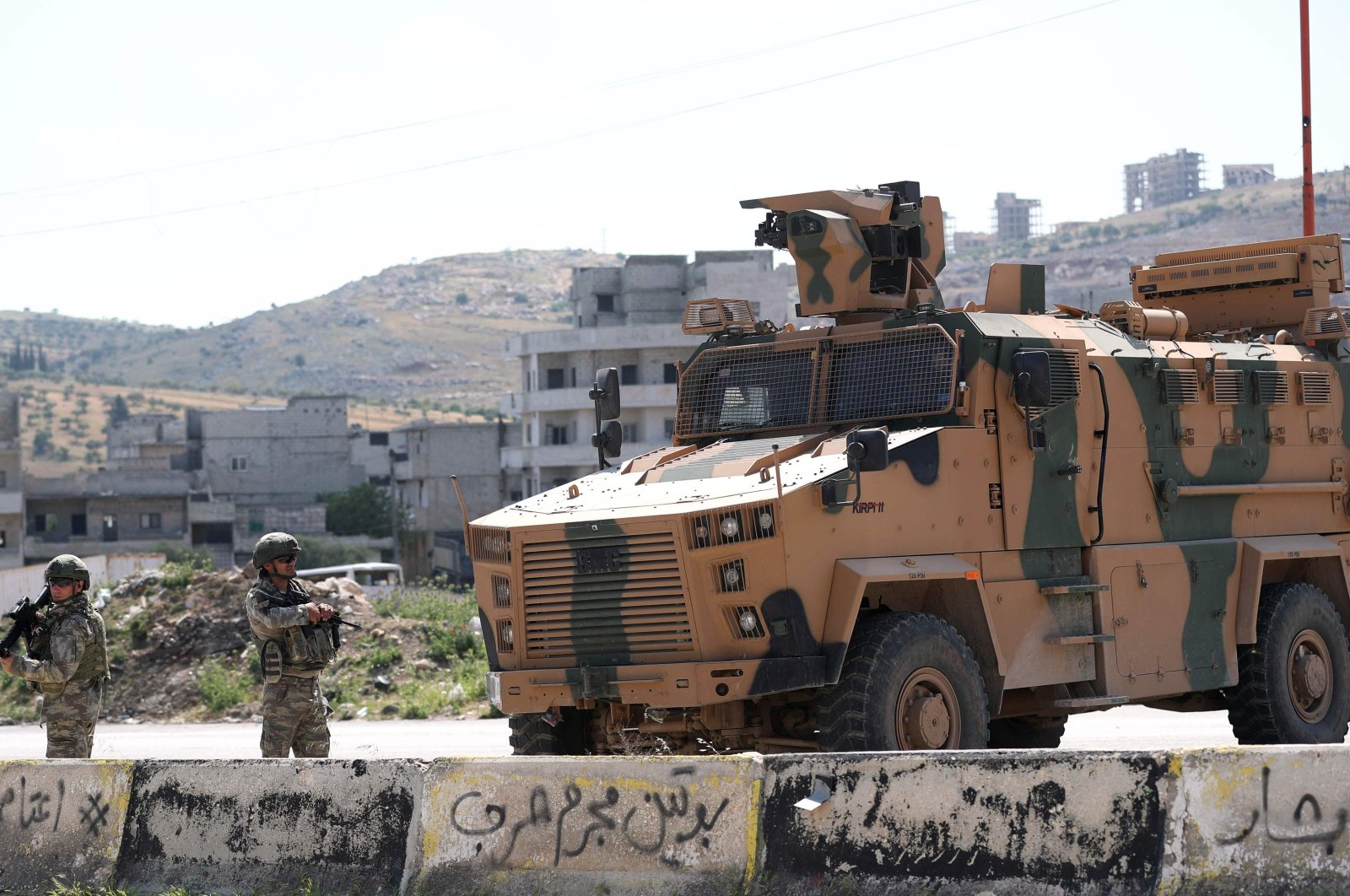 Turkish troops stand next to one of their armoured vehicles as they secure the road on the M4 highway between Saraqeb and Ariha in Syria's Idlib province, May 7, 2020. (AFP)
by DAILY SABAH May 07, 2020 12:22 pm
RECOMMENDED

"Within the framework of TUR-RF Agreement/Protocol, the ninth TUR-RF Combined Land Patrol on M-4 Highway in Idlib was conducted with the participation of land and air elements," the defense ministry said on Twitter.

The eighth joint patrol was carried out on May 5.

Especially since April 2018, the attacks on the last opposition stronghold dramatically intensified and caused new waves of refugees to move toward the Turkish border, putting the country, which already hosts 3.7 million Syrians, into a difficult position.

Currently, Turkish soldiers are stationed in the region to protect the local population and counterterrorism groups.