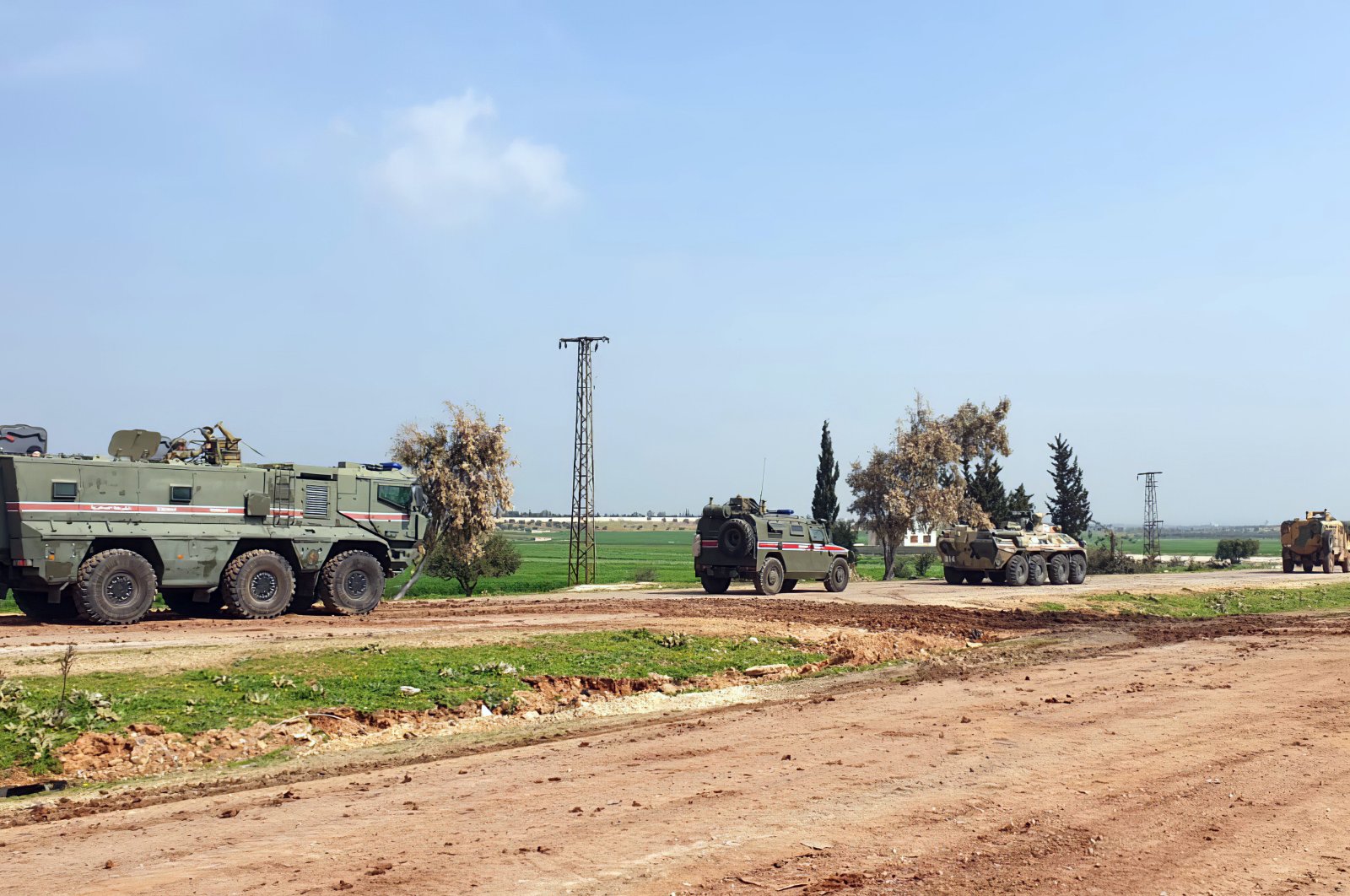 In this photo provided by the Turkish Defense Ministry, Turkish and Russian troops patrol on the M4 highway, which runs east-west through Idlib province, Syria, Sunday, March 15, 2020 (Defense Ministry Photo)
by DAILY SABAH May 20, 2020 11:26 am
Edited By Nurbanu Tanrıkulu Kızıl
RECOMMENDED

The Turkish and Russian militaries have carried out the 12th round of joint patrols on the M4 highway in Syria’s northwestern Idlib province, the Defense Ministry said Wednesday.

"The 12th round of Turkish-Russian joint land patrols have been conducted with the participation of land and air forces on the M4 in Idlib," the ministry said in a statement.

Idlib has long been under siege by the Assad regime's forces and its allies, and previous cease-fires for the region were plagued by violations.

Since April 2018, attacks on the last opposition stronghold have dramatically intensified and caused new waves of refugees to move toward the Turkish border, putting the country, which already hosts 3.7 million Syrians, into a difficult position.