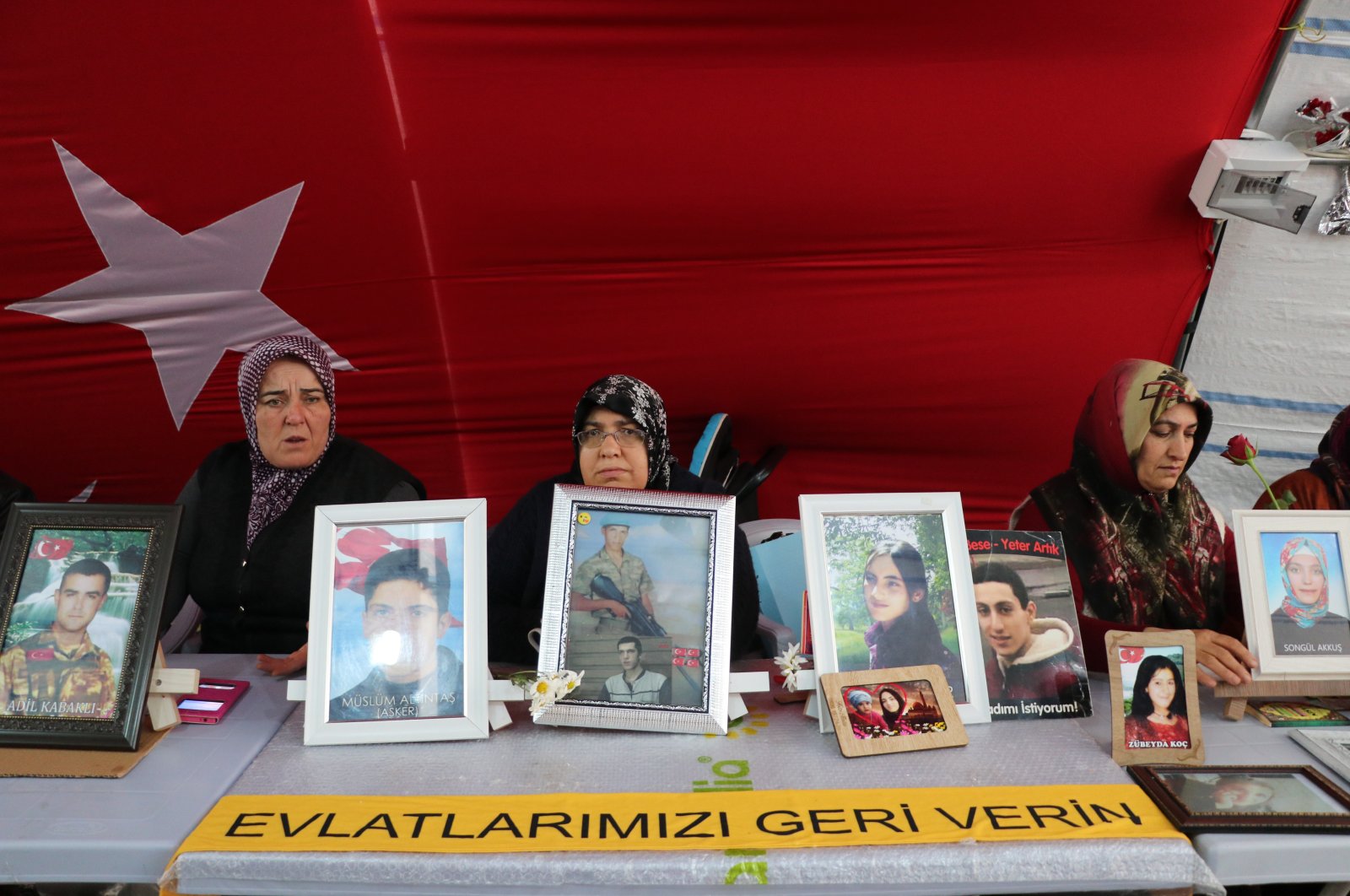 Two more families on Tuesday joined the sit-in in southeastern Turkey's Diyarbakır province, outside the provincial office of the pro-PKK Peoples' Democratic Party (HDP) to protest the abduction of their children.

Zeynep Akdoğan joined the sit-in on its 197th day for her son Ilhan who was abducted five years ago at the age of 19 in Hakkari province while Piruze Yiğit came for her son Savaş, abducted at age 15 when he was shepherding in the same province.

Yiğit in a statement in Kurdish underlined that she would continue her protest until she is rejoined with her child, who has been away for 11 years. Saying that the PKK and HDP are one and the same, Yiğit said, “The HDP has taken our children. The HDP and PKK are one. I saw the mothers on TV. I came to demand my child like them.”

Akdoğan also said her son was taken by the HDP. “Ilhan, come and surrender to our state. Many children have come. I want my son also to come. He was preparing for university and was a student. They misled him and forcefully abducted him. My son’s dreams are left half-finished,” she said, adding that she did not know if he was alive or not.

The number of protesting families has risen steadily over the past months as several rejoined their children thanks to the efforts of Turkish security forces.

The sit-in protests are a reaction against the outlawed PKK, a terror group that has abducted and recruited children, as well as the HDP, a political party which many of these families believe is in league with the PKK.

The HDP is accused by the government of having links to the PKK. The protesting mothers claim the party is responsible for kidnapping or tricking their children to join the terror group. The HDP, long facing public reaction and judicial probes over its ties to the PKK, is under pressure due to this growing civilian protest movement. Various groups from around Turkey have supported the Kurdish mothers in their cause, with many paying visits to show their support. The protest started when Hacire Akar turned up on the doorstep of the HDP’s Diyarbakır office one night. A week later, on Sept. 3, 2019, families inspired by Akar transformed her solo stance into a collective sit-in protest. Akar’s son Mehmet returned home on Aug. 24, giving hope to other families.