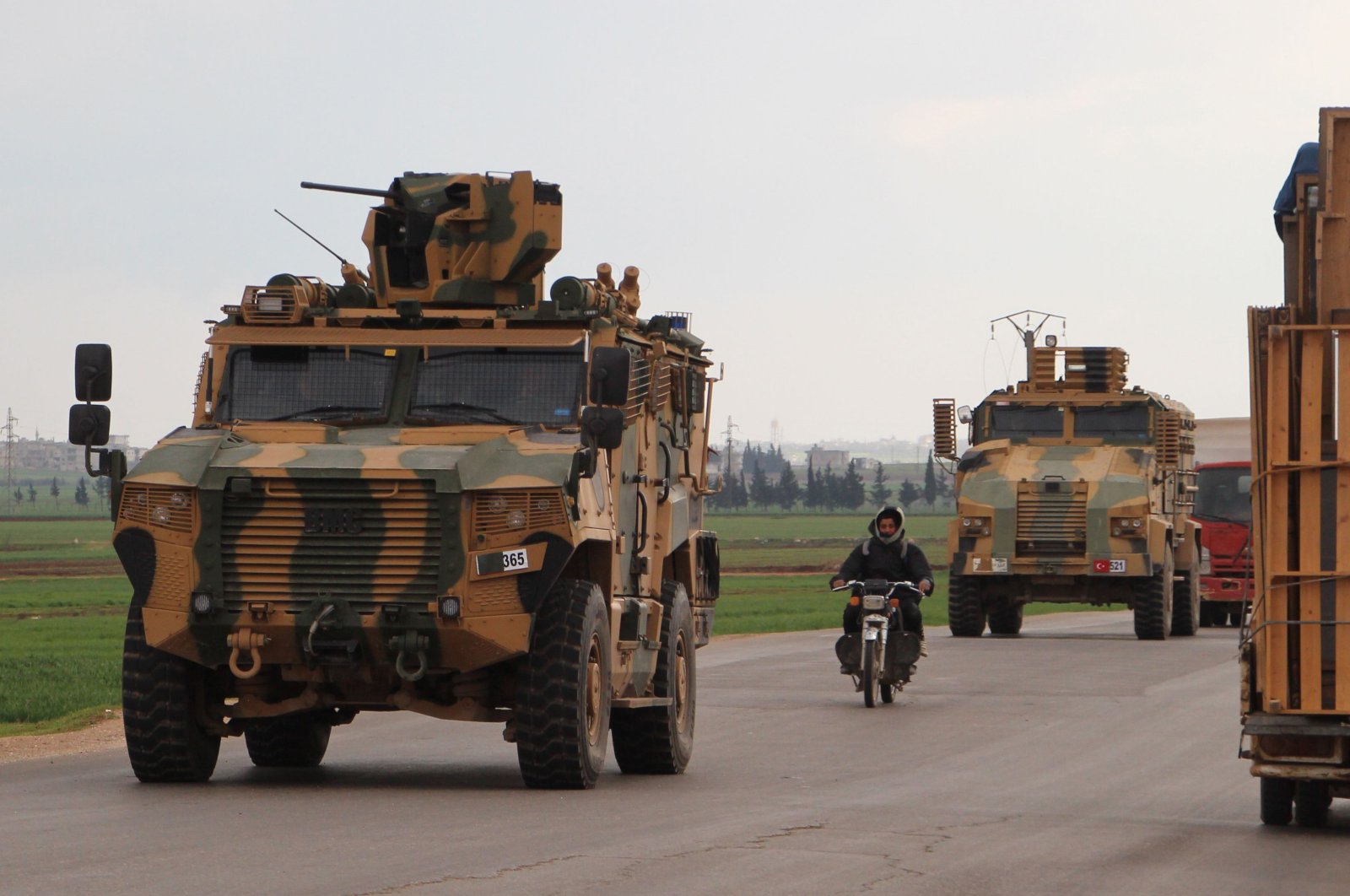 A Turkish military convoy drives on the highway between Bab al-Hawa, crossing on the border with Turkey and the opposition-held town of Ariha, in the northwestern Syrian province of Idlib on March 17, 2020. (AFP Photo)
by DAILY SABAH Mar 20, 2020 7:33 am
Edited By Dilara Aslan
RECOMMENDED

Two Turkish soldiers were killed and another was injured in a rocket attack by radical groups in northwestern Syria's Idlib de-escalation zone, the Turkish Defense Ministry said on Thursday.

"Regions that had taken fire immediately determined the targets and proportionally retaliated," said the ministry.

Meanwhile, in a Twitter post, Turkish Defense Minister Hulusi Akar extended his condolences to the families of the soldiers and the nation.

President Recep Tayyip Erdoğan and his Russian counterpart Vladimir Putin had recently reached a cease-fire agreement in Moscow. The cease-fire deal came amid recent clashes between the Turkish military and Syrian regime forces that left many dead on both sides. As part of the agreement, all military activities were to end in Idlib and a security corridor was to be established 6 kilometers (3.7 miles) deep to the north and to the south of the M4 highway.

Since April 2018, the attacks on Idlib, the last opposition stronghold, dramatically intensified, causing new waves of refugees to flow toward the Turkish border, putting the country, which already hosts 3.7 million Syrian refugees, into a difficult position.

As a result, Turkey, which has the second-largest army in the transatlantic NATO alliance, has funneled troops and equipment into the region in recent weeks to stop the Syrian regime's advance and avoid another wave of refugees.

When more than 50 Turkish soldiers were killed in regime attacks last month, however, the incident acted as a tipping point in regional tension. In response, Ankara launched Operation Spring Shield against regime targets in Idlib.