UAE urges US to intervene in Libya against Turkey, letter shows 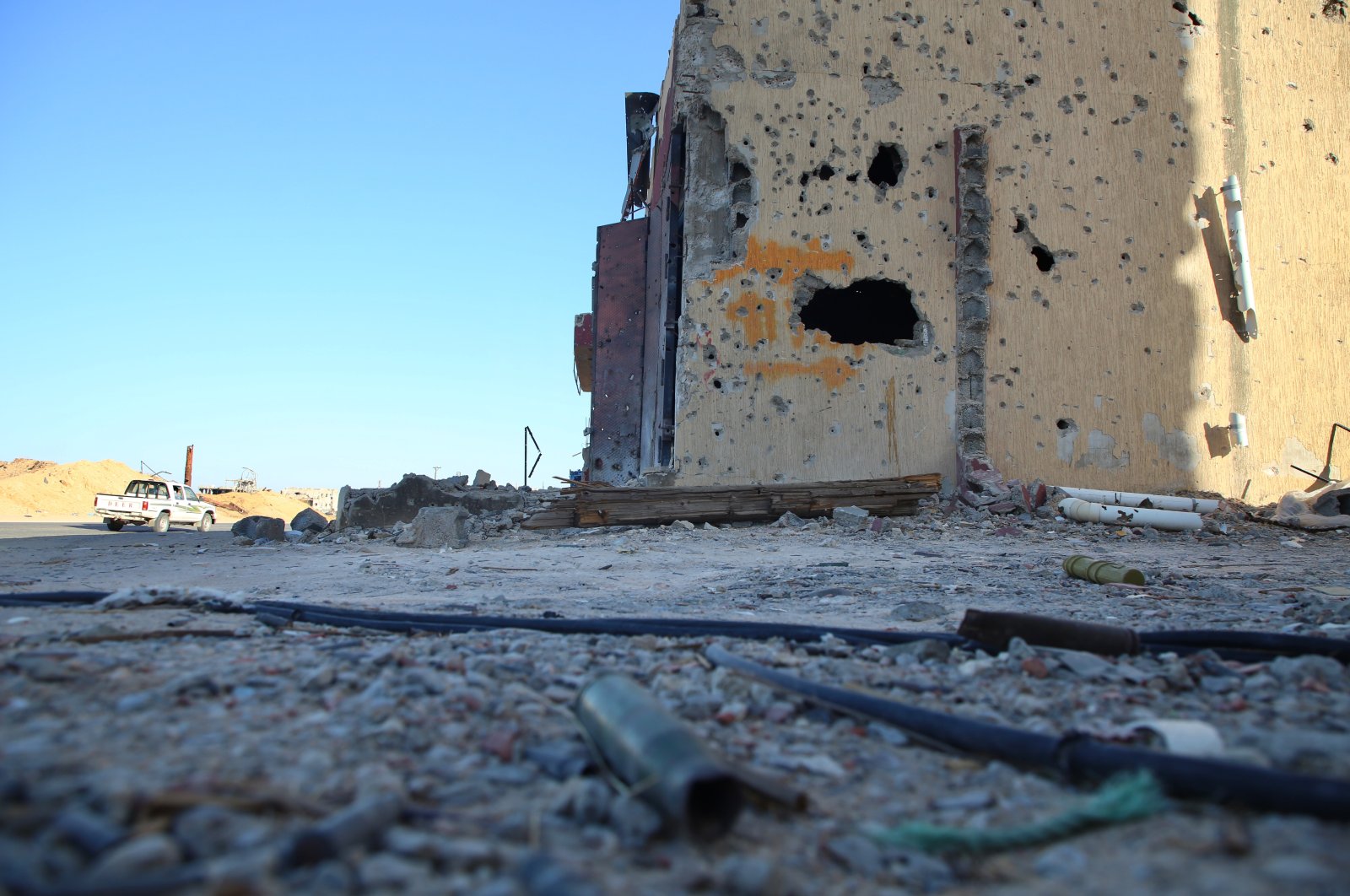 The United Arab Emirates is lobbying the U.S. to intervene in the Libyan civil war, a document obtained by TRT World shows, aiming to help turn the tide back to the advantage of putschist Gen. Khalifa Haftar who has been trying to seize the capital Tripoli from the U.N.-backed government in a 14-month-long offensive.

"Unless Turkey's actions in Libya are checked, this could easily go from bad to worse," Emirati Ambassador to the U.S. Yousef al Otaiba emphasized in a letter to U.S. officials, TRT World said Monday, publishing an image of the message.

Otaiba’s message was delivered by Hagir Elawad, a former legislative affairs director of the UAE’s embassy in Washington, and an employee of the lobbying firm Akin Gump, in an email sent on June 22 addressed to "Friends."

“Turkey has continued to push and provoke near Sirte and has deployed Navy vessels off the coast. Our analysis is that this is being done very deliberately to bait Egypt into entering and right now, Egypt is seriously considering it,” Otaiba wrote, adding, “What could come next is a direct military confrontation between Egypt and Turkey.”

The email said that Turkey was escalating the conflict by sending “terrorists” to Libya and attempting to lure Egypt into the conflict by deploying naval vessels near Egypt’s Mediterranean coast.

Haftar, based in eastern Libya, launched an offensive to try to take the capital Tripoli and control of the country from the internationally recognized Government of National Accord (GNA) with the backing of Russia, the UAE, Egypt and France. Weapons and mercenaries have poured in to support the warlord, stymieing the United Nations' efforts to establish permanent peace and stability in a country that has been torn by violence, militias and foreign interests since the 2011 toppling of longtime ruler Moammar Gadhafi.

Yet, Haftar’s unsuccessful 14-month assault was reversed when the GNA gained the upper hand in the war after retaking a number of strategic gems including the city of Tarhuna and the al-Watiya air base earlier this month with Turkish backing. After suffering a series of setbacks, the offensive stalled and Haftar's forces have since been in retreat. According to the U.N., Haftar’s failed campaign to capture Tripoli set off a humanitarian crisis, with 1 million people in need of aid and almost a half million people internally displaced.

In a recent televised speech from the Egyptian city of Matrouh near the Libyan border, Egyptian President Abdel-Fattah el-Sissi suggested that Cairo could launch "external military missions" into Libya "if required," saying that "any direct intervention in Libya has already become legitimate internationally."

El-Sissi told his army to "be prepared to carry out any mission here within our borders, or if necessary outside our borders” and warned that any attack on Sirte or the inland Jufra military air base by the GNA would amount to crossing a “red line.”

The UAE, on the other hand, has been similarly sowing chaos in the war-torn country. Human Rights Watch (HRW) in late April confirmed that an airstrike by the UAE on a biscuit factory south of Tripoli, on Nov. 18, 2019, killed eight civilians and injured 27 others.

Additionally, last month, a confidential U.N. report revealed that two Dubai-based companies have been sending Western mercenaries to support Haftar in his offensive.