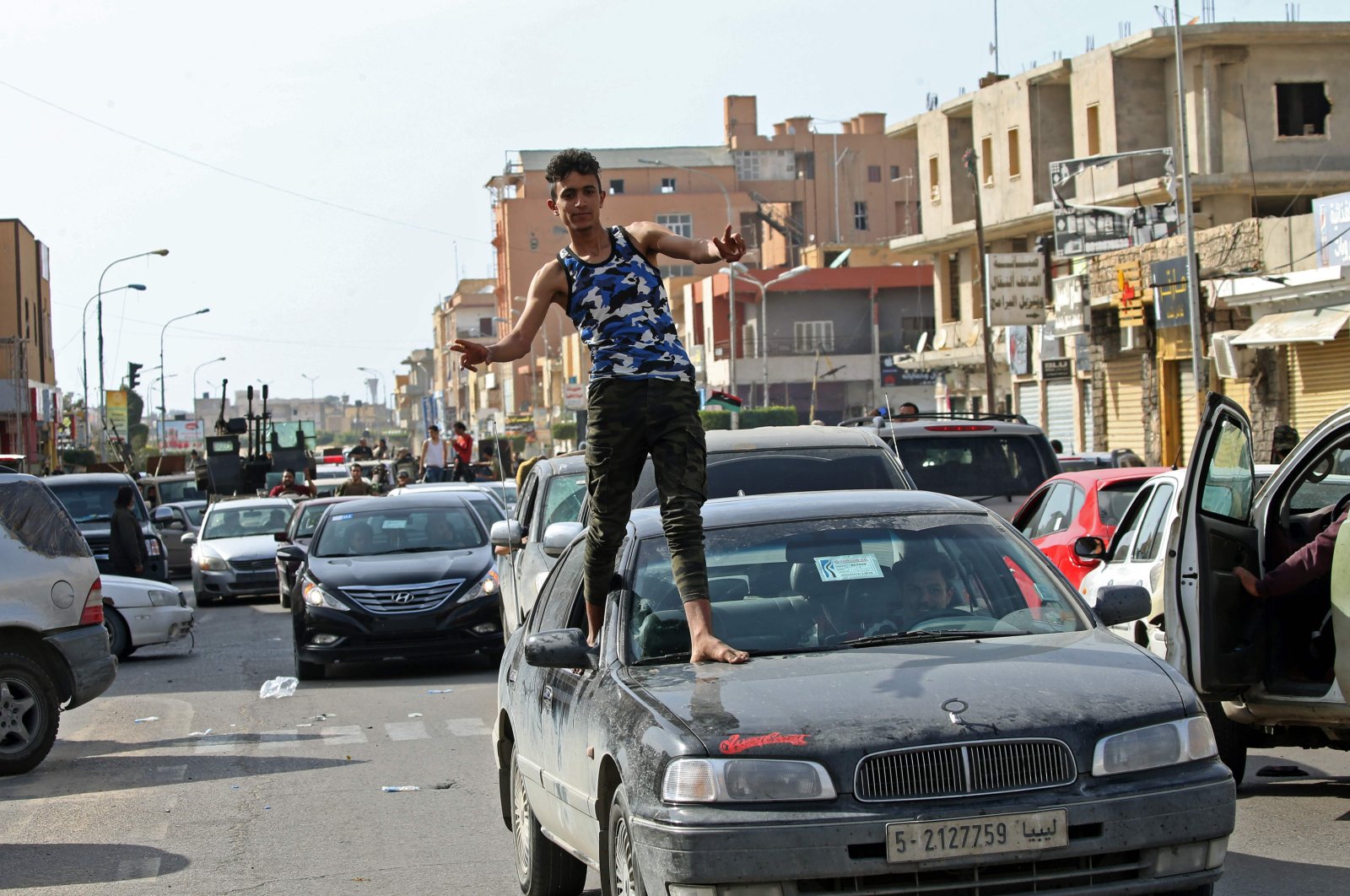 A Libyan man gestures in celebration as fighters loyal to the UN-recognized Government of National Accord (GNA) drove into the coastal city of Sabratha after it seized two coastal cities between Tripoli and the Tunisian border from troops backing Khalifa Haftar, Sabratha, Libya, April 13, 2020. (AFP Photo)
by Anadolu Agency Apr 18, 2020 11:31 pm
RECOMMENDED

On Saturday morning, forces of the Tripoli-based GNA launched a military operation to re-capture Tarhuna, a town of strategic value for Haftar and his last major stronghold in the area surrounding Tripoli.

The media office of the GNA-led Burkan Al-Ghadab (Volcano of Rage) Operation said on Facebook that the government forces captured 102 Haftar-affiliated fighters as of 4:30 p.m. local time (1430GMT), as well as a Howitzer, four tanks, four military vehicles and a mortar.

The office posted footage showing government forces seizing a tank from the Kaniyat militia – also known as the 9th Brigade – garrisoned in the town.

In a separate statement, the GNA forces said they carried out 17 airstrikes against the Haftar-held Tarhouna since morning.

Tarhuna is strategic for Haftar as it is a major focal point for his militias in their onslaught against Tripoli, as well as for their supply lines from the Al-Jufra airbase.

Meanwhile, 10 civilians, including four children, were injured as a result of the Haftar forces' bombing of the capital Tripoli, according to the GNA's Health Ministry.

Since the ousting of longtime ruler Muammar Gaddafi in 2011, two seats of power have emerged in Libya: Haftar in eastern Libya, supported by Egypt and the United Arab Emirates, and the GNA in Tripoli, which enjoys U.N. and international recognition.