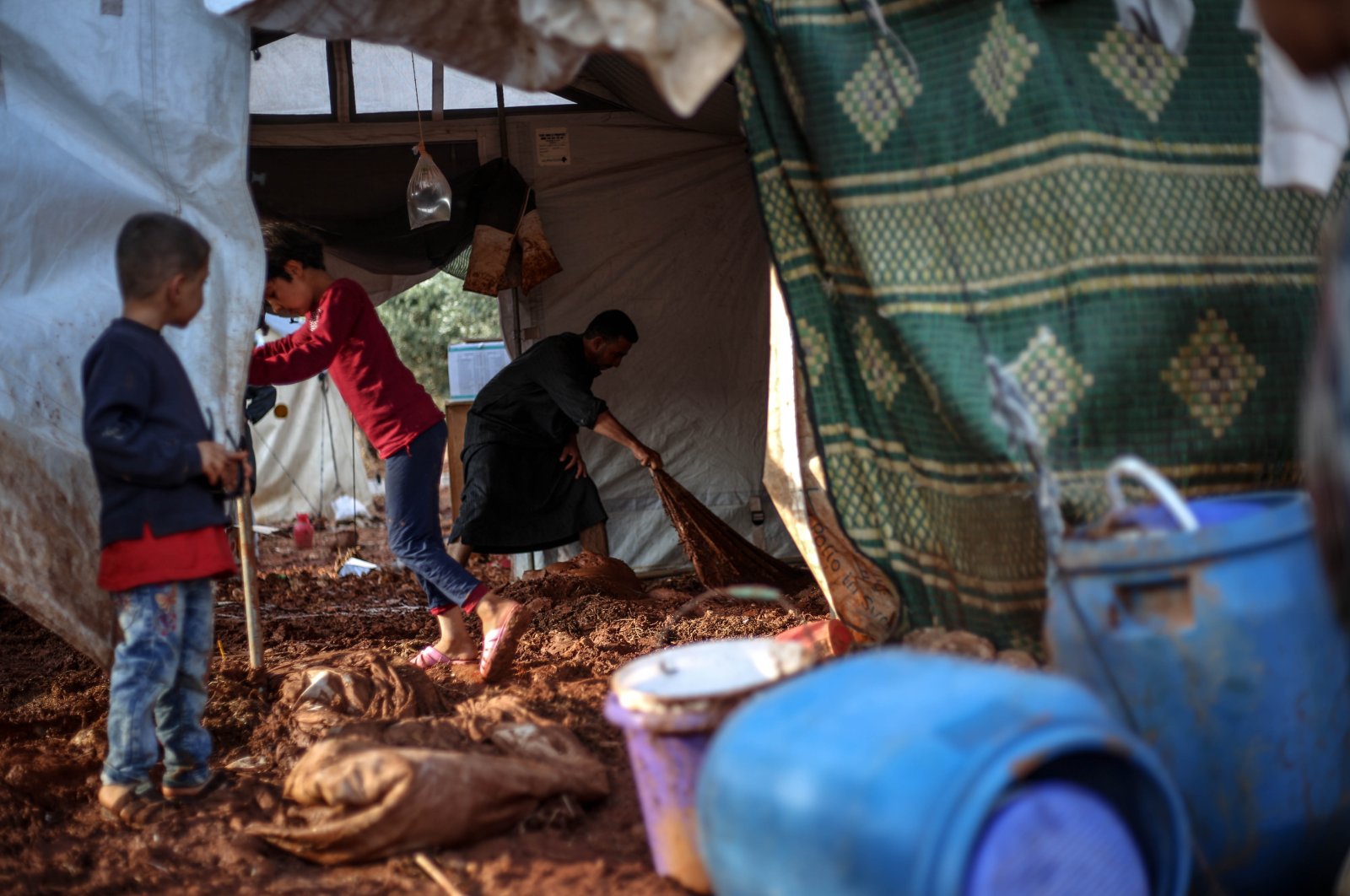 The Britain-based Syrian Observatory for Human Rights said bad weather caused heavy damage in several refugee camps near the village of Moureen, west of the city of Idlib.

The heavy torrential rain and floods submerged dozens of tents and displaced Syrians originally from the eastern countryside of Idlib, the watchdog said.

It added that the children who died had drowned in the floodwaters brought by the heavy rain.

“In northwestern Syria, a million people who fled Syrian/Russian bombs are living in tents that neither protect them from the summer heat nor winter cold. They’re asking for new camps 'of stones instead of cloth.' We must ensure safer, more dignified living conditions,” U.N. Deputy Regional Humanitarian Coordinator Mark Cutts said Sunday.

The overcrowded tent camps in the country’s northwest filled up once again after the Bashar Assad regime launched an offensive on Idlib, the last opposition stronghold, last December. One million Syrians were displaced as a result of continuous Russian-backed airstrikes on civilian settlements, the largest one-time displacement in Syria’s almost 10-year war, the U.N. said. Camps with already poor conditions became a greater concern amid the global spread of the coronavirus pandemic as maintaining social distancing and hygiene were nearly impossible.

Apart from COVID-19, tents are also frequently plagued by fires that spread easily in the crowded camps and cost the lives of many.

Even though around 280,000 displaced people returned to Idlib after the March cease-fire, many once again fled when Russia resumed its attacks on the province this month, fearing a renewed potential offensive. Refugees in limbo now have to decide whether they prefer to risk an outbreak of COVID-19 in the camps or risk facing another escalation of conflict in the cities.

Turkey and Russia agreed to a cease-fire in March to halt the further escalation of violence in Syria’s northwest following the regime’s attacks.

Meanwhile, two Turkish charities on Monday sent six trucks carrying humanitarian aid to Idlib. The truckloads of supplies, including flour, clothing and dry food, provided by the charities Adana Dosteller and Eskisehir Günışığı entered Idlib through the Yayladağı border crossing of Turkey's southern Hatay province. The aid will be distributed among families living in tents in Idlib.