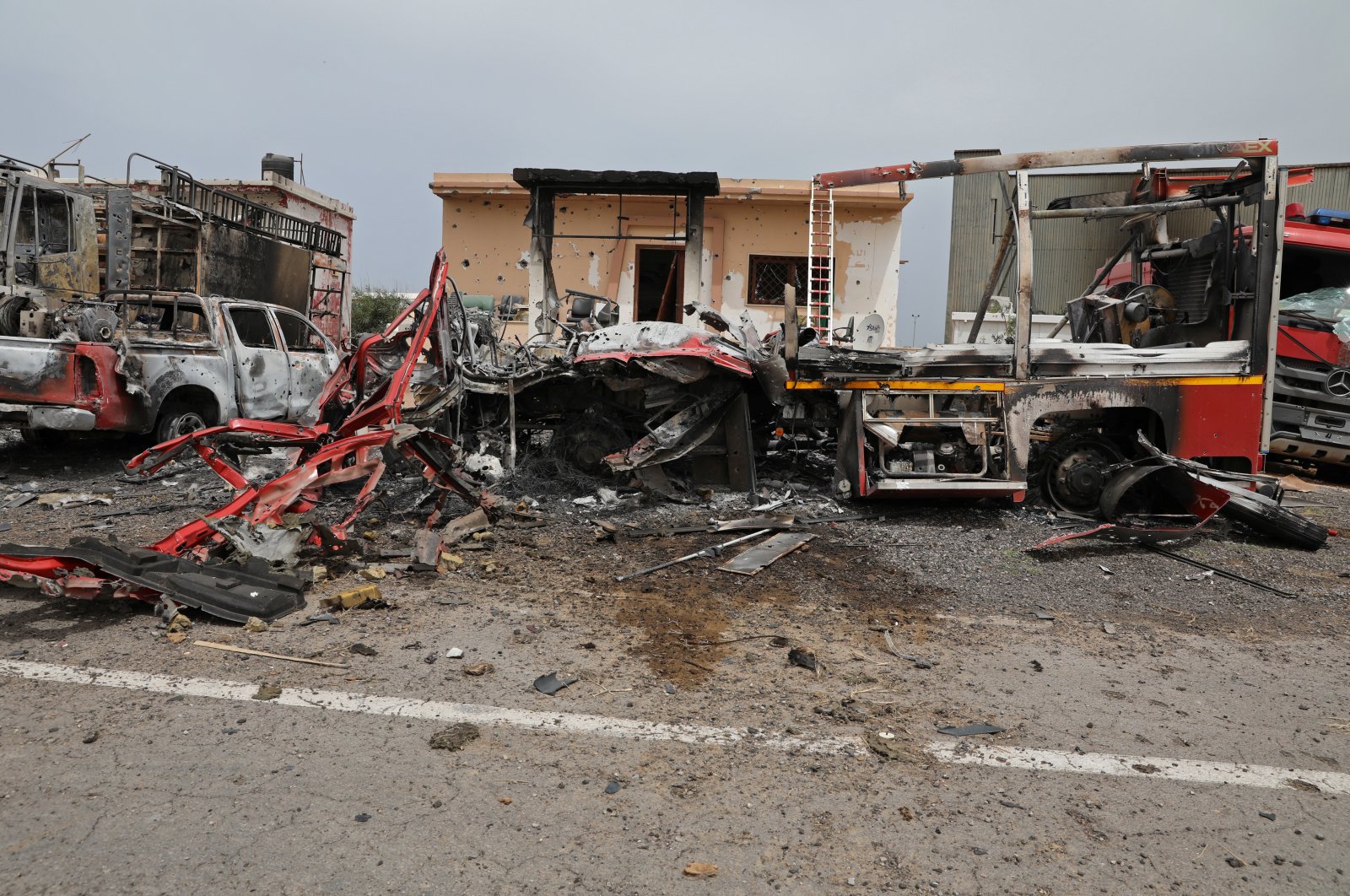 The U.N. reiterated its calls for an end to fighting in Libya and the halting of civilian infrastructure targeting, as the toll of the war rises with almost 750,000 people still in conflict areas

As putschist Khalifa Haftar pursues his attempt to seize the Libyan capital Tripoli, escalating tensions and conducting attacks on residential areas, schools and hospitals, United Nations Secretary-General Antonio Guterres urged for a halt of hostilities at a time when the war-ravaged country should be focused on combating the coronavirus pandemic.

In a daily briefing on Monday, U.N. spokesperson Stephane Dujarric stated that Guterres renewed his call for the halt of military operations and called for dialogue to find a political solution. He conveyed that the U.N. chief was deeply concerned by the latest developments in Libya and condemned the attacks on the Turkish and Italian embassies and the only operating airport in the capital, Mitiga International Airport.

On Thursday, Haftar forces shelled an area in Tripoli where the embassies belonging to Turkey and Italy in Tripoli was shelled by Haftar forces. Libya's Government of National Accord (GNA) said at least four civilians, including a child, were killed when more than 100 rockets rained down on the capital and its only working airport Saturday.

Deadly attacks by Haftar on diplomatic missions in Libya and on the Mitiga airport "constitute war crimes," the Turkish Foreign Ministry said Sunday, adding that Haftar elements will be considered legitimate targets if they continue to threaten Turkey's interests in the country.

The official Libyan government has been under attack by Haftar's forces since April 2019, and in response to intensifying attacks on the capital by the warlord, the GNA launched Operation Peace Storm in March.

On the other side, GNA forces struck down militias loyal to Haftar at the Al-Watiya air base, military sources said on Monday. According to a statement by the Libyan government-led Operation Volcano of Rage, the army carried out an air operation targeting Al-Watiya airbase, located southwest of the capital Tripoli and controlled by Haftar's forces. A military vehicle launching an attack was hit during the operation, it added.

GNA military spokesperson Mohammed Qanunu had previously stated that three air bases, Al-Watiya, Al-Jufra and Al-Khadim, are being run by foreign countries including the United Arab Emirates and were being used as "launching pads for aircraft bombing civilian targets and state installations, which has killed hundreds of civilians, including children and women, and destroyed schools and hospitals." The GNA, to prevent further attacks, is aiming to gain control of the occupied air bases.

“I reiterate my call of March 23 for an immediate global cease-fire and urge the warring parties in Libya to lay down their weapons without delay in support of the greater battle against COVID-19. A cease-fire would allow humanitarian actors to reach the populations most vulnerable to the pandemic,” Guterres had voiced in a report published last week.

According to U.N. numbers, as of April 21, more than 850 reported breaches of the cease-fire had been recorded, including an unprecedented increase in indirect fire observed in urban areas, resulting in civilian casualties, damage to civilian infrastructure and disruption of commercial air operations. From Jan. 1 to March 31, there were at least 131 casualties in Libya, including at least 64 civilians.

Furthermore, since April 2019, more than 200,000 persons have been forced to leave their homes in and around Tripoli owing to armed conflict.

Although prevention and preparedness measures against the COVID-19 pandemic were introduced by authorities, Libya remains at extremely high risk. Haftar forces have several times targeted medical facilities, disregarding the people’s need for them in time of the pandemic.

Guterres had stressed that attacks on civilians and civilian infrastructure, including hospitals, violate international humanitarian law and may constitute war crimes.

Nearly 345,000 civilians remain in frontline areas, with an additional 749,000 persons estimated to be residing in areas affected by clashes.