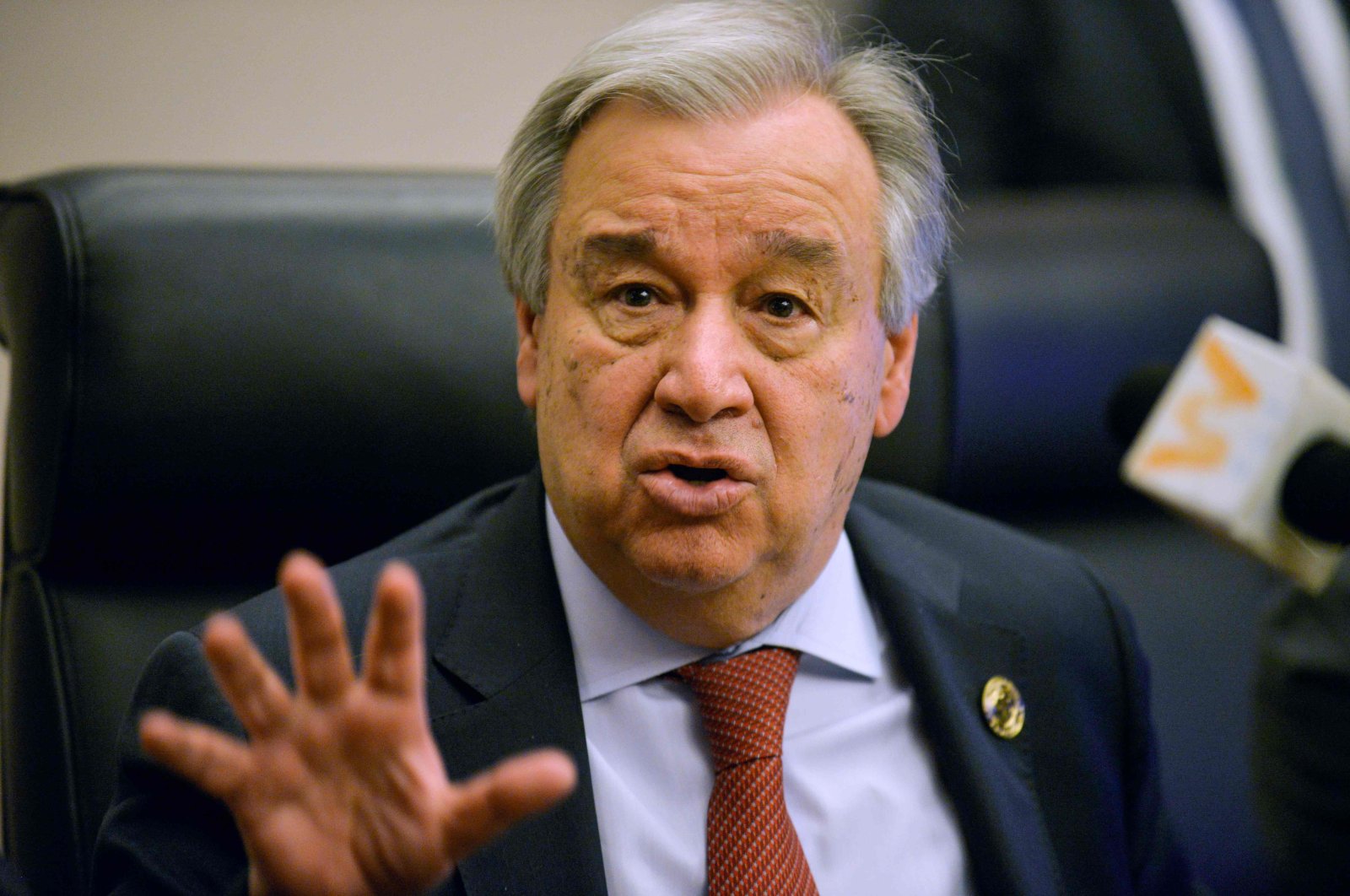 Guterres denounced the situation during a ministers-level U.N. Security Council videoconference, expressing particular concern about the military forces massing around the city of Sirte, halfway between Tripoli in the west and Benghazi in the east.

"The conflict has entered a new phase with foreign interference reaching unprecedented levels, including in the delivery of sophisticated equipment and the number of mercenaries involved in the fighting," he said.

Forces loyal to Libya's internationally recognized Government of National Accord (GNA) "with significant external support, continued their advance eastward" and are 25 kilometers (15 miles) west of Sirte, Guterres said. GNA units had tried twice before to seize the city, he noted.

The warring parties are currently mobilizing forces at the new frontlines between the cities of Misrata and Sirte. Egypt has warned that any Turkish-backed effort to take Sirte could lead its army to directly intervene.

The unity government, with Turkey's backing, is battling illegitimate forces loyal to putschist Gen. Khalifa Haftar, who has support from Egypt, Russia and the United Arab Emirates.

"We are very concerned about the alarming military build-up around the city and the high-level of direct foreign interference in the conflict in violation of the U.N. arms embargo, U.N. Security Council resolutions, and commitments made by member states in Berlin in January," Guterres said.

He did not name any particular country.

The secretary-general said U.N.-led talks with military leaders from both sides were focused on the departure of foreign mercenaries, counterterrorism cooperation, "disarmament and demobilization of armed groups throughout Libya and modalities for a possible cease-fire mechanism."

He also raised the possibility of creating a demilitarized zone to be controlled by the U.N. mission in Libya.

The presence in Libya of Russian and Syrian mercenaries has been raised as problematic since the start of the year.

Thousands had to flee violence

Guterres said the latest fighting in southern Tripoli and the Tarhuna region had forced nearly 30,000 people to flee the violence, bringing the total of internally displaced people in Libya to more than 400,000.

He also added that between April and June this year, the U.N. mission has documented at least 102 civilians deaths and 254 civilians injuries – a 172% increase compared to the first quarter of 2020. He said there had also been at least 21 attacks on medical facilities, ambulances and medical personnel.

Guterres also called on the Security Council to take action over the obstruction by several key national officials of an international audit of the Central Bank of Libya.

He said the U.N. was working to mediate an end to a blockade imposed in January by eastern-based Haftar forces which has resulted in more than $6 billion in lost revenue for Organization of the Petroleum Exporting Countries (OPEC) member Libya, aiming "to alleviate economic hardship compounded by the conflict and COVID-19."

The confirmed number of coronavirus cases in Libya increased seven-fold in June to more than 1,000 but Guterres said, "the true scale of the pandemic in Libya is likely to be much higher."

The oil-producing country descended into chaos after the NATO-backed overthrow of leader Moammar Gadhafi in 2011. Since 2014, Libya has been split, with GNA controlling the capital, Tripoli and the northwest and warlord Haftar in Benghazi ruling the east.

Russian private military contractor Wagner Group has up to 1,200 people deployed in Libya, strengthening Haftar's forces, according to a confidential May report by independent sanctions monitors to the U.N. Security Council Libya sanctions committee.

"We all took strong commitments in the Berlin conference in January and it’s now time to translate our words into concrete actions," European Union foreign policy chief Josep Borrell also told the virtual meeting. "The polarization that has turned Libya into a theater for proxy-war needs to stop. Action in support of one or the other Libyan parties needs to stop."

Turkey’s Deputy Foreign Minister Sedat Önal stressed that it was in Libya to support the legitimate government at its request and supported the Berlin agreement for providing "the architecture for intra-Libyan talks."

Referring to Haftar’s offensive, Önal said: "Placing the aggressor on equal footing with the legitimate U.N.-recognized government is wrong and counterproductive. This grave mistake must be corrected" He said blaming Turkey for what is happening in Libya "amounts to hypocrisy."

Germany’s Foreign Minister Heiko Maas, whose country currently holds the council presidency and chaired the meeting, expressed dismay that while other countries were trying to save lives in the COVID-19 pandemic in recent months, hospitals in Libya were being bombed and "ships, planes and trucks with weapons and mercenaries kept arriving in Libyan cities."

He said foreign interference, "the main driver of the conflict in Libya," must be brought to an end and there must be "no more lies" and "backdoor deals" where foreign parties carve out spheres of influence.

"We will use the measures at our disposal, including targeted sanctions, to make sure Libya is no longer the battleground in a foreign war," Maas warned.

He urged all parties to unite behind U.N.-led peace efforts and behind the first important step which could be "a demilitarized solution for Sirte and Jufra."