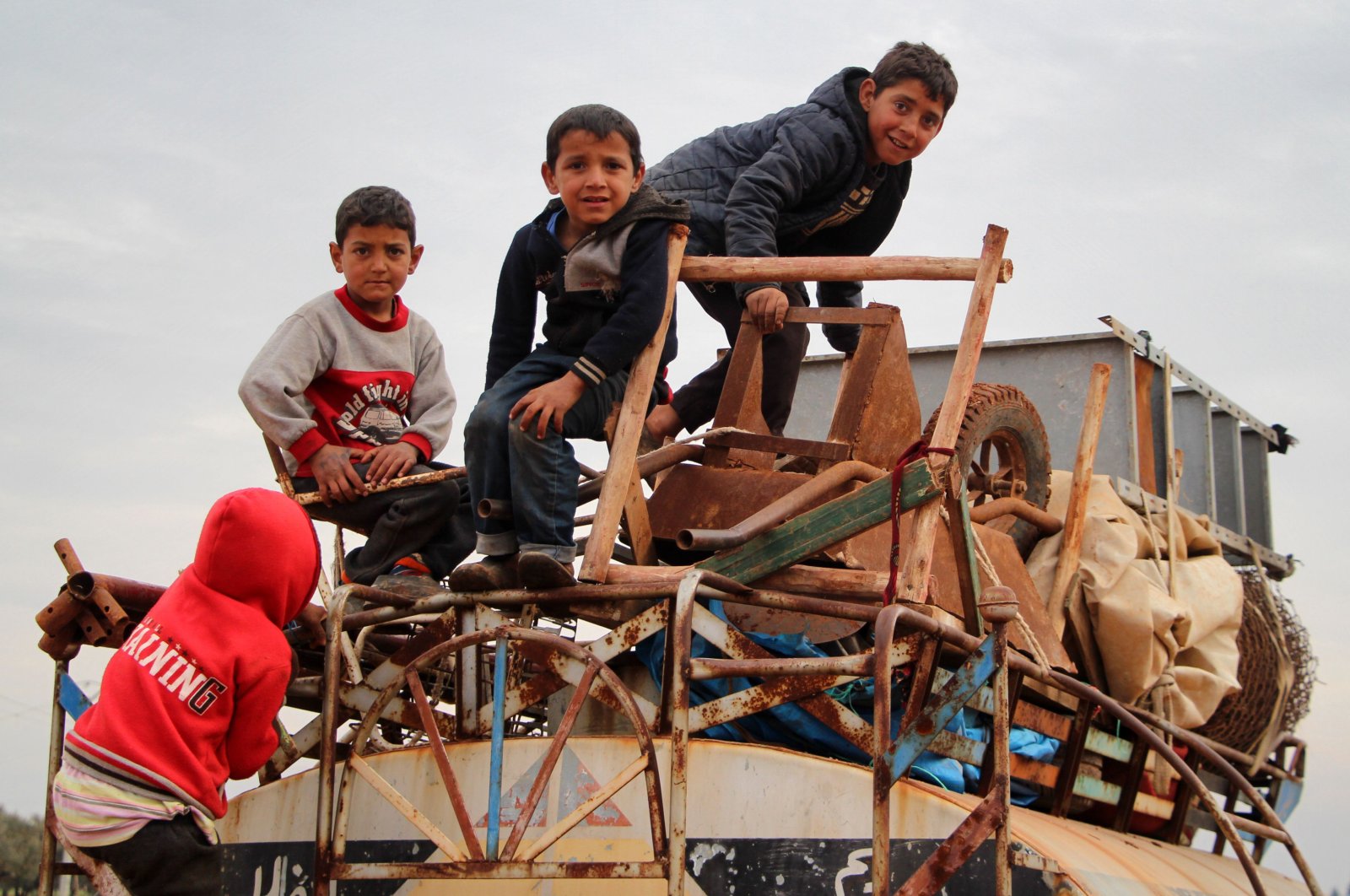 In this file photo taken on Feb. 15, 2020 children ride atop a water truck that is also loaded with furniture in the countryside of the village of Saharah, lying on the western edge of Syria's northern Aleppo province by Idlib province (AFP Photo)
by Anadolu Agency Mar 31, 2020 3:03 pm
Edited By Nurbanu Tanrıkulu Kızıl

The U.N. on Tuesday dispatched a total of 67 truckloads of humanitarian aid to the northwestern Syrian province of Idlib, where millions of people are in desperate need of assistance.

The humanitarian aid will be distributed to the needy, struggling to live in Idlib and nearby rural areas.

Syria has been locked in a vicious civil war since early 2011 when the Assad regime cracked down on pro-democracy protests. Hundreds of thousands of people have since been killed and more than 10 million others displaced, according to the U.N.

Idlib has been covered by several cease-fire deals since late 2018, deals frequently broken by the Assad regime and its allies.