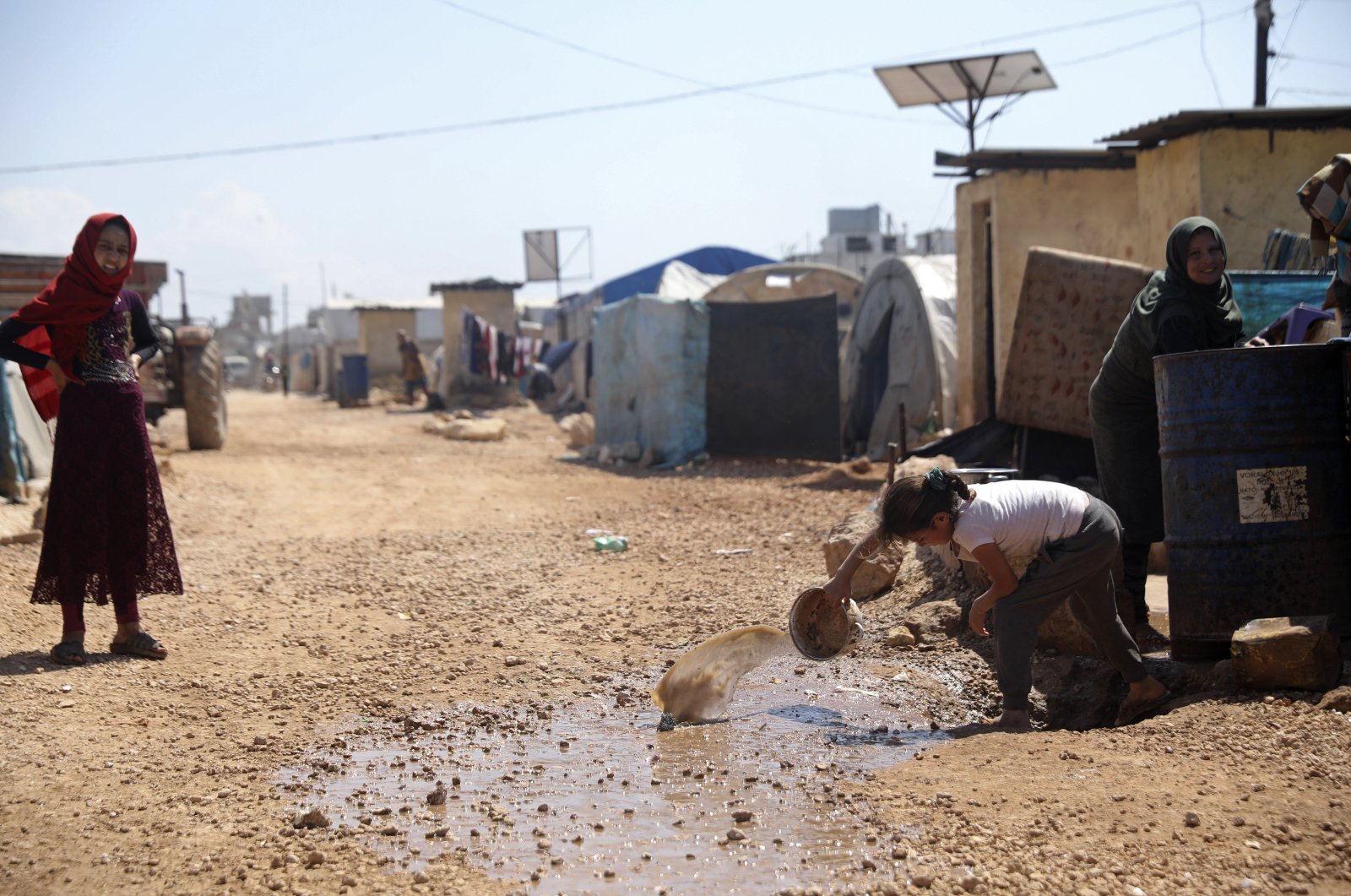 Growing desperation in Syria could trigger another mass exodus unless donor countries send more funds to alleviate hunger and the international community ensures aid shipments can reach the war-ravaged country, the head of the United Nations food agency said Thursday.

World Food Program (WFP) Executive Director David Beasley said it's critical to keep aid flowing through border crossings, at a time when growing numbers of people are "literally on the brink of starvation."

He spoke to The Associated Press (AP) ahead of next week's donor conference for Syria, hosted by European Union in Brussels. The conference attempts to raise several billion dollars each year to alleviate the fallout from Syria's nine-year-old war, which has displaced millions of people. Actual payouts typically fall short of pledges made at such gatherings.

The conference next Tuesday comes amid a global economic recession brought on by the coronavirus pandemic and an economic meltdown in Syria where the local currency has spiraled out of control. Syria's economic turmoil has been made worse by the financial crisis in neighboring Lebanon, Syria’s main link with the outside world.

Beasley said donors must be aware that the dramatic situation in war-shattered Syria could set off another river of refugees, as it did in 2015. At the time, a million refugees reached Europe, crossing mainly from Turkey to Greece and to a lesser degree from countries such as Libya to Italy.

If sufficient aid does not reach Syria, the country's 6.5 million internally displaced people "are going to do what it takes to feed their children, which means they will migrate," he said.

"So, we need to address this now. Otherwise, we are going to be in a situation similar to 2015 when we had mass migration," he added.

Since then, Syria's neighbors have largely closed their borders and the flow of aid from neighboring countries into Syria has become the subject of intense political wrangling.

U.N. aid deliveries from Iraq were halted early this year, after Russia vetoed a U.N. Security Council resolution allowing continued shipments across that border and reducing the number of crossing points for aid deliveries from four to just two, from Turkey to the northwest. That has left much of the territory in northern Syria cut off from outside aid.

The Security Council is now considering a draft resolution that would reopen the border crossing with Iraq for six months to allow the delivery of aid as Syrians combat the pandemic. Aid agencies have urged the council to ensure a lifeline for food and medical services to many who live in overcrowded displacement camps.

The draft resolution would also extend the mandate for the two border crossings from Turkey to deliver humanitarian aid to Syria's mainly opposition-held northwest for a year. Around 4 million people are crammed into the territory buckling under repeated regime offensives.

Most of the displaced civilians in the region sought shelter at camps close to the border with Turkey, while others went to areas under the control of the Syrian opposition. It is estimated that over 1 million Syrians have moved near the Turkish border due to intense attacks over the last year, while half of this number was displaced after November 2019. Turkey, which hosts nearly 4 million Syrian refugees, has previously called on the U.N. to open further border-crossings.

The coronavirus pandemic has contributed to a significant deterioration of food security in Syria, where more than 80% of the population lives in poverty.

The financial crisis in Lebanon, where many Syrians had kept their money in Lebanese banks and the prospect of new U.S. sanctions targeting anyone around the world from doing business with Syrian officials or state institutions, has sent the local currency crashing, throwing more people into poverty.

"So, now of a nation of 20 million people, 9.3 million people go to bed hungry, food insecure, every day, every night in Syria," Beasley said. "A million of those don’t know where they will get their next meal. They literally are on the brink of starvation."

As Syria is in dire need of international aid and on the brink of a fresh humanitarian catastrophe, Russia announced Thursday it has quit a voluntary U.N. arrangement that aimed to protect hospitals and humanitarian aid deliveries in Syria from being hit by the warring parties.

Russia decided following an internal U.N. inquiry in April found it was "highly probable" the Syrian regime or its allies carried out attacks on three health care facilities, a school and a refuge for children in northwest Syria last year.

Russian U.N. Ambassador Vassily Nebenzia accused "various 'opposition groups' and terrorists through their proxies" of abusing the humanitarian deconfliction process. Russia believed the U.N. should give any relevant information to Syrian authorities, he said.

"We do not see withdrawal as a threat to the humanitarian workers on the ground if the information provided is accurate and trustworthy," Nebenzia told Reuters.

Russia has provided military support to Bashar Assad in the civil war, which erupted after Assad cracked down on pro-democracy protesters in 2011.

Russia and the Syrian regime have said their forces are not targeting civilians or civilian infrastructure and have long-questioned the sources used by the U.N. to verify attacks.

Under the U.N. deconfliction arrangement, the locations of U.N. supported facilities and other humanitarian sites like hospitals and health centers had been shared with the warring parties in a bid to protect them. However, the U.N. has questioned whether it made them a target.

In a note to aid groups, seen by Reuters, the U.N. Office for the Coordination of Humanitarian Affairs (OCHA) confirmed Russia's withdrawal.

"The United Nations is concerned about the withdrawal of the Russian Federation from the notification mechanism and is examining the implications of this decision for humanitarian personnel and operations in Syria," the U.N. note said.

The U.N. said in the note that it would discuss the situation further with Russia. It also said all parties – whether they participated in the deconfliction arrangement or not – were still bound by international humanitarian law.

"If Russia thinks this will help them escape accountability for war crimes, they're dead wrong," said Louis Charbonneau, U.N. director for Human Rights Watch. "We and other groups will continue to investigate and document the deliberate bombings of hospitals and other grave crimes in Syria."