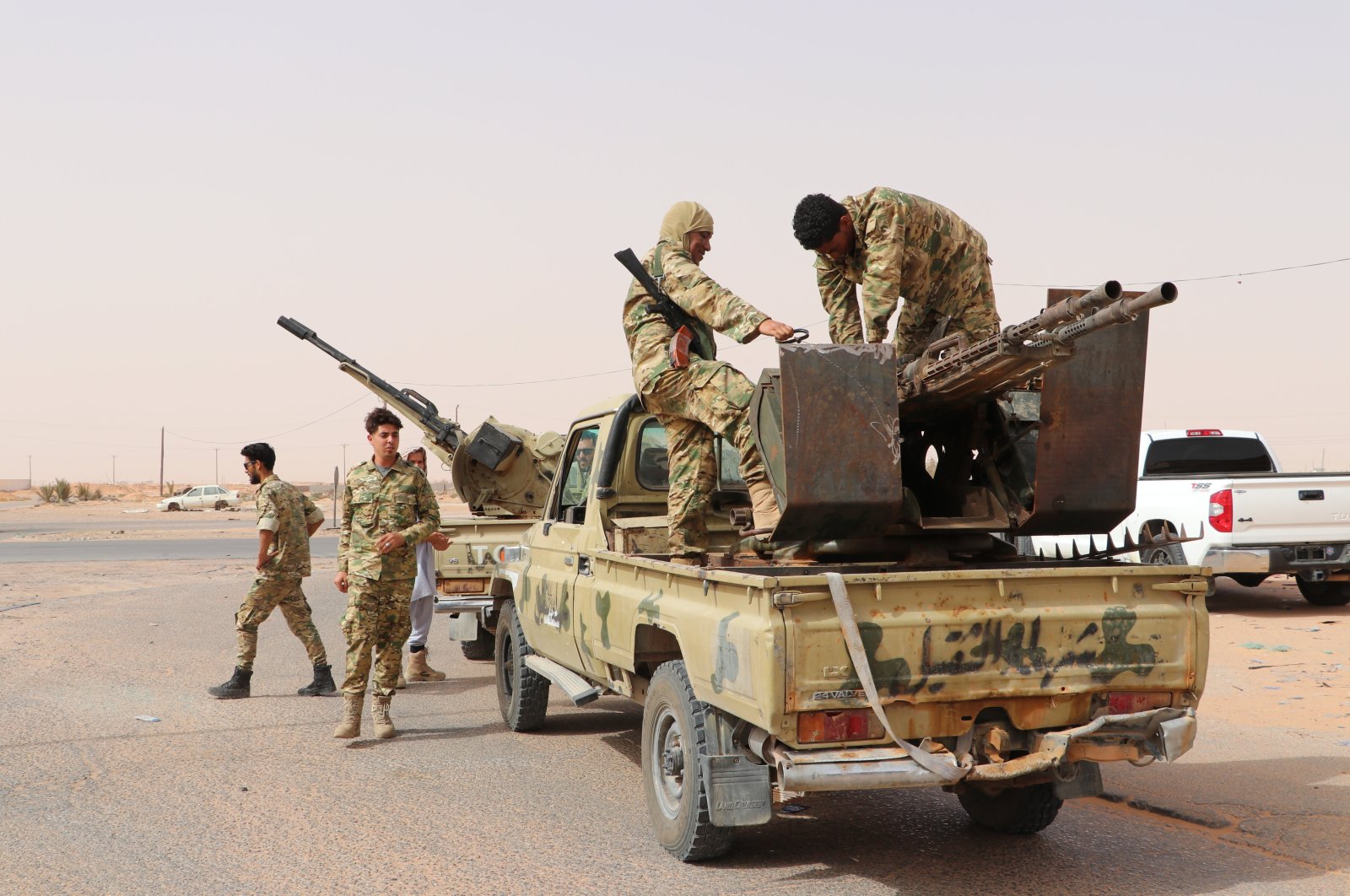 The Libyan Army during preparations for an operation to liberate northern Sirte province, Libya, June 17, 2020. (AA Photo)
by DAILY SABAH Jan 07, 2021 11:52 am
RECOMMENDED

The United Nations Support Mission in Libya (UNSMIL) has hailed a second exchange of prisoners between the country's rival administrations and called for faster progress on other parts of an October truce.

The formerly warring sides exchanged a total of 35 prisoners in the small southwestern town of Shwairif under the auspices of a Joint Military Commission (JMC) set up under a challenging cease-fire agreement, the UNSMIL said late Wednesday.

"This second official exchange of detainees is the result of the steadfast commitment by the JMC to move forward with the full implementation of the cease-fire agreement," the U.N. mission said.

"In this spirit, UNSMIL calls on both parties to swiftly finalize ongoing negotiations to reopen the coastal road."

The main highway along Libya's Mediterranean coast linking the capital Tripoli in the west with the second city Benghazi in the east has long been severed by the front line between the opposing administrations.

The U.N.-recognised Government of National Accord (GNA) controls Tripoli and most of the west, while a rival administration dominated by putschist Gen. Khalifa Haftar controls Benghazi and the east.

The fragile cease-fire between the two sides has largely held despite a threat by Haftar last month to resume fighting.

The next major test of the truce is a Jan. 23 deadline for all foreign troops and mercenaries to leave Libya.

The warring sides reached a cease-fire on Oct. 23 in Geneva under which all foreign forces are to leave within three months – that is, by Jan. 23. International observers would monitor their departure.

In early December, U.N. special envoy to Libya Stephanie Williams estimated that 20,000 foreign troops and mercenaries remained in the country in a "shocking violation of Libyan sovereignty."

Russia, Egypt and the United Arab Emirates (UAE) have dispatched military advisers and private contractors in support of Haftar.

Turkey, on the other side, gives military training and consultancy to the legitimate Libyan government. In the face of Haftar's aggressions, Ankara and the GNA reached two separate memorandums of understanding (MoUs) on Nov. 27, 2019 – one on military cooperation and the other on the maritime boundaries of countries in the Eastern Mediterranean.

U.N. chief Antonio Guterres proposed recently that international monitors be deployed to support the cease-fire amid hopes Libya can finally turn the page on a decade of war since a NATO-backed uprising ousted and killed longtime dictator Moammar Gadhafi in 2011.

Guterres said in an interim report circulated Monday to the U.N. Security Council on arrangements that an advance team should be sent to Libya’s capital Tripoli as a first step to “provide the foundations for a scalable United Nations cease-fire monitoring mechanism based in Sirte.”