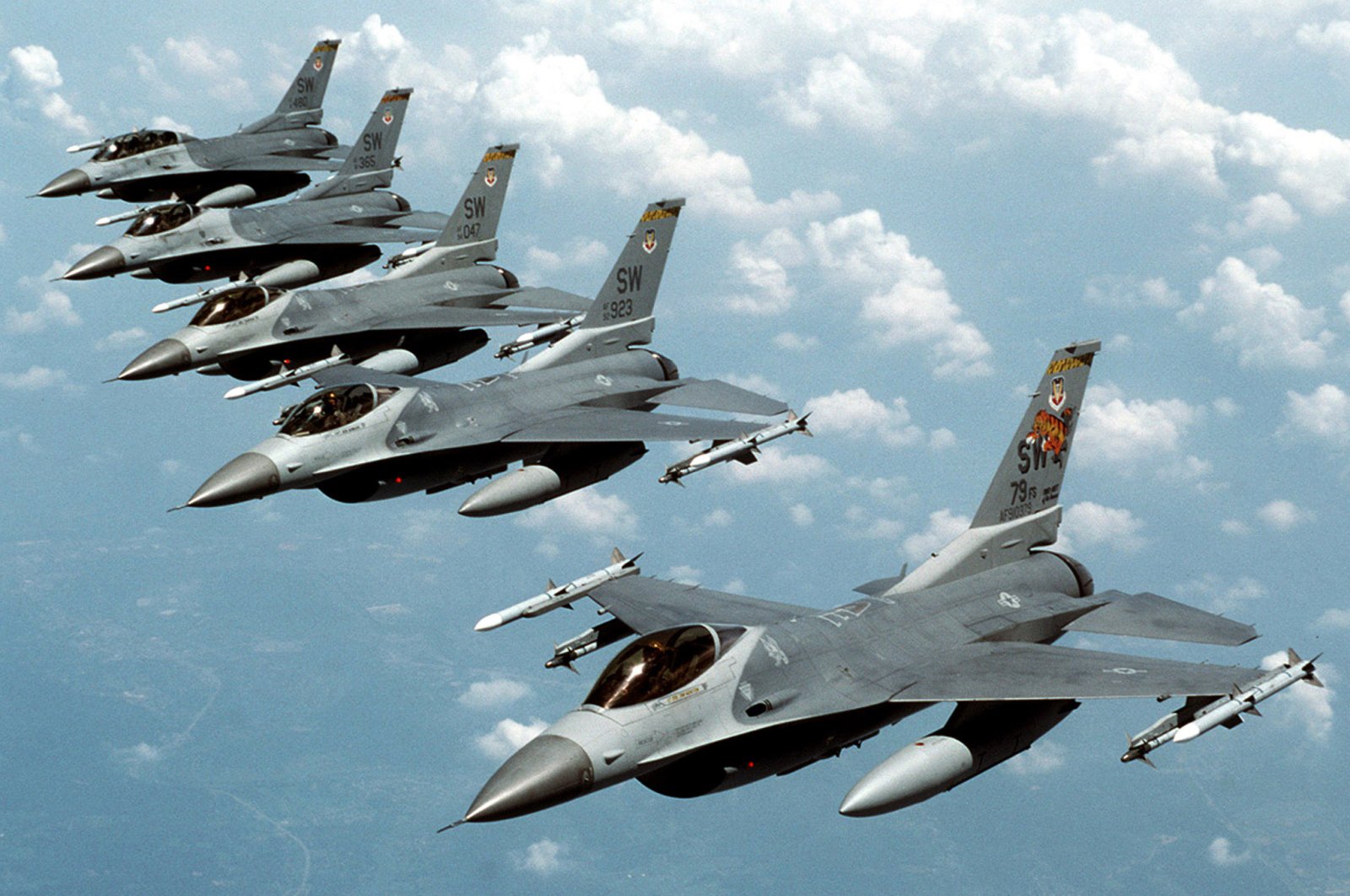 Five U.S. Air Force F-16 "Fighting Falcon" jets fly in echelon formation over the U.S. en route to an exercise in this undated photograph. (Reuters Photo)
by Compiled from Wire Services Mar 12, 2020 12:15 am

Syrian regime media announced Tuesday that unidentified jets hit targets southeast of the Syrian town of Abu Kamal along the border with Iraq.

It offered no details. Western intelligence sources say the border town lies on a strategic supply route for Iranian-backed militias, who regularly send reinforcements from Iraq into Syria to aid Assad regime's forces.

Israel has attacked Iranian bases in the area several times since the start of the year, they added.

Albukamal along the Iraqi-Syrian border crossing is crucial for Iran’s bid to cement its growing sway over a corridor of territory from Tehran to Beirut.