US accuses Russia of planting mines, IEDs around Libya's Tripoli 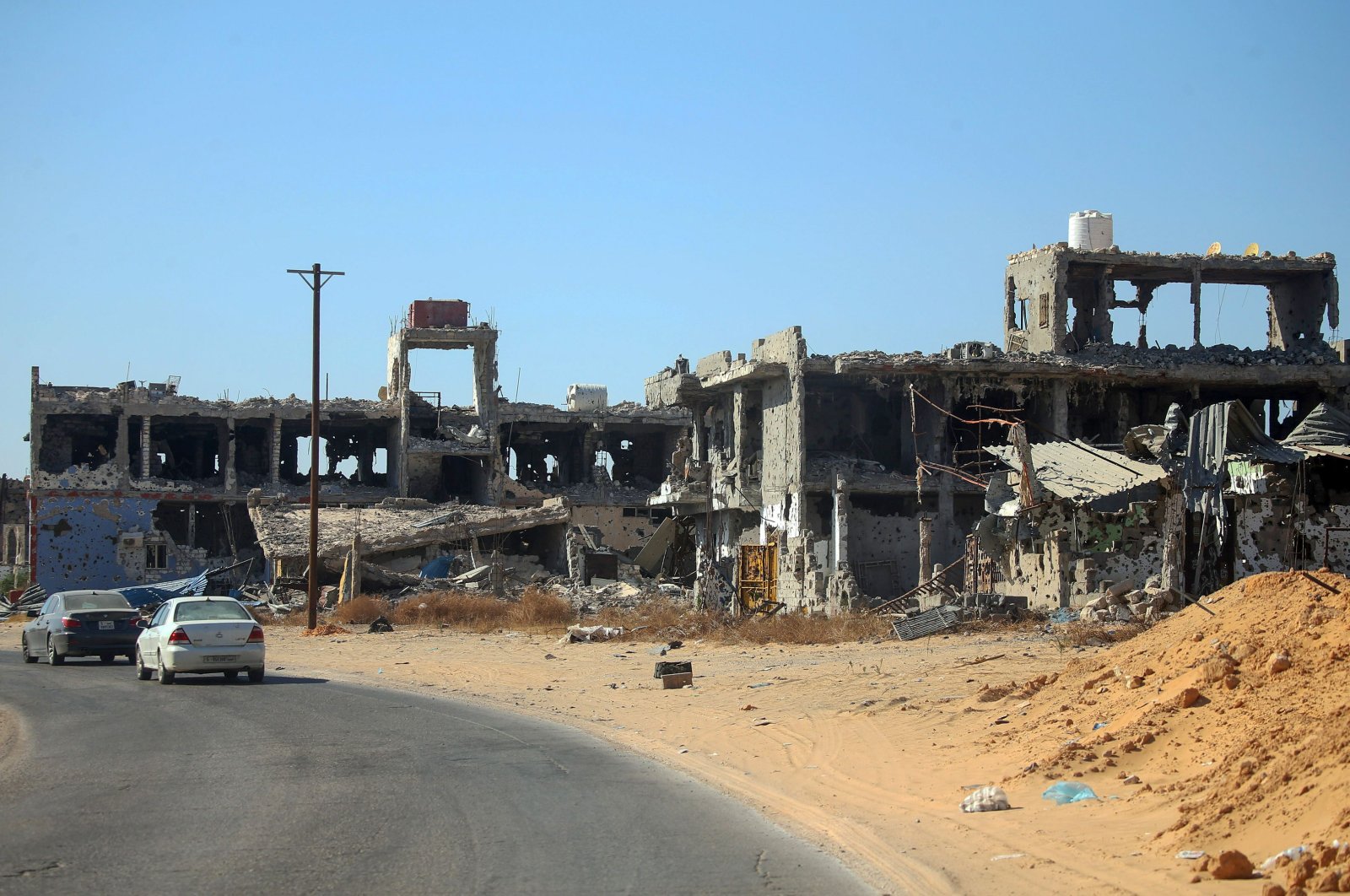 Residential buildings, damaged during the 14 months of fighting between the U.N.-recognized Government of National Accord (GNA) and putschist Gen. Khalifa Haftar, are seen in a southern neighborhood in the capital Tripoli, Libya, July 9, 2020. (AFP Photo)
by Compiled from Wire Services Jul 15, 2020 3:20 pm
RECOMMENDED

The U.S. military accused a Russian state-backed mercenary group of laying landmines and other improvised explosive devices (IEDs) in and around Tripoli, violating a United Nations arms embargo on Libya.

The Pentagon's Africa Command said that it had "verified photographic evidence" that the Wagner Group, a private security operation allegedly sponsored by the Russian government, planted the mines "indiscriminately" around Tripoli and toward Sirte east of the capital since mid-June.

"The Russian-state sponsored Wagner Group is demonstrating a total disregard for the safety and security of Libyans," Africom operations director Maj. Gen. Bradford Gering said in a statement.

"The Wagner Group's irresponsible tactics are prolonging the conflict and are responsible for the needless suffering and the deaths of innocent civilians. Russia has the power to stop them, just not the will," Gering said.

The U.S. has repeatedly accused Russia of introducing military weaponry, including at least 14 MIG-29 fighter jets with their Russian markings covered up, into the Libyan conflict, contravening the U.N. arms embargo.

Russia, mainly through the Wagner Group, along with the United Arab Emirates and Egypt, has backed putschist Gen. Khalifa Haftar in his fight to seize power from the U.N.-recognized Government of National Accord (GNA) in Tripoli.

Turkey's military support for the GNA has recently tipped the balance and allowed its forces in June to repel Haftar's 14-month advance on Tripoli and launch a counteroffensive.

Pro-Haftar forces had been battling since April in fighting that has left hundreds dead and forced 200,000 to flee their homes.

The internationally recognized Libyan government launched Operation Peace Storm in March to counter attacks on the capital and recently regained strategic locations, including al-Watiya air base.

The GNA also inflicted heavy blows on warlord Haftar and liberated Tripoli and Tarhuna from his militants.