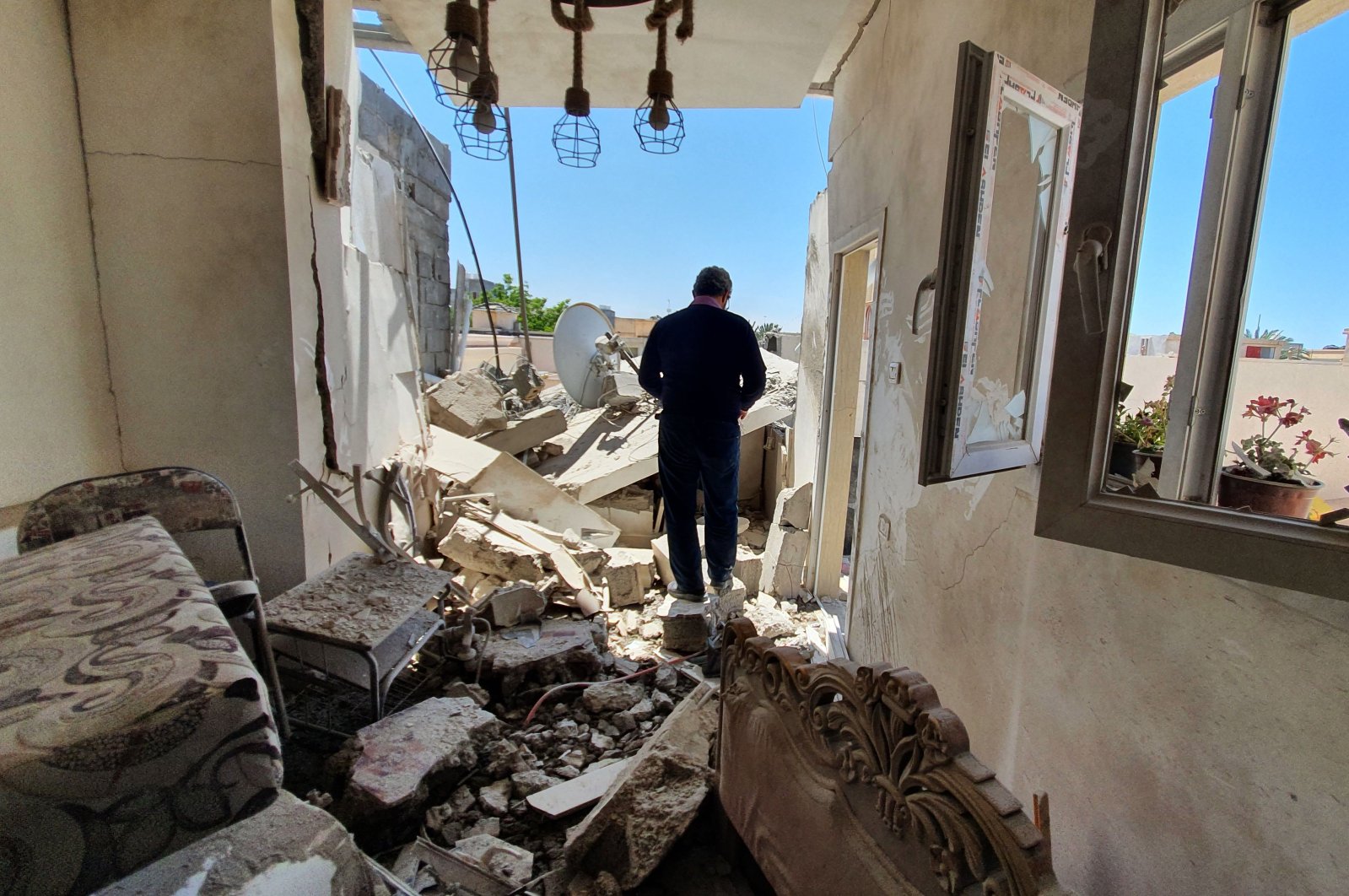 A resident walks amidst the rubble of a building that was damaged when forces loyal to eastern-based putschist Gen. Khalifa Haftar shelled the residential neighbourhood of Znatah in the Libyan capital Tripoli, May 1, 2020. (AFP Photo)
by French Press Agency - AFP May 08, 2020 3:56 pm
RECOMMENDED

The United States on Thursday accused Moscow of worsening the Libya conflict and urged diplomacy after a United Nations report confirmed that Russian mercenaries were fighting on behalf of putschist Gen. Khalifa Haftar.

A report to the Security Council, which diplomats on Wednesday described to Agence France-Presse (AFP), estimated that 800 to 1,200 fighters from Russia's Wagner Group were backing Haftar, who has been waging a more than one-year offensive to seize Tripoli.

Russian support to Haftar "has led to a significant escalation of the conflict and a worsening of the humanitarian situation in Libya," said Chris Robinson, a State Department official who focuses on Russia.

"Wagner is often misleadingly referred to as a Russian private security company, but in fact it's an instrument of the Russian government which the Kremlin uses as a low-cost and low-risk instrument to advance its goals," Robinson told reporters.

He said that images of "very heavy and advanced weapons" in Libya from the Wagner Group indicated it was not a mere private company.

Henry Wooster, a State Department official in charge of North Africa, acknowledged it was unlikely Russia would reverse course on Libya, which has joined Syria as a theater for Moscow's renewed influence in the region.

He called on Russia to join calls for both Haftar's self-styled Libyan National Army and the U.N.-recognized government, which enjoys strong support from Turkey, to return to talks.

"No one should think that Russia is going to pack up and leave now that they've invested in the Libyan conflict," Wooster said.

"The way to end the Russian and other foreign interference in Libya is to first end the Tripoli conflict," he said.

The U.S. itself has sent mixed signals, with Trump in April last year speaking to Haftar by telephone and praising him.

Haftar is also supported by Egypt and the United Arab Emirates, whose rulers both have close ties with Trump.

But Wooster said that the U.S. does not back Haftar and opposes his offensive on Tripoli, saying it diverts attention from the priority of fighting extremist groups in the region.