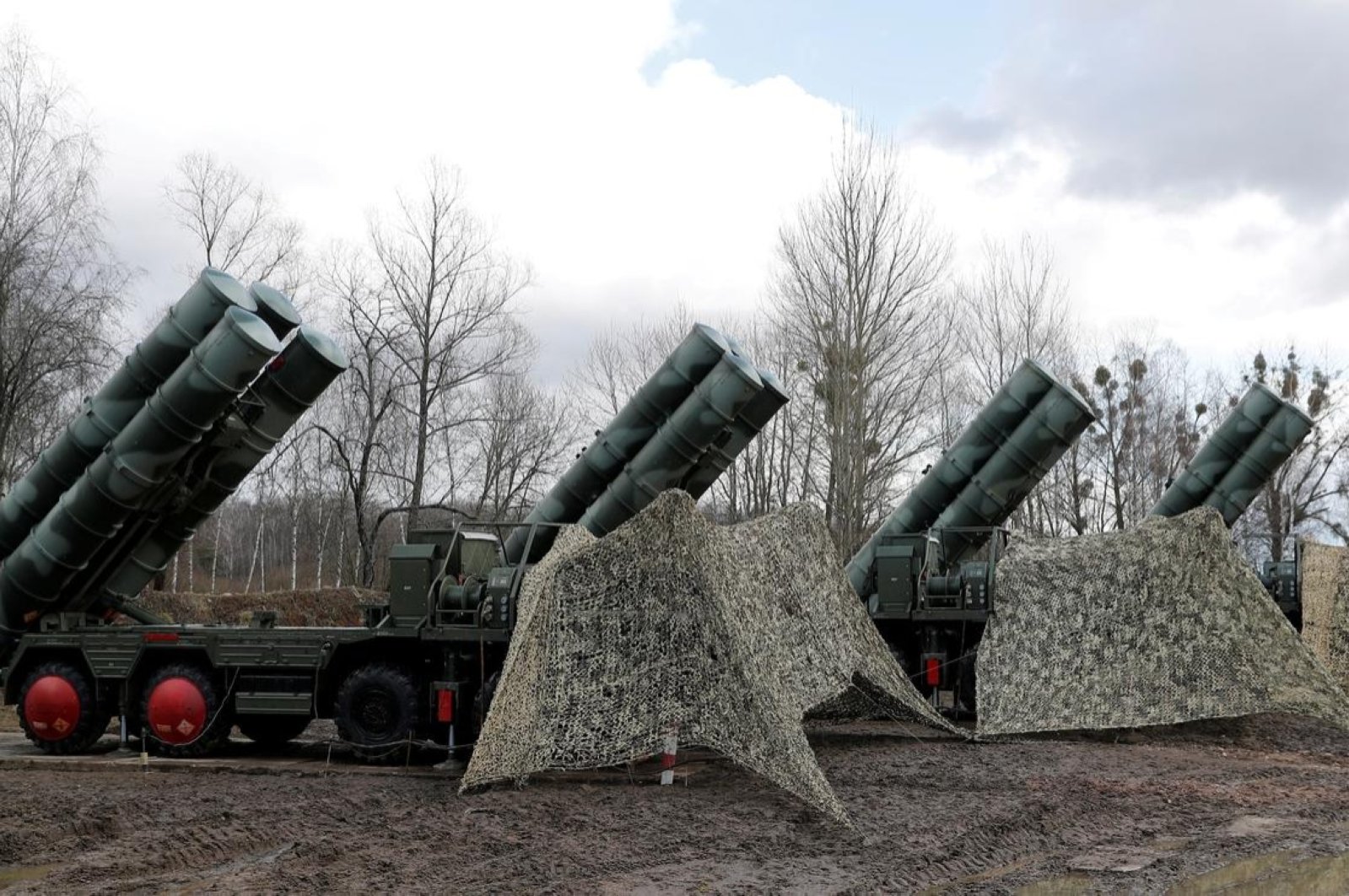 A new S-400 "Triumph" surface-to-air missile system after its deployment at a military base outside the town of Gvardeysk near Kaliningrad, Russia, March 11, 2019. (Reuters Photo)
by Daily Sabah with Wires
Jul 30, 2020 4:46 pm

U.S. Secretary of State Mike Pompeo said Thursday that the United States is still determining how it will respond to Turkey's purchase of Russian S-400 missile defense systems.

"We continue to evaluate how to apply sanctions in order to achieve our end objective," Pompeo said under questioning from Democratic Senator Bob Menendez at a Senate Foreign Relations Committee hearing.

As there have been tensions between the allies since the acquisition, Turkey has repeatedly offered to establish a technical working group, including NATO, to help solve the dispute.

Before the outbreak of the coronavirus pandemic shifted focus away from the issue, Ankara's bilateral ties with Moscow took a heavy blow over Russia's support for the Bashar Assad regime's military offensive on the northwestern Syrian town of Idlib.

Ankara and Moscow on March 5 agreed to halt military activity in the region to contain the escalating conflict. The meeting came after regime forces attacked Turkish soldiers and civilians on the ground, causing Turkey to launch a renewed operation in Syria.

Turkey launched Operation Spring Shield on Feb. 27 after at least 34 Turkish soldiers were killed in an Assad regime airstrike in Idlib and after repeated violations of previous truces.

After some heavy fighting, Turkey asked Washington to deploy its Patriot missile defense system along its border with Syria for protection and said it was ready to purchase the systems from the U.S. as well.

President Recep Tayyip Erdoğan in March said the U.S. has offered to sell Turkey the system if Ankara promised not to operate the rival Russian system.

Ankara has repeatedly stressed it was the U.S. refusal to sell it Patriots that led it to seek out other sellers, adding that Russia offered it a better deal, including technology transfers. Turkey even proposed setting up a commission to clarify any technical issues, but the U.S. has so far not responded to this proposal.

During a visit to Washington last November, Erdoğan met U.S. President Donald Trump and agreed with him on setting up a working group.

The Ankara-Moscow S-400 deal was inked back in April 2017, when the parties signed a $2.5 billion agreement for two S-400 batteries. The S-400, in use since 2007, is Russia's most advanced long-range anti-aircraft missile defense system.