US imposes sanctions on Russia's Wagner Group over role in Libya, Sudan 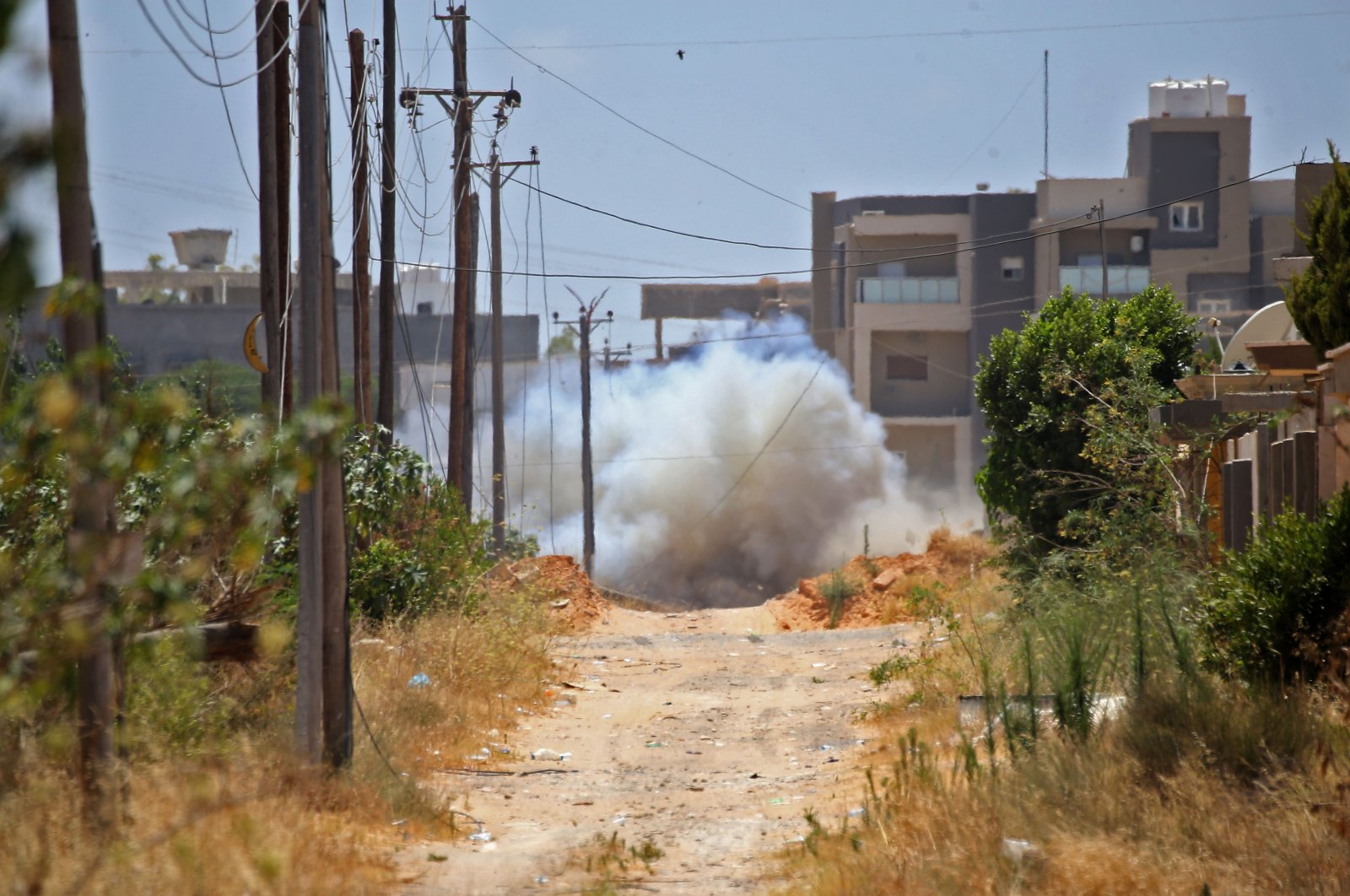 A landmine is exploded during Turkish demining operations in the Salah al-Din area, south of the Libyan capital Tripoli, June 15, 2020. (AFP Photo)
by DAILY SABAH WITH AGENCIES Jul 16, 2020 11:16 am
RECOMMENDED

The U.S. on Wednesday imposed sanctions on three individuals and five entities that are linked to Russia's paramilitary Wagner Group, after accusing the mercenary group of laying landmines in and around Libya’s capital Tripoli.

The economic penalties all affected individuals and businesses with close ties to Yevgeniy Prigozhin, a businessman with links to Russian President Vladimir Putin and who is believed to be the financier behind the private military firm.

The sanctions announcement came just hours after U.S. Africa Command accused the Wagner Group of "complicating Libyan cease-fire efforts" by placing mines and other explosive devices in and around Tripoli. It included photos of what appeared to be booby-traps and improvised mines that it said were placed by the Wagner Group.

"The Wagner Group's irresponsible tactics are prolonging the conflict and are responsible for the needless suffering and the deaths of innocent civilians. Russia has the power to stop them, just not the will," Gering said.

The U.S. has repeatedly accused Russia of introducing military weaponry, including at least 14 MIG-29 fighter jets with their Russian markings covered up, into the Libyan conflict, contravening the United Nations arms embargo.

Russia, mainly through the Wagner Group, as well as the United Arab Emirates (UAE) and Egypt have backed putschist Gen. Khalifa Haftar in his fight to seize power from the U.N.-recognized Government of National Accord (GNA) in Tripoli.

Turkey's military support for the GNA has recently tipped the balance and allowed its forces in June to repel Haftar's 14-month advance on Tripoli and launch a counteroffensive.

The Wagner Group has 2,000 personnel in Libya, according to the command.

Prigozhin is already under U.S. sanctions, but the new actions target previously nonsanctioned entities who aid him, the Treasury Department said in a statement.

In addition, the agency accused two of the businesses and two individuals of suppressing and discrediting democratic demonstrators in Sudan.

"Yevgeniy Prigozhin and his network are exploiting Sudan's natural resources for personal gain and spreading malign influence around the globe," Treasury Secretary Steven Mnuchin said in a statement.

"The United States remains committed to holding him and other bad actors accountable so Sudan and other countries can operate freely," he said.

Among those designated are M Invest, which the Treasury said is a front company for the Wagner Group's operations in Sudan, owned by Prigozhin, as well as its Sudan subsidiary Meroe Gold and two individuals the U.S. said are key to their operations.

The U.S. has previously accused Prigozhin of funding the Internet Research Agency, a mysterious "troll farm" in St. Petersburg accused of running online manipulation to then-presidential candidate Donald Trump in the 2016 election.