US stops Russian advances in Syria 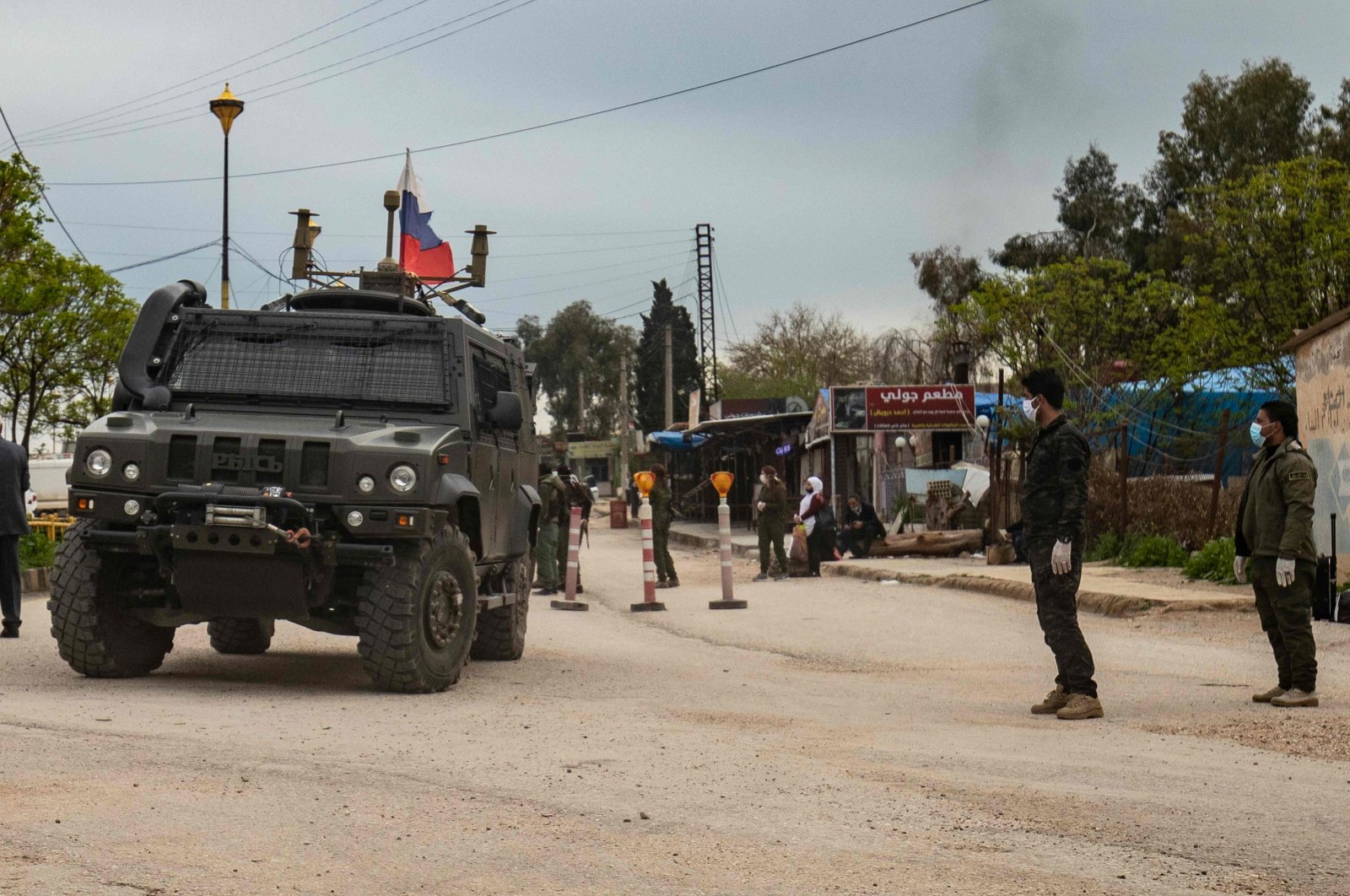 A Russian military vehicle drives in the vicinity of Qamishli airport, which has been turned into their military base, in Syria's northeastern Hasakeh province, Thursday, April 5, 2020. (AFP)
by DAILY SABAH WITH AA
Apr 09, 2020 8:22 pm

Russia's efforts to form military units in Syria's al-Hasakah province have been foiled by the U.S., according to local sources as Moscow and Washington's fight over control east of the Euphrates continues.

Russia was trying to recruit insurgents from local militias in the towns of Amuda and Tal Tamer, which are occupied by the YPG/PKK terrorist group, said sources on condition of anonymity.

The U.S. forces, however, took action after Russia advanced toward these areas last December.

The Americans met local people several times asking them not to join the Russians.

The source added that the U.S. warned people that "Russia will use those who join their ranks as mercenaries in Libya."

It was reported that Russia gave up on this plan because the number of applications to join the military units was under 100.

As per a Russia-YPG/PKK's deal, those who join the ranks would be trained by the terrorist organization.

For the first time in decades, U.S. and Russian militaries are on the ground in the same country at the same time, in northwestern Syria’s Qamishli province.

Although both countries seemingly approve of the other’s presence, the frequent encounters of their troops have raised tensions in an already tense region.

After Turkey started Operation Peace Spring on Oct. 9, 2019, against the terrorist YPG/PKK, Russian forces took over some bases abandoned by the U.S. forces.

The operation, conducted in line with Turkey's right to self-defense borne out of international law and U.N. Security Council resolutions, aimed at establishing a terror-free safe zone for Syrians east of the Euphrates. At the time, the area was controlled by the U.S.-backed SDF, which is dominated by YPG terrorists.

On Oct. 22, Ankara and Moscow reached a deal under which YPG/PKK terrorists were to pull back 30 kilometers south of Turkey's border with Syria within 150 hours, and security forces from Turkey and Russia would conduct joint patrols there.

Since then, Russia increased its bases in areas occupied by YPG/PKK, east of the Euphrates.

In the province of al-Hasakah, Raqqa, Manbij, and Ayn al-Arab, Russia has 18 bases and 700 military elements.

Russian forces penetrated the region after Operation Peace Spring, trying to reach the Rmelan oil fields east of Qamishli, but the U.S. soldiers prevented them.

In February, a video shared on social media showed a series of military vehicles on a highway in the town. It also showed a U.S. military vehicle approaching one Russian vehicle from behind before dragging it off the road.

Despite the inconvenience, the Russian presence on the ground keeps the U.S. from encountering Syrian regime forces, thereby offering one benefit to the American presence.