US will remain involved with all Libyan parties, embassy says 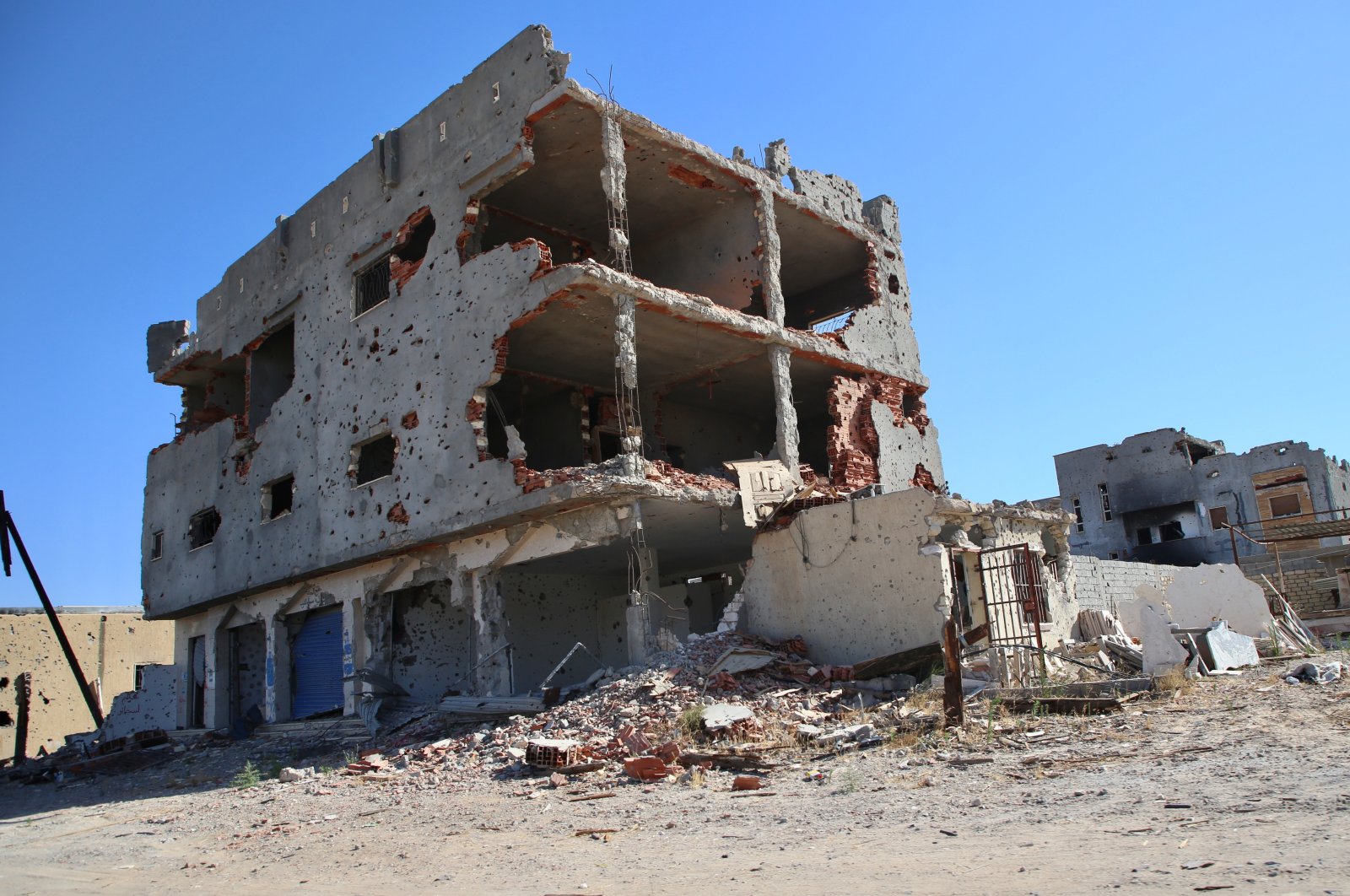 A damaged building is seen south of the capital Tripoli which was liberated by GNA forces from putschist Gen.Khalifa Haftar's militias that launched an offensive on the capital, June 29, 2020 (AA Photo)
by DAILY SABAH Aug 09, 2020 12:22 pm
RECOMMENDED

The U.S. Embassy in Libya on Saturday underlined it will remain actively involved with all Libyan parties in the almost decadelong conflict, including the U.N.-recognized Government of National Accord (GNA) and the Tobruk-based House of Representatives of putschist Gen. Khalifa Haftar, that “reject foreign interference and seek to come together in peaceful dialogue.”

U.S. Ambassador to Libya Richard Norland on Aug.7 spoke by telephone with GNA head Fayez Sarraj to receive an update on efforts to finalize a Libyan solution that would consolidate a lasting cease-fire, promote transparency in economic institutions and advance the political process under U.N. auspices, the embassy tweeted.

“The ambassador commended the prime minister’s leadership as responsible Libyan parties come together in defense of Libya’s sovereignty to implement a demilitarized solution in central Libya and enable the (Libya's National Oil Corporation) NOC to resume its vital work on behalf of all Libyans,” it added, saying that Norland also consulted by telephone on Aug. 8 with Libyan Interior Minister Fathi Bashagha about efforts to build confidence among parties leading to a comprehensive Libyan solution for strategic Sirte province and Jufra air base.

Since the ouster of late dictator Moammar Gadhafi in 2011, two seats of power have emerged in Libya: one led by Haftar in eastern Libya, supported mainly by Egypt, Russia, France and the United Arab Emirates (UAE), and the other in Tripoli, which enjoys U.N. and international recognition.

Haftar's forces aimed to capture the capital, Tripoli, in an offensive launched in April 2019 but were thwarted by GNA forces. Now, both the GNA and Hafter's forces are focused on the power struggle over Sirte and Jufra.

The key city of Sirte, which lies some 450 kilometers (280 miles) east of the capital, and Jufra are currently under the control of Haftar's forces.

This past January, the Berlin conference on Libya, which was supported and facilitated by the United Nations, began a political process for a permanent cease-fire, but the meetings ended without reaching a conclusion in February as Haftar left the table.