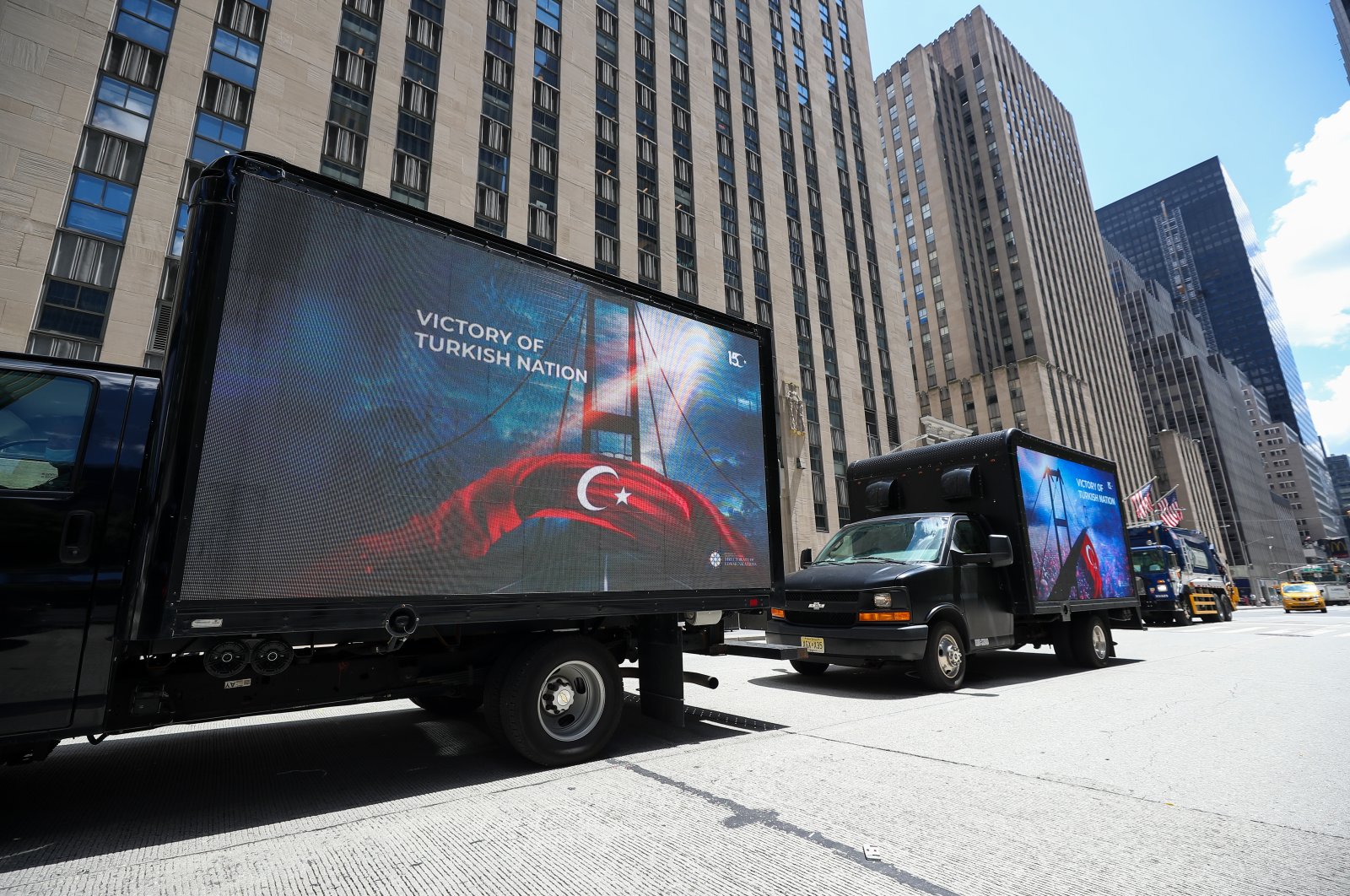 Digital LED vans with banners tour New York City to raise awareness about the defeated coup staged by the Gülenist Terror Group (FETÖ) ahead of the fourth anniversary of the July 15 coup attempt in Turkey, New York, July 14, 2020. (AA Photo)
by Anadolu Agency Jul 15, 2020 11:36 am

Digital LED vans and airplanes with banners toured the U.S. to raise awareness about the defeated coup staged by the Gülenist Terror Group (FETÖ) ahead of the fourth anniversary of the July 15 coup attempt in Turkey.

The campaign was organized by the Turkish American National Steering Committee (TASC), whose co-chair, Halil Mutlu, told Anadolu Agency (AA) the effort was to inform Americans about the coup attempt.

"We are reflecting a resolved stand and the determination of the Turkish nation against the July 15 coup attempt," said Mutlu.

July 15 Democracy and National Unity Day is a public holiday in Turkey, marked with events to commemorate those who lost their lives defeating the deadly attempt.

FETÖ and its U.S.-based leader Gülen are accused of orchestrating the defeated coup, which left 251 people dead and nearly 2,200 injured.