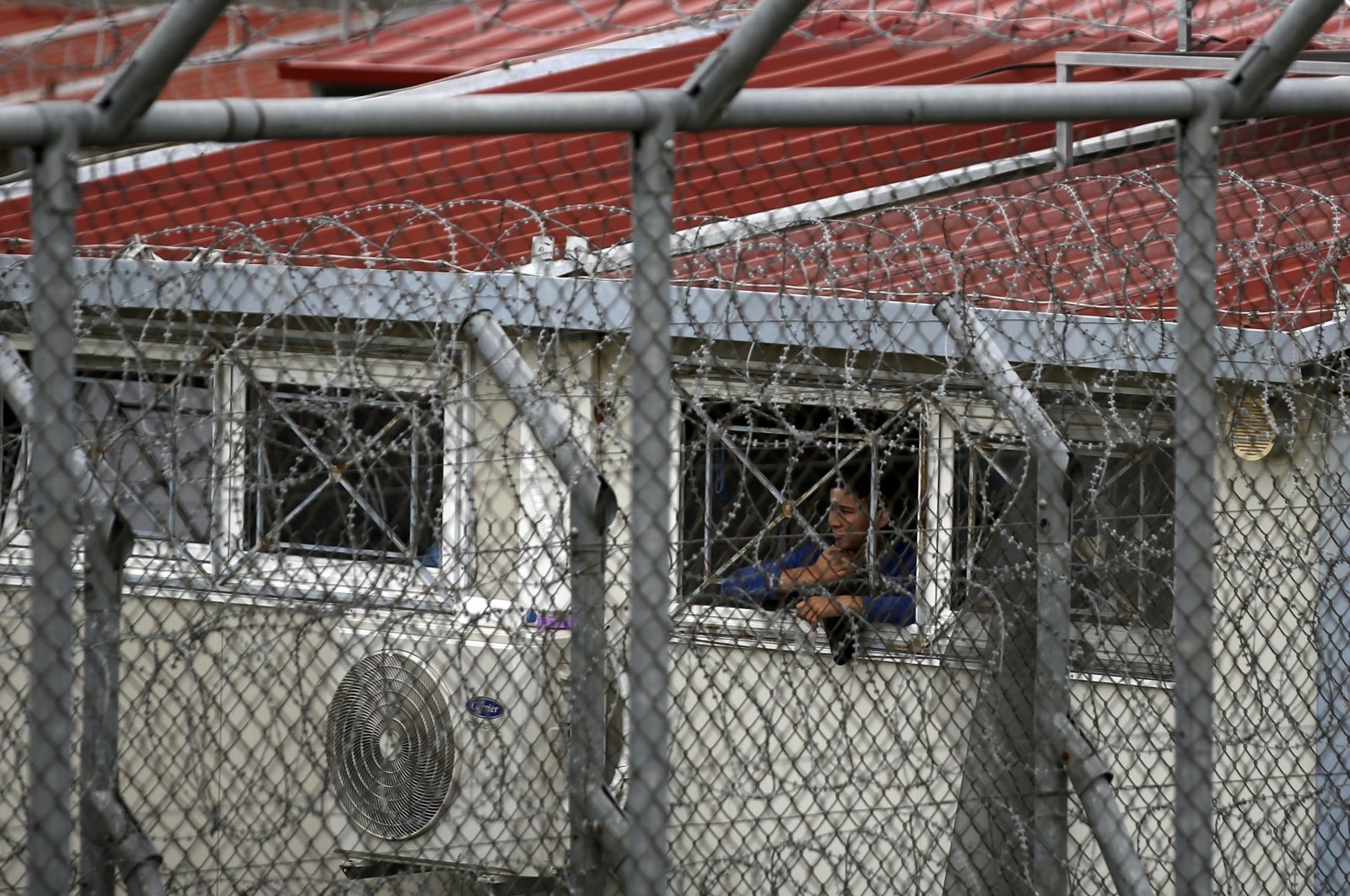 In this file photo dated Sunday, March 8, 2020, a migrant looks out from a detention center in the village of Fylakio, Evros region, near the Greek-Turkish border. (AP Photo)
by ASSOCIATED PRESS May 12, 2020 7:10 pm
RECOMMENDED

Police in northern Greece arrested 25 people Tuesday during a protest at a migrant processing center. Shipping containers converted for use as living quarters at the camp, as well as other facilities, sustained damage although there were no reported injuries.

Authorities said officers intervened to stop several hours of rioting at the center, located near Greece's border with Turkey. Those who enter Greece illegally are registered at the center and temporarily detained until they apply for asylum.

The protest occurred following weeks of delays in processing asylum claims due to the coronavirus pandemic. The center currently houses 250 asylum-seekers, including unaccompanied minors, the Evros Police Department said.

The Greek asylum service’s operations have been scaled back, like many public services, amid restrictions on travel and movement the government set in response to the pandemic.

Thousands of Europe-bound asylum-seekers flocked to the Turkish-Greek border in late February and March after the Turkish government said it would no longer prevent migrants from trying to cross over to Greece.

Greek border guards, police and members of the military fired tear gas and projectiles as they tried to stop people from forcing their way across the border.

Human rights groups have frequently criticized the Greek government for detaining migrants under the age of 18 traveling without guardians at the overcrowded camps.

"As you know, our capacity has been exhausted, so our initiatives are being taken on a European level, and we have already had some success with Luxembourg and Germany,” he said.

The minister spoke as Greece prepared to assume on Friday the rotating presidency of the Council of Ministers of the Council of Europe, the Strasbourg, France-based organization created after World War II to promote human rights and democratic government.