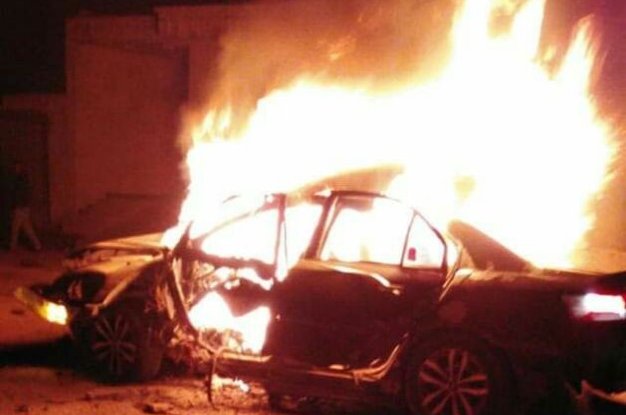 One person died and at least three civilians were injured after YPG/PKK terrorists carried out a bomb attack in the northern Syrian town of al-Bab, reports said Monday.

The terrorists reportedly detonated a bomb-laden vehicle near Al-Farabi Hospital, which is in the area where the Turkish military carried out Operation Euphrates Shield.

Based on Article 51 of the U.N. Charter, Turkey launched the operation on Aug. 24, 2016, using its right to self-defense to eradicate the terrorist elements, primarily Daesh, which threatened its national security, and to provide border security in northern Syria. On the first day of the operation, the Syrian town of Jarabulus, which borders the Karkamış district of Turkey's southeastern Gaziantep province, was liberated from terrorist elements. On Feb. 23, 2017, the northwestern town of al-Bab was freed from Daesh terrorists.

During the operation, an area of 2,055 square kilometers between the two towns was also cleared from terrorist groups in 217 days.

On March 29, 2017, then-Prime Minister Binali Yıldırım announced that the operation was successfully completed. At the end of the operation, Turkey focused on providing security and stability in the region, to create the necessary conditions for the return of civilians displaced due to terrorism. To that end, security forces and officials trained in Turkey started operating in the region.

While the country liberated northwestern territories from Daesh, it also prevented the YPG from establishing a de facto autonomous region in Syria connecting the northwestern Afrin canton to the Ayn al-Arab and Jazeera cantons in the northeast, which Ankara describes a "terror corridor" posing a grave threat to its national security.