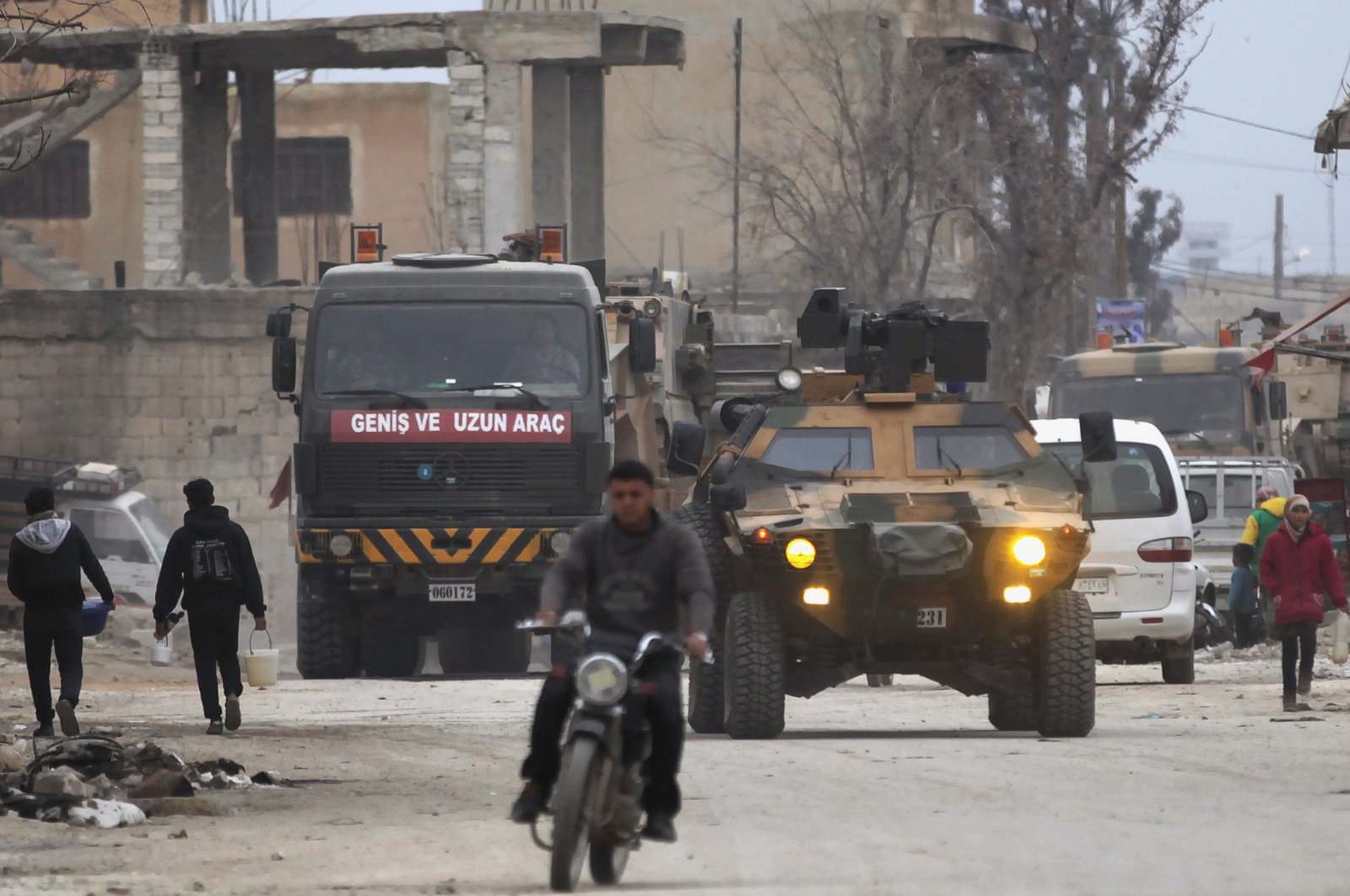 Eleven suspects, who are members of the YPG – the PKK terror group's Syrian offshoot – were arrested by security forces on Tuesday for their roles in a terror attack that killed six people in northern Syria’s al-Bab.

According to a statement by the governorate of Turkey’s southeastern Gaziantep province, 11 terror group members were arrested by local authorities, while efforts to capture the remaining nine fugitives were ongoing. The statement highlighted that security consultation services had been provided to al-Bab through coordination by the governorate.

On Nov. 24, six people including two local security forces were killed in a car bombing in al-Bab. Nineteen others were injured.

Al-Bab, previously ruled by Daesh terrorists who destroyed its infrastructure and displaced thousands of civilians, was liberated four years ago in Operation Euphrates Shield, which was carried out by the Turkish military and the Syrian National Army (SNA) – then called the Free Syrian Army (FSA).

The town, an important crossroads and settlement in northeastern Aleppo province, was liberated from the cruel four-year-long Daesh rule on Feb. 22, 2017. Due to its strategic importance, al-Bab witnessed the fiercest clashes between Daesh terrorists and Turkish forces, especially at the Sheikh Aqeel district overlooking the town. Following its liberation, most of al-Bab's residents returned to the town, with its population almost doubling from 130,000 in February 2017 to 250,000 in February 2020.

The town's infrastructure and public buildings, which were heavily damaged due to lack of maintenance, airstrikes targeting the Daesh terrorists or the final clashes before its liberation, have either been restored or completely rebuilt thanks to Turkey's efforts.