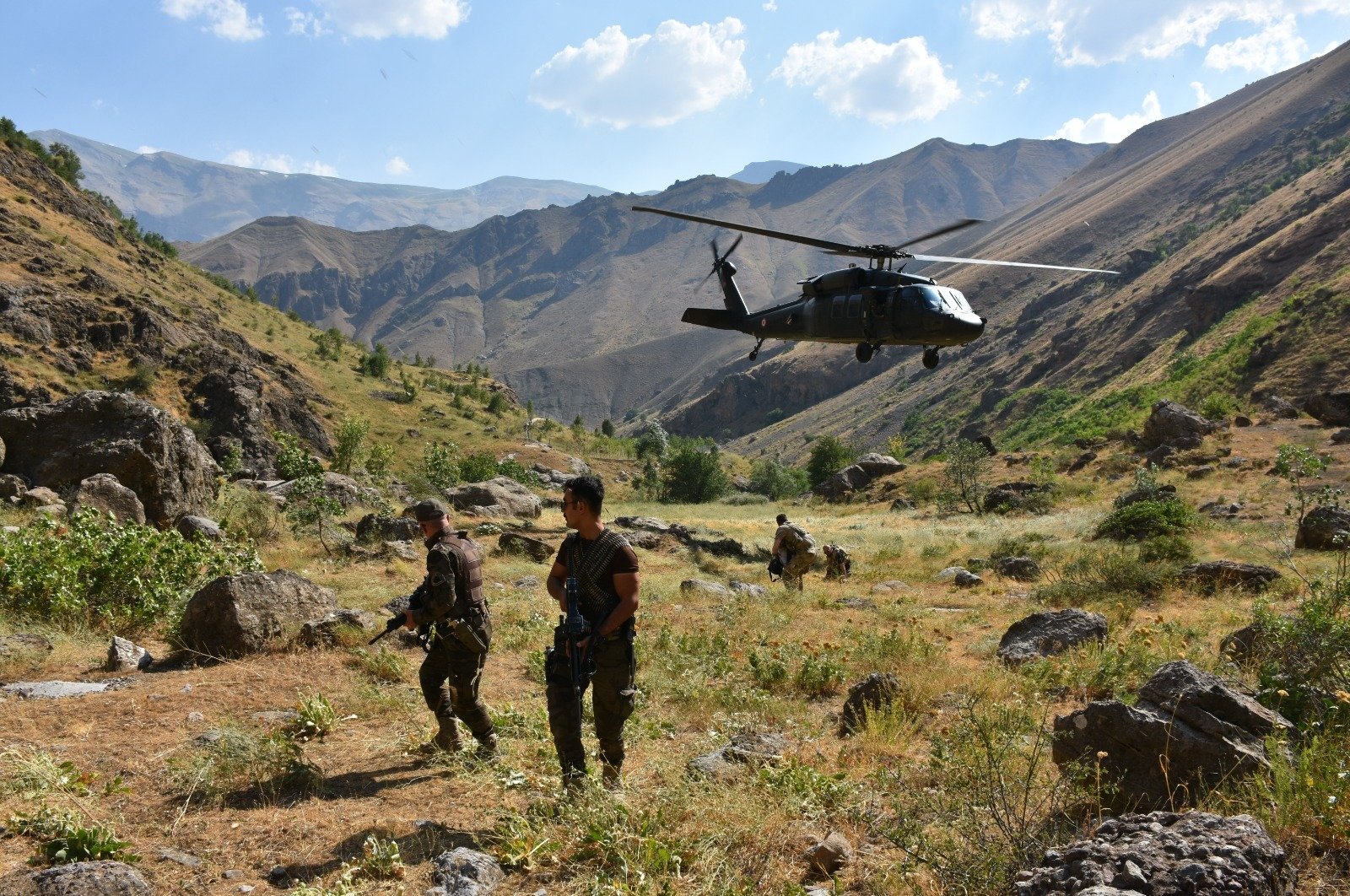 A total of 102 PKK terrorists have surrendered to Turkish security forces since the beginning of 2020, the Interior Ministry said in a statement on Wednesday.

Two more PKK terrorists surrendered to security forces in Şanlıurfa in southeastern Turkey as the result of persuasion efforts by the gendarmerie, the Interior Ministry said.

The development brings the total number of terrorists who have surrendered this year to 112.

According to a statement by the Interior Ministry, the terrorists joined the PKK in 2014 and 2015. They were convinced to surrender thanks to the efforts of the Şırnak Provincial Gendarmerie Command.

Efforts by police and security forces to persuade terrorists to leave the PKK are ongoing, the ministry said.

The dissolution of the PKK has accelerated due to Turkey's successful counterterrorism operations and strategies both at home and abroad.

In recent years, however, Turkey has seen record numbers of PKK terrorists giving themselves up in the face of determined domestic and cross-border anti-terror operations.

The PKK is recognized as a terrorist organization by Turkey, the United States and the European Union. Its terror campaign against Turkey has lasted more than 30 years.