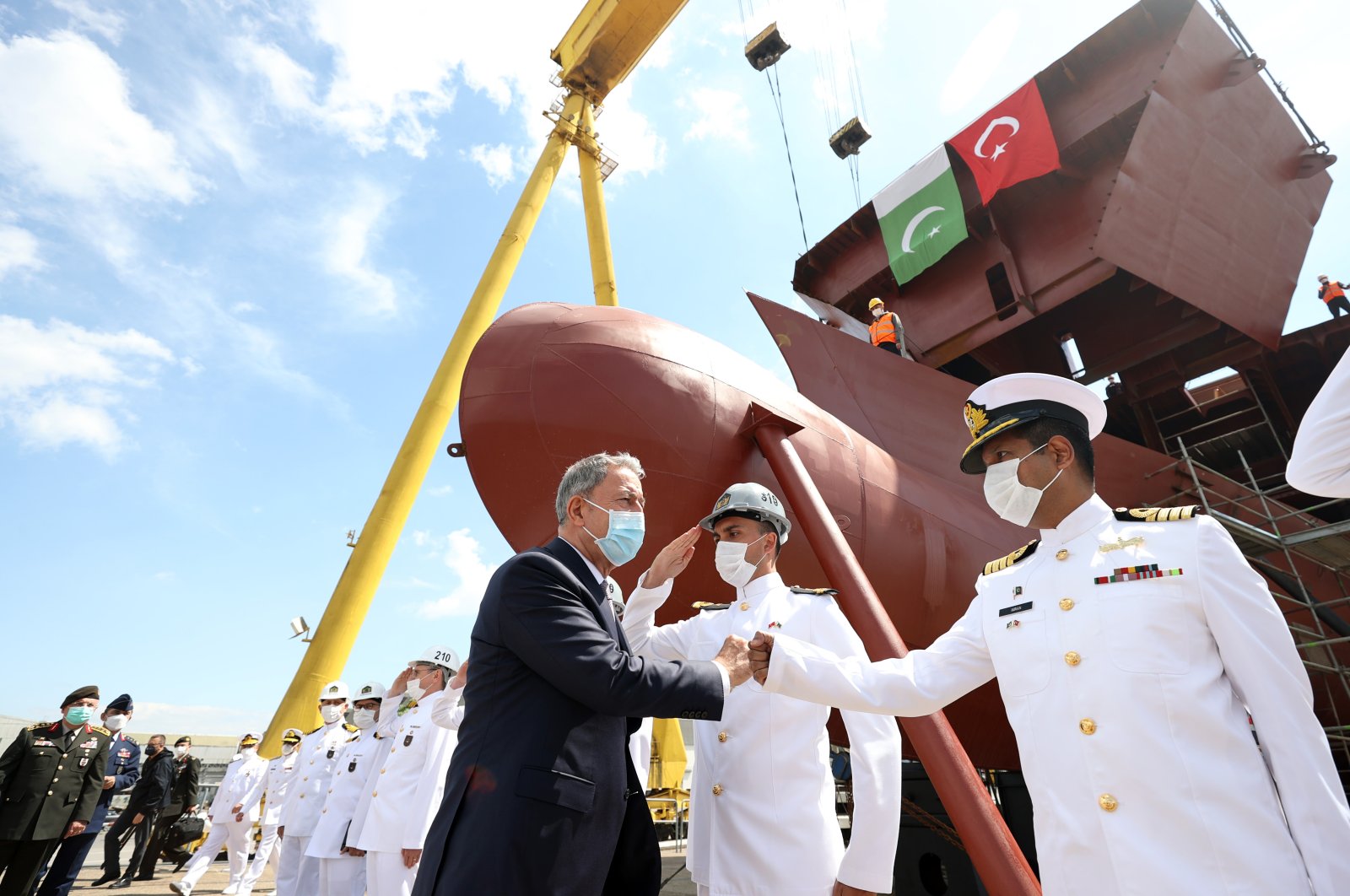 The Turkish Armed Forces (TSK) launched a large-scale military operation against terrorists in the region on April 23.

A total of 1,107 terrorists have been killed so far this year, Akar said in an address at the Sedef shipyard in Istanbul.

“We once again witnessed here that we can achieve great successes,” he said, indicating that Turkey has been taking significant steps in the defense sector recently.

"Turkish forces continue to destroy terrorist lairs. Turkish soldiers are checking all the caves, streams and hills there, one by one," Akar said.

Akar reiterated that Turkey only targets terrorists in its operations in and outside the country, dismissing claims made by some circles that it was targeting "ethnic and religious groups."

“These are certainly not true. These are lies and do not reflect the reality,” he said.

Akar, reminding that the PKK’s Syrian head Sofi Nurettin was killed in Iraq, said this clearly shows the ties between the PKK and its Syrian wing (YPG), something still being denied by the U.S.

“There is no difference between the YPG and the PKK. Those who say they are different are messing with our minds. It is not moral to discuss an issue that is so clear.”

The U.S. has primarily partnered with the YPG in northeastern Syria in the anti-Daesh fight. On the other hand, Turkey strongly opposed the terrorist group’s presence in northern Syria, which has been a major sticking point in strained Turkey-U.S. relations. Ankara has long objected to the U.S.' support for the YPG, a group that poses a threat to Turkey and that terrorizes local people, destroying their homes and forcing them to flee.

Under the pretext of fighting Daesh, the U.S. has provided military training and given truckloads of military support to the YPG, despite Turkey’s security concerns.

While underlining that a country cannot support one terrorist group to fight another, Turkey conducted its own counterterrorism operations, over the course of which it has managed to remove a significant number of terrorists from the region.

Turkey has aimed to prevent the YPG from establishing a de facto autonomous region in northern Syria which would border Turkey.

Speaking on the current issues in the Aegean and Mediterranean seas, as well as Cyprus, Akar said, "We're in favor of the peaceful resolution of these problems within the framework of international law and good neighborly relations by talking and negotiating with our Greek neighbors."

However, he added, "Our Greek neighbors are doing their best to sabotage the positive state of affairs with their actions and discourse."

It will be impossible for the two sides to make any progress with these "provocations," Akar noted.

The two NATO allies have been at odds over several decades-old issues including the extent of their continental shelves, overflights in the Aegean Sea and the ethnically split island of Cyprus. Turkey, which has the longest continental coastline in the Eastern Mediterranean, has rejected maritime boundary claims made by European Union members Greece and the Greek Cypriot administration, stressing that these excessive claims violate the sovereign rights of both Turkey and the Turkish Republic of Northern Cyprus (TRNC).

Since 2002, the two countries have held dozens of rounds of talks to try to lay the groundwork for full negotiations over the issue. Obstacles remain, however, including what each side is willing to discuss.

A recent meeting last month between the two countries’ top diplomats also ended with tensions on the rise.

After months of ups and downs in bilateral ties, Turkey and Greece finally managed to have a meeting on regional issues, particularly the Eastern Mediterranean tensions, raising hopes for improved relations, only to be shattered by the Greek side's provocative stance that makes it harder for both sides to pursue dialogue on a diplomatic level.

Following a meeting in Ankara, foreign ministers of both countries got in front of the camera for a joint press conference. The conference opened with conciliatory remarks from Turkish Foreign Minister Mevlüt Çavuşoğlu in which he praised "the very positive dialogue" they just held in the Turkish capital.

However, Greek Foreign Minister Nikos Dendias used his opening remarks to rattle off a series of longstanding complaints about Turkey – from its search for natural gas in the Eastern Mediterranean to its treatment of the Greek Orthodox minority and the sides' ongoing dispute over illegal migrants.