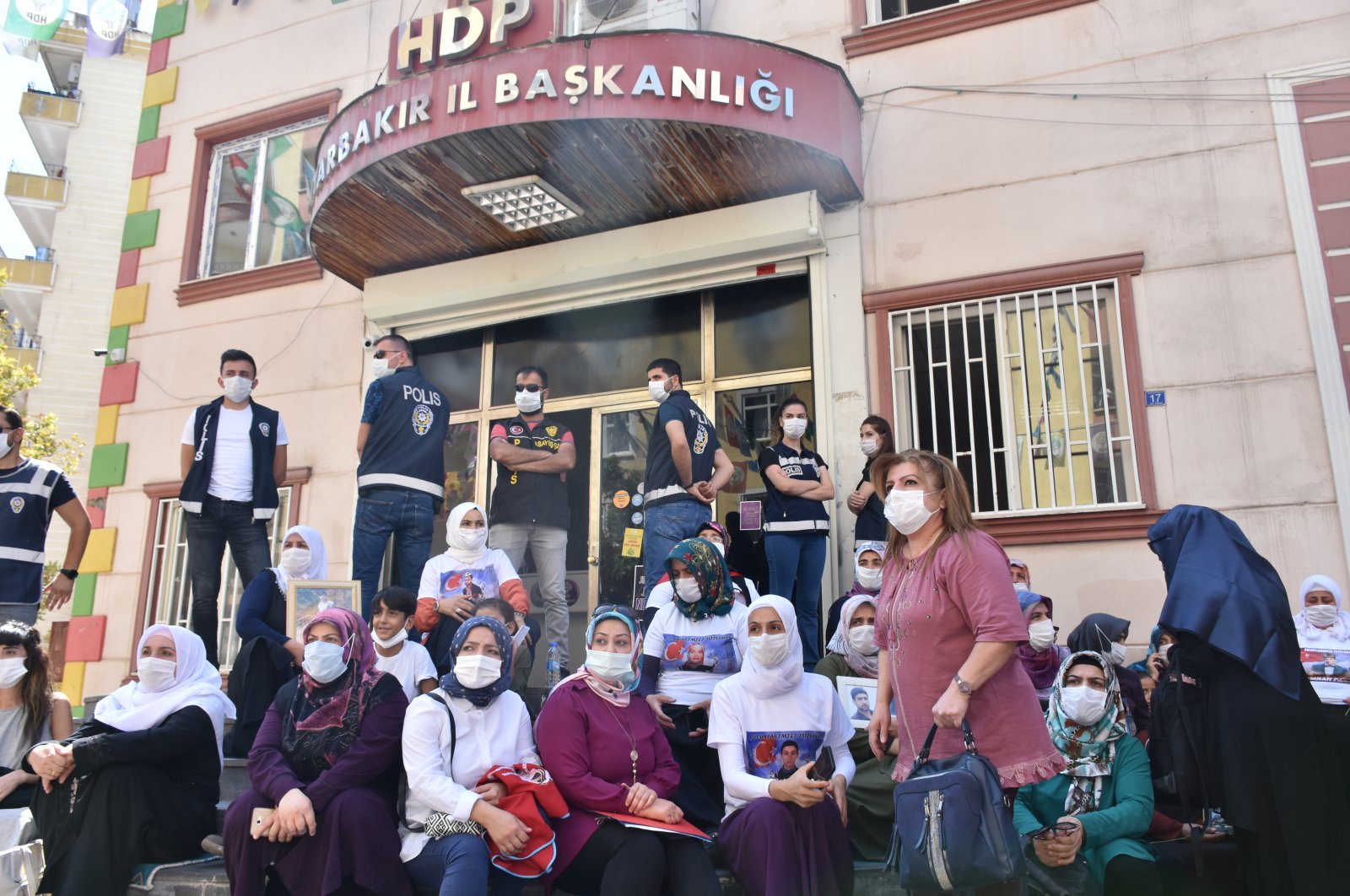 Another family has been reunited with their child that had been recruited by the PKK, Turkish Interior Minister Süleyman Soylu announced Wednesday.

The Çetin family rejoined their son, who was abducted at the age of 13, for the first time in five years, thanks to persuasion efforts conducted by the Diyarbakır, Mardin and Şanlıurfa provincial gendarmerie forces.

Erdal Çetin’s family was protesting in front of the pro-PKK Peoples’ Democratic Party (HDP) headquarters in southeastern Turkey’s Diyarbakır when he surrendered to security forces in Mardin’s Nusaybin district Tuesday.

The protest started when Hacire Akar turned up at the doorstep of the HDP’s Diyarbakır office one night after her son was abducted by the PKK. A week later, on Sept. 3, 2019, families inspired by Akar, transformed her solo stance into a collective sit-in protest.

Since then, 16 families have managed to reunite with their children thanks to the protest's success.

A significant number of suspected terrorists have fled the PKK and surrendered. More than 235 members surrendered to Turkish security forces in 2019. Once they surrender, former recruits are provided with many opportunities, including the right to education and the freedom to live without fear and oppression.

Many suspected terrorists lack the courage to leave the group because they fear severe punishment if caught. They are not ill-treated, can contact their families freely, and are provided with essential judicial assistance, while the Turkish state offers a variety of services to ensure their reintegration into society.