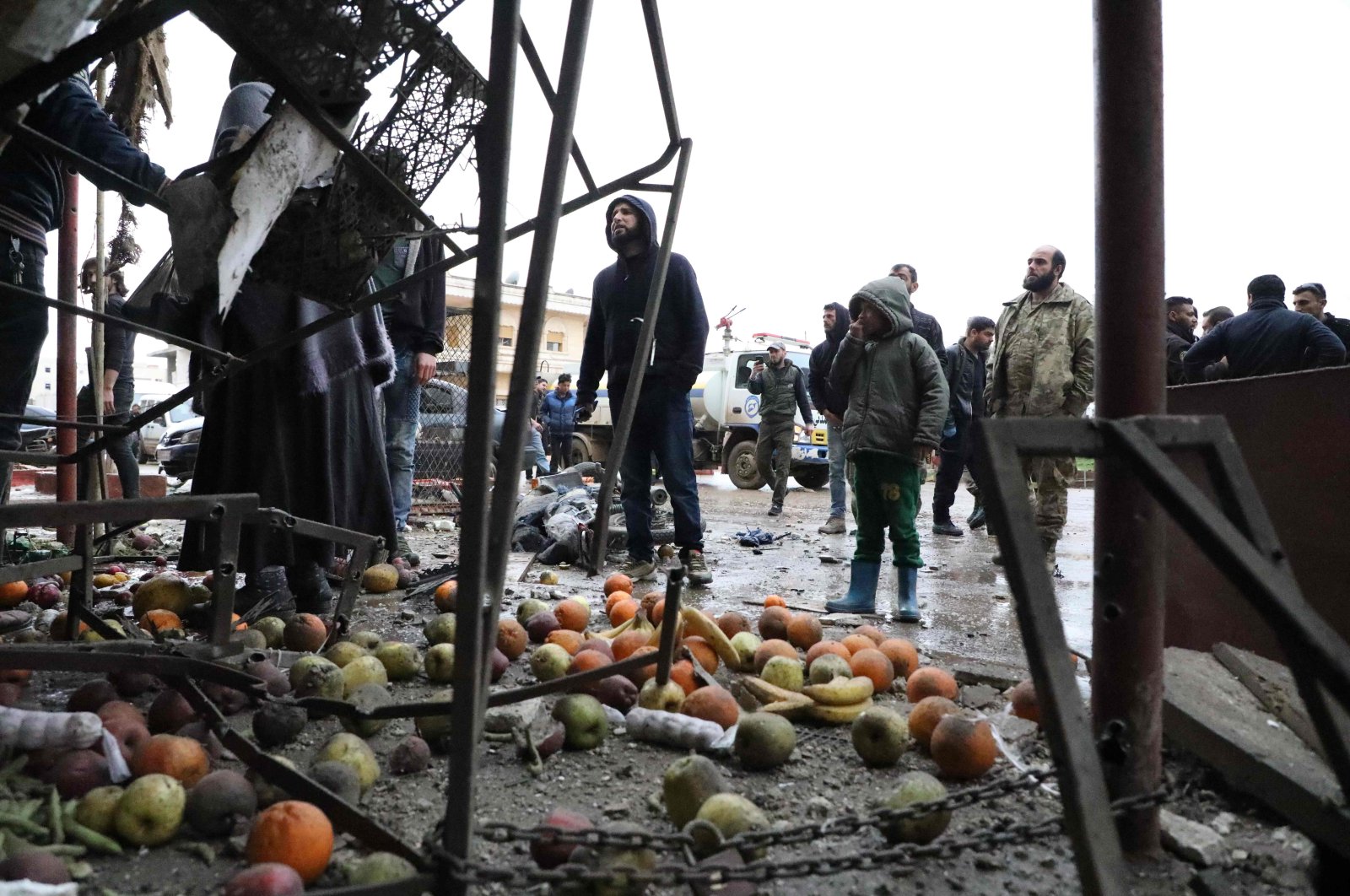 Onlookers gather at a market that was targeted by shelling with rocket-propelled grenades near the Shifa Hospital in the opposition-held Syrian city of Afrin, north of Aleppo, on March 18, 2020. (AFP Photo)
by Daily Sabah with AA Mar 20, 2020 12:22 pm
Edited By Sinan Öztürk
RECOMMENDED

Two children were wounded in an attack by the PKK terrorist organization on northwestern Syria’s Afrin province Wednesday. The attack was conducted from Tal Rifaat, which was supposed to be cleared of terrorists under a deal with Russia.

The PKK and its Syrian affiliate, the YPG, occasionally conduct attacks from Tal Rifaat on civilians even though Turkey and Russia signed a deal on Oct. 22, 2019, envisaging that terrorists would be driven off.

“All YPG/PKK elements and their weapons will be removed from Manbij and Tal Rifaat,” the agreement said in its sixth article, while the seventh added, “Both sides will take necessary measures to prevent infiltrations of terrorist elements.”

Yet, the terrorists remain, despite the deal and the pledge from Russia.

Another four civilians lost their lives in an attack by the terrorist organization on Wednesday in Afrin, which had been liberated by the Turkish army.

Tuesday was the anniversary of the end of Turkey's second cross-border operation in Syria, Operation Olive Branch, which aimed to clear Afrin of terrorists while ensuring border security.

Named after the olive trees in Afrin, which the province is famous for, the operation started back on Jan. 20, 2018, and ended 58 days later. Between these dates, the Turkish military cleared the province of terrorist elements while establishing a secure environment for displaced Syrians to return. Occasionally, terrorists still conduct attacks on civilians in areas under the control of the Syrian National Army (SNA) and continue their operations in the province's southeast, in places like Tal Rifaat, after being pushed out of Afrin.