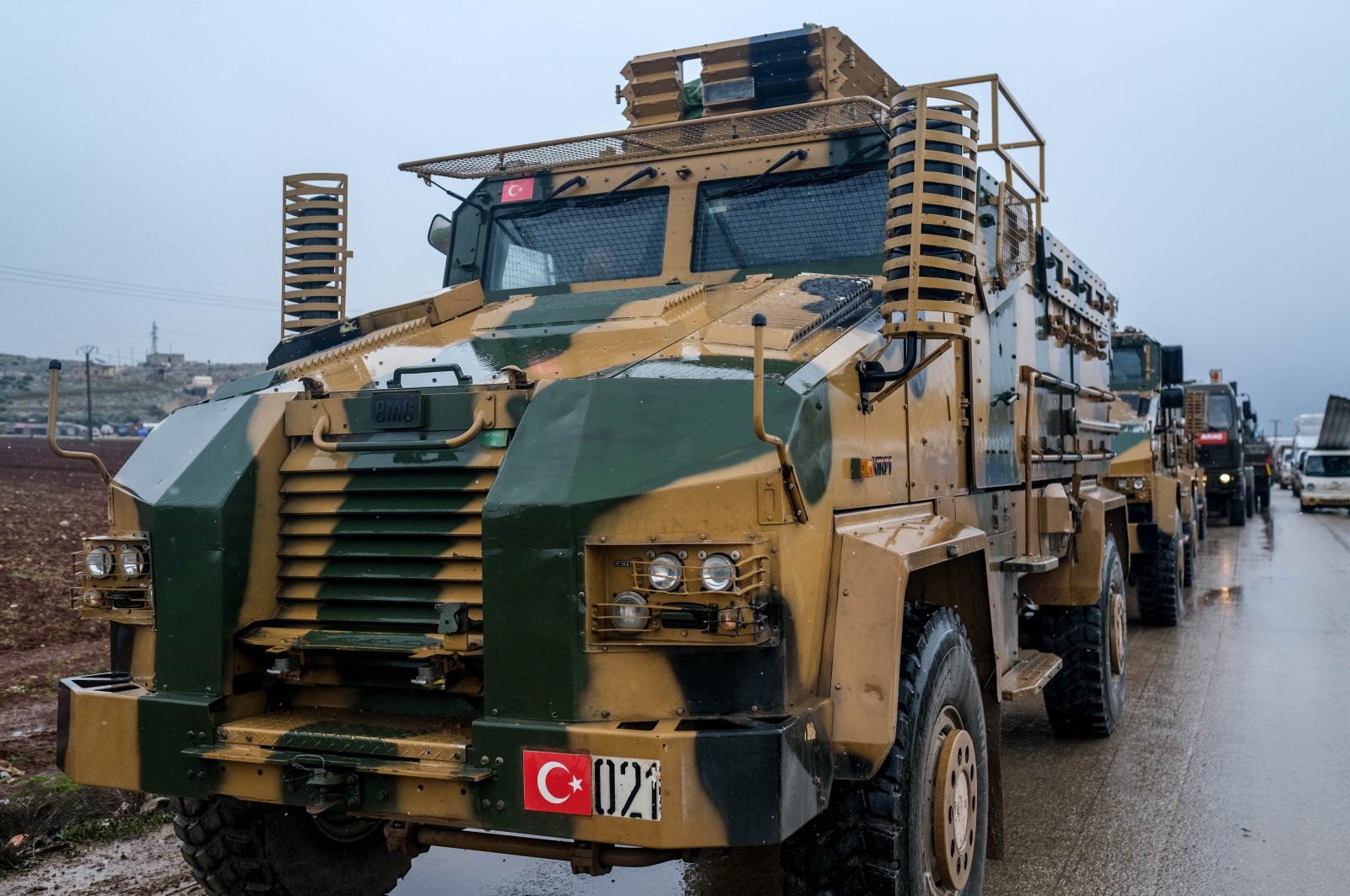 A Turkish armored vehicle in the de-escalation zone in Idlib, Syria, in this undated file photo. (File Photo)
by DAILY SABAH Sep 11, 2021 11:52 am

Two Turkish soldiers were killed and three others were injured in an attack carried out in the de-escalation zone in Syria's Idlib province, the Defense Ministry said Saturday.

The ministry noted that the attack targeted a vehicle of Turkish soldiers returning after a search mission.

The ministry extended condolences to the families and loved ones of the soldiers.

Since April 2018, attacks on Idlib, the last opposition stronghold, have dramatically intensified, causing new waves of refugees to flow toward the Turkish border and putting the country – which already hosts 3.7 million Syrian refugees – into a difficult position.

As a result, Turkey, which has the second-largest army in the transatlantic NATO alliance, has funneled troops and equipment into the region in recent weeks to stop the Syrian regime's advance and hoping to avoid another wave of refugees.