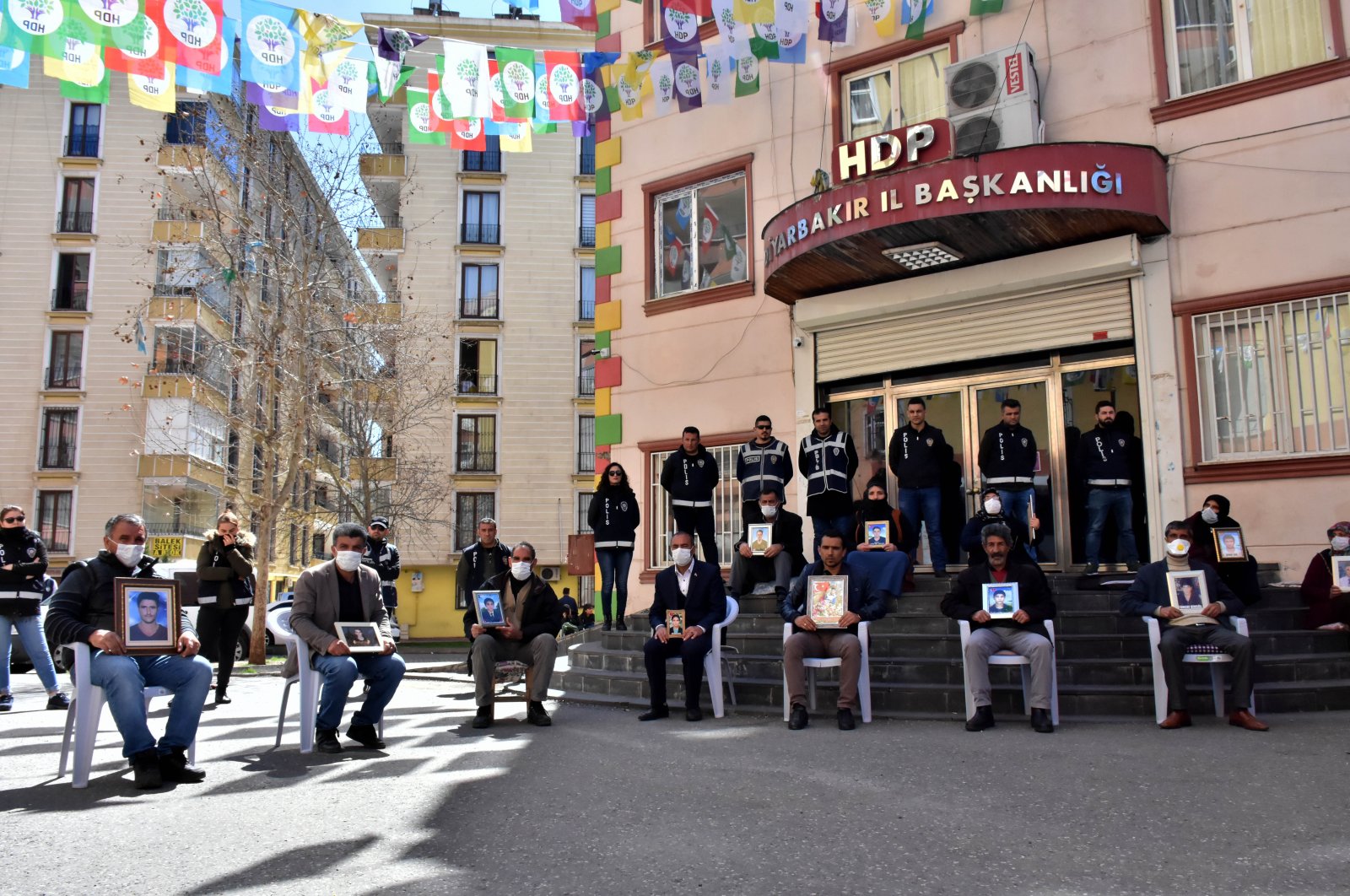 Kurdish families marked the 200th day of sit-in protests on Saturday against the PKK terror group in front of the pro-PKK Peoples’ Democratic Party’s (HDP) headquarters in southeastern Diyarbakır province. Despite severe winter conditions, families continued to voice their demands to rescue their kids abducted by the terror group. The arrival of spring has brought more hope for these families waiting to be reunited with their children.

Süleyman Aydın, a father whose son Özkan was abducted by the PKK four years ago when he was 15, said elderly people over 65 can no longer join the protests due to the measures taken against the spread of COVID-19 pandemic.

Addressing HDP lawmakers, Aydın said: “Despite our expectations, you do not explain anything. Why don’t you come and support us in demanding our kids back from the PKK? Unless you distance yourself from the PKK, no one will leave your door. All of these people here are victim Kurdish people. Let’s make a statement and demand our children from the PKK. If any HDP lawmaker comes here and demands my son from the PKK, I promise that I will stop protesting.”

Süheyla Demir, a mother whose daughter, Hayal, was abducted five years ago, said that they are waiting hopefully for their daughter's return.

Stating that she has been there since the beginning, Demir called on her daughter: “Your mother has been waiting for you here for 200 days. We love you so much. If necessary, I will wait for you for 100 years. I want to know whether you are alive. I call on all young people there. Come and surrender and continue your lives where you left.”

The protest started when Hacire Akar turned up at the doorstep of the HDP's Diyarbakır office one night. A week later, on Sept. 3, 2019, families inspired by Akar transformed her solo stance into a collective sit-in protest. Akar's son Mehmet returned home on Aug. 24, showing people that there is still hope.

They are treated well, allowed to contact their families and given access to a lawyer. They will undergo a just judicial process.

In 2011, families whose children were kidnapped by the PKK terrorist organization once again gathered for a sit-in protest in Diyarbakır to express their discontent with HDP officials.

Nongovernmental organization representatives were also present at the protest and pointed out that abducting a child for war and conflict falls under the U.N.'s category of crimes against humanity. Accusing the HDP of being indifferent to the fact that children are being handed guns and trained for war, the protesters voiced their anger and asked for the government's help.

In its more than 35-year terror campaign against Turkey, the YPG/PKK, listed as a terrorist organization by Turkey, the U.S. and European Union, has been responsible for the deaths of 40,000 people, including women, children and infants.