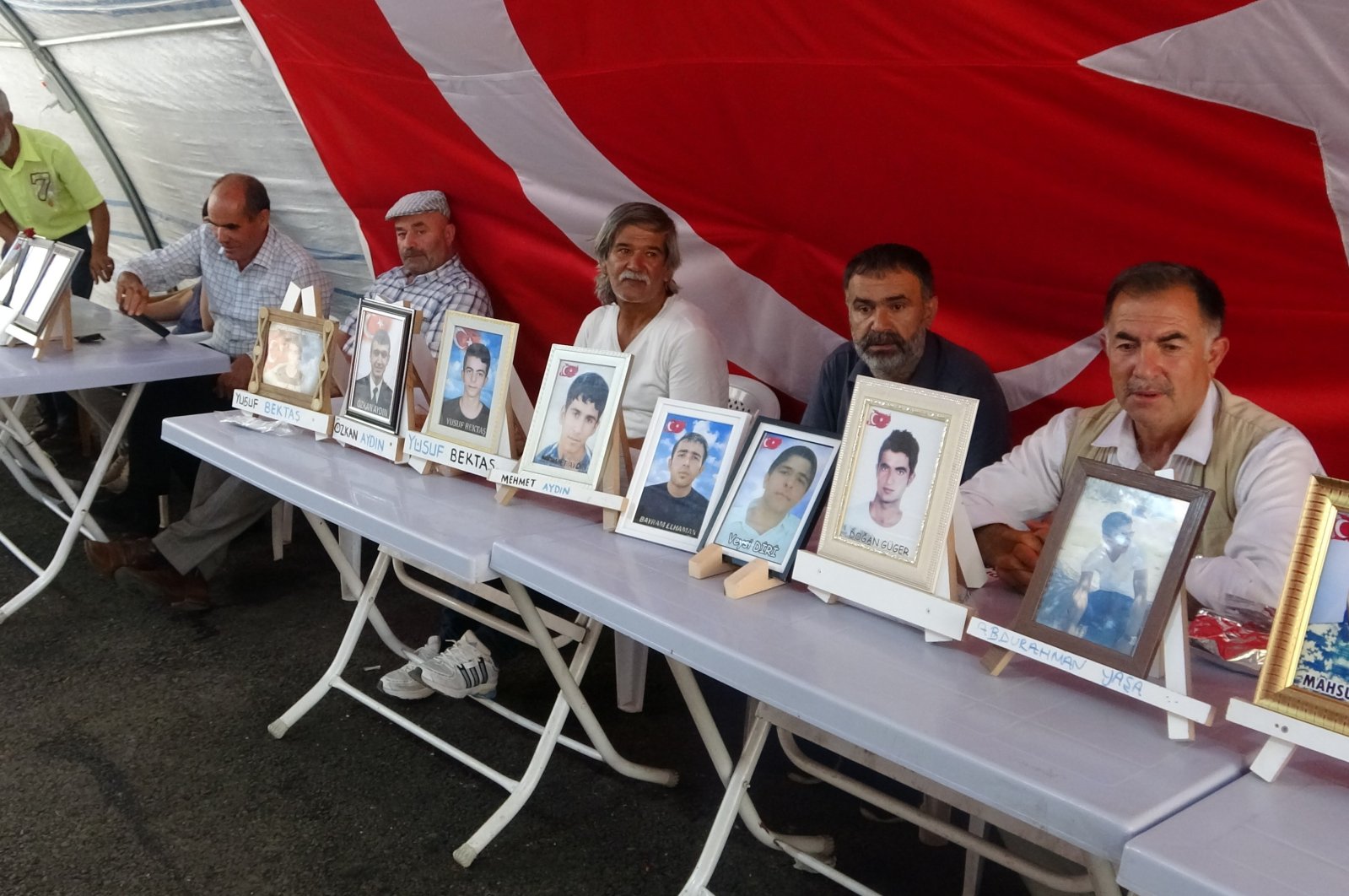 Families seeking the return of their children abducted by PKK terrorists attend a sit-in outside the HDP headquarters in Diyarbakır, Turkey, Aug. 5, 2022. (IHA Photo)
by Anadolu Agency Aug 05, 2022 10:22 pm

The terrorists, who joined the PKK between 2002 and 2021 and operated in Iraq, surrendered following successful persuasion efforts by the Turkish police and gendarmerie, the ministry said in a statement.

The number of terrorists who have laid down their arms through persuasion efforts in 2022 now stands at 68, it added.

According to Turkish officials, in recent years the PKK terrorist group – battered and demoralized by Turkish security forces' successful operations – has been losing terrorist members and failing to attract fresh blood.

In its more than 40-year terror campaign against Turkey, the PKK-listed as a terrorist organization by Turkey, the United States and European Union – has been responsible for the deaths of over 40,000 people, including women, children and infants.