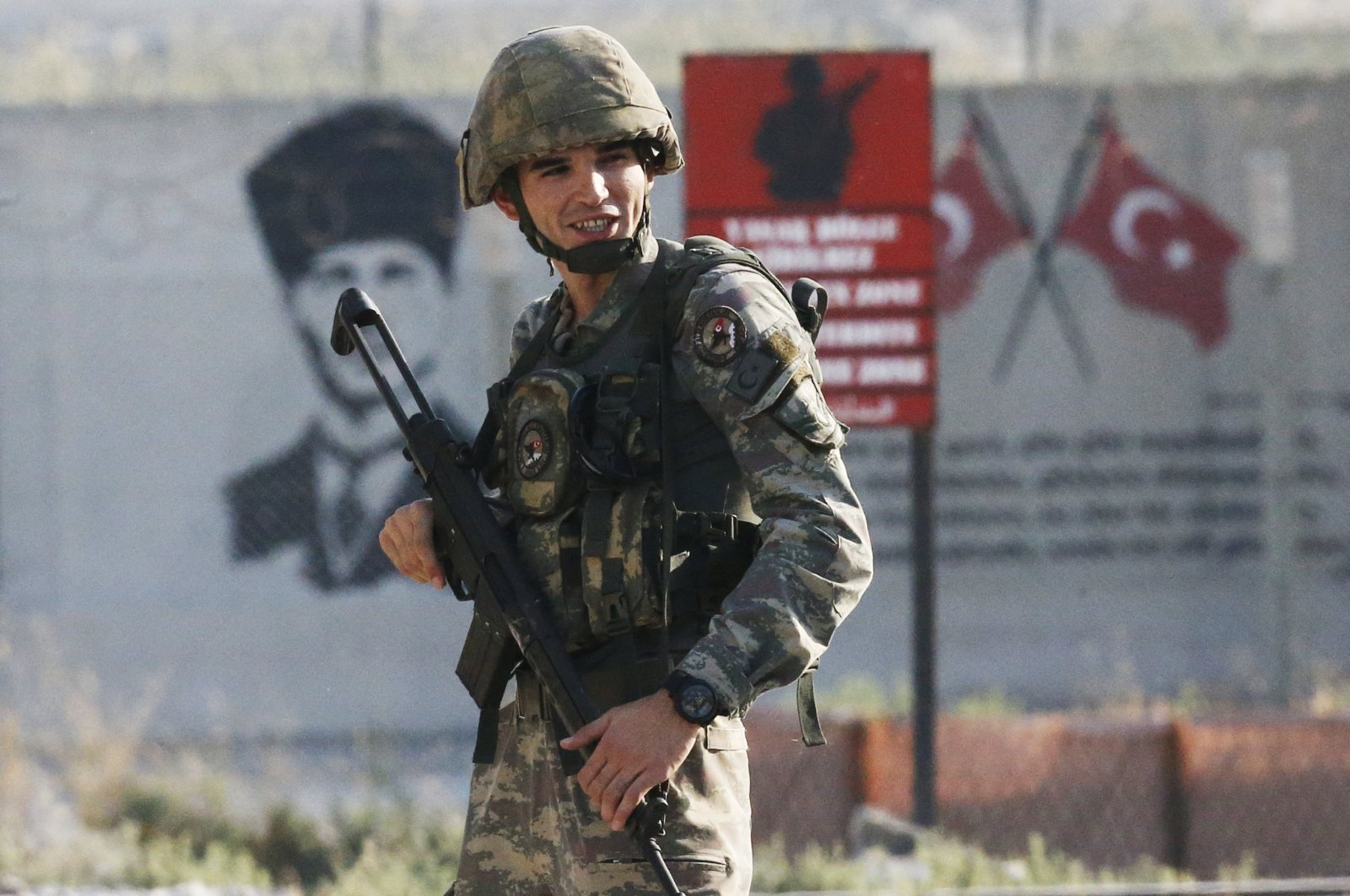 Shortly after the Turkey's Operation Peace Spring operation inside Syria had started, a Turkish soldier stands at the border with Syria in Akçakale, Şanlıurfa province, Oct. 9, 2019. (AP Photo)
by DAILY SABAH WITH AA Aug 07, 2020 1:50 pm
RECOMMENDED

Since the start of this year, Turkey has arrested 31 terrorists and suspected terrorists along its border with Syria, Turkish security sources told Anadolu Agency (AA).

Twenty-eight terrorists were arrested while trying to cross into Turkey from Syria by illegal means, including three sought by Interpol, 18 Daesh members, three YPG/PKK terrorists and seven al-Qaeda terrorists, said the sources, who asked not to be named due to restrictions on speaking to the media.

Out of the 31 terrorists, 13 were deported following joint operations by Turkish intelligence teams, police, gendarmerie and border troops.

One of the suspects was a Danish national wanted by Interpol with a red notice for allegedly joining Daesh.

The suspect was caught at the Syrian border in Kilis in a joint operation by Turkish intelligence teams and police and was later transferred to an immigration office for Interpol processing.

Two Daesh-linked women were also arrested while trying to cross into Turkey by illegal means.

The women were identified as nationals of the Russian Republic of Dagestan and were transferred to an immigration office for deportation.

Two Daesh-linked Kyrgyz nationals, both of them women, were also processed for deportation.

Turkey launched four counterterrorism operations in Syria since 2016 to eliminate YPG and Daesh terrorists from northern Syria to secure Turkey's borders, aid in the safe return of Syrian refugees and ensure Syria's territorial integrity. Operation Spring Shield was the latest one launched in March.

In 2013, Turkey was among the first countries to list Daesh as a terrorist group. The country has since been targeted by the group numerous times in at least 10 suicide attacks, seven bombings and four armed attacks, killing at least 300 people and injuring hundreds.

In response, Turkey has launched military and police operations at home and abroad to prevent further terror attacks.

In its more than 40-year terror campaign against Turkey, the PKK – listed as a terrorist organization by Turkey, the U.S. and the European Union – has been responsible for the deaths of 40,000 people, including women, children and infants. The YPG is PKK's Syrian offshoot.