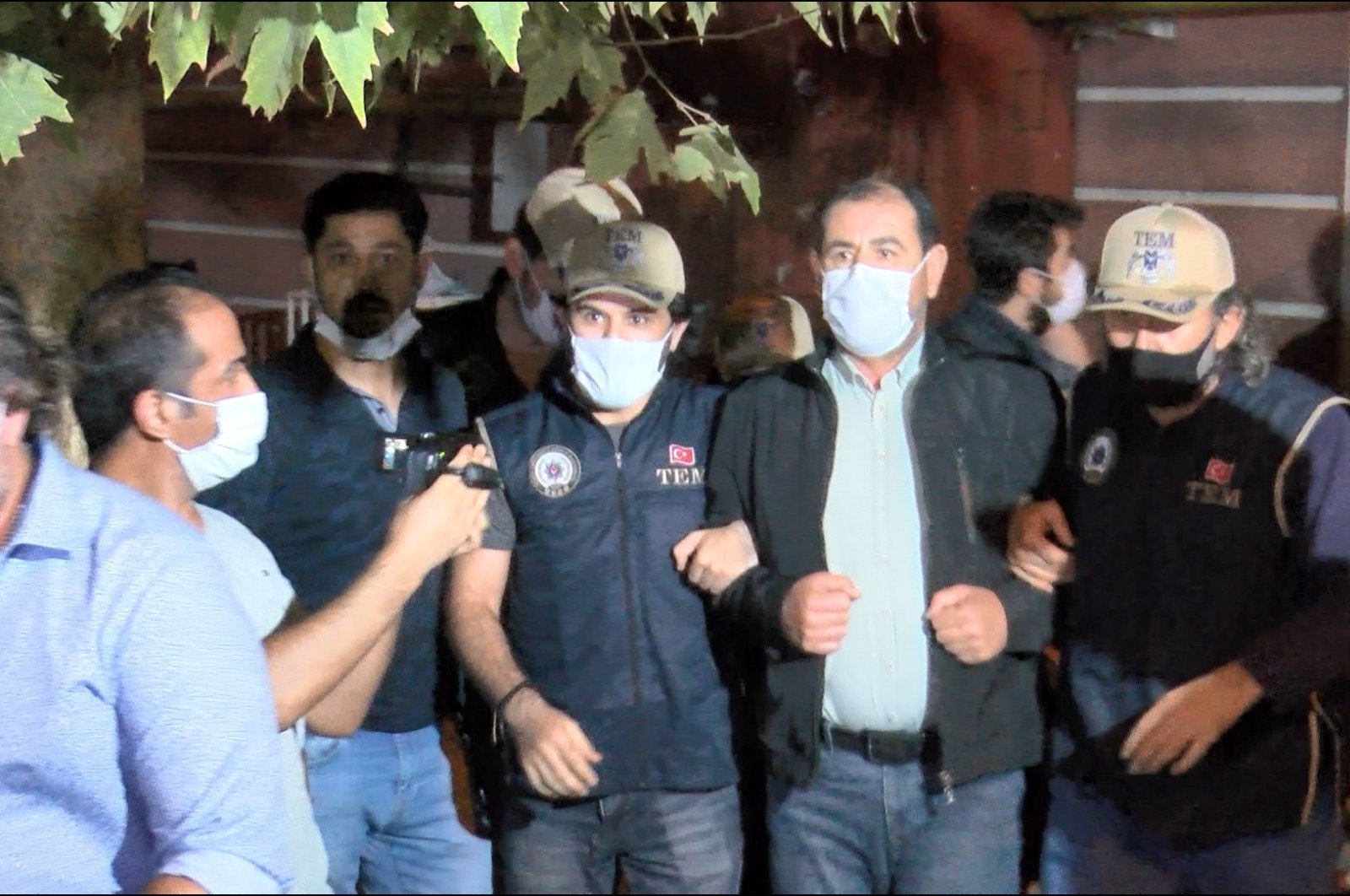 Within the scope of a counterterrorism investigation, a Turkish court on Friday filed a lawsuit against four suspects, demanding prison sentences of up to 20 years.

The office of the chief public prosecutor in southeastern Diyarbakır province had prepared two separate indictments for the suspects, including the pro-PKK Peoples’ Democratic Party’s (HDP) provincial Chairperson Zeyyat Ceylan after documents about the PKK terrorist group were found in the party’s offices.

Police teams searched the HDP's provincial and Yenişehir district buildings on Oct. 22. Many documents and materials related to the PKK were seized during the operation.

Four suspects, including Ceylan and Yenişehir district Chairperson Remziye Sızıcı, were detained. On Oct. 30, Ceylan and Hülya Alökmen Uyanık were arrested on charges of "being a member of an armed terrorist organization." Sızıcı and party member K.K. were released under judicial control provisions.

Its mayors have also been accused of undermining municipal services, allowing the PKK to dig ditches in the streets and launch attacks on police and soldiers when the terrorist group adopted an urban warfare strategy in July 2015 and ended a two-year reconciliation period. Mainly deployed in the southeastern Diyarbakır, Şırnak and Mardin provinces, this strategy led to the destruction of entire neighborhoods in clashes, with the most damage inflicted on Şırnak's city center and in the districts of Sur, Cizre and Nusaybin.

As a result, Turkey removed the elected administrations of 93 municipalities in the region for their links to the PKK terrorist group and appointed trustees to these municipalities in 2016 in the aftermath of the coup attempt launched by the Gülenist Terror Group (FETÖ). During the period following the 2019 local elections, 59 HDP-led municipal administrations have been replaced with trustees.