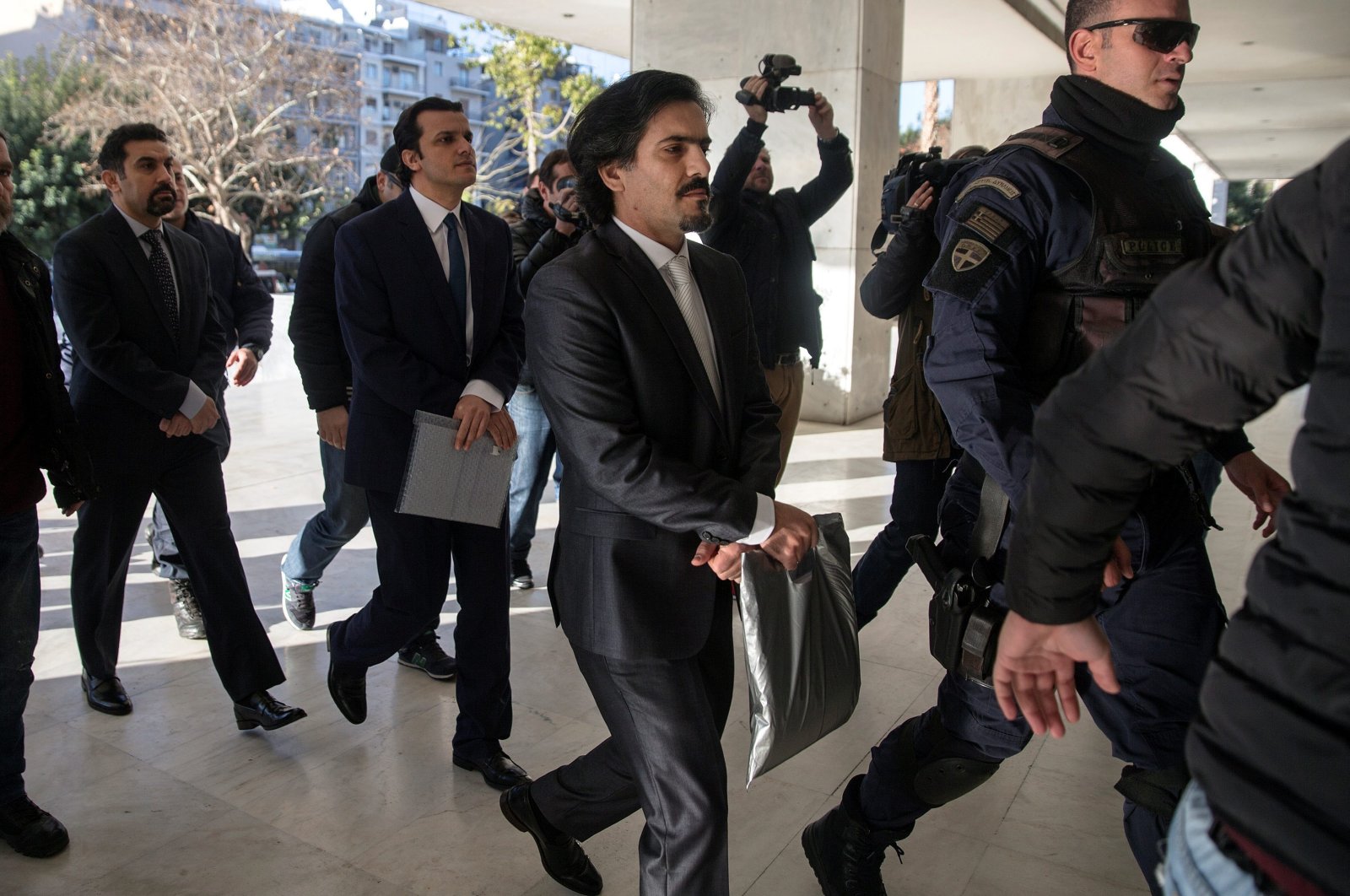 Three of the eight Turkish soldiers (C, 2nd L and L), who fled to Greece in a helicopter and requested political asylum after a failed military coup against the government, are escorted by police officers as they arrive at the Supreme Court in Athens, Greece, Jan. 13, 2017. (Reuters Photo)
by Daily Sabah with AA Jan 11, 2021 11:15 am

Six more members of the Gülenist Terror Group (FETÖ) have requested asylum from the Greek authorities after fleeing to the country.

According to local media, a boat carrying a group of FETÖ members docked at a port in western Crete's Kuremenos region Sunday morning. The officials on the island said the newcomers introduced themselves as Gülenists and requested asylum.

Their application will be examined after a health check, the officials added.

Over 8,000 FETÖ members crossed into Greece in the past 3 1/2 years, as Turkey criticizes the country for ignoring Ankara's calls for international cooperation against the terrorist group.

Turkey has repeatedly accused Greece of being a haven for terrorists who committed crimes against the Turks.

Athens recently angered Ankara over a string of asylum decisions and the release of terrorist suspects wanted by Turkey.