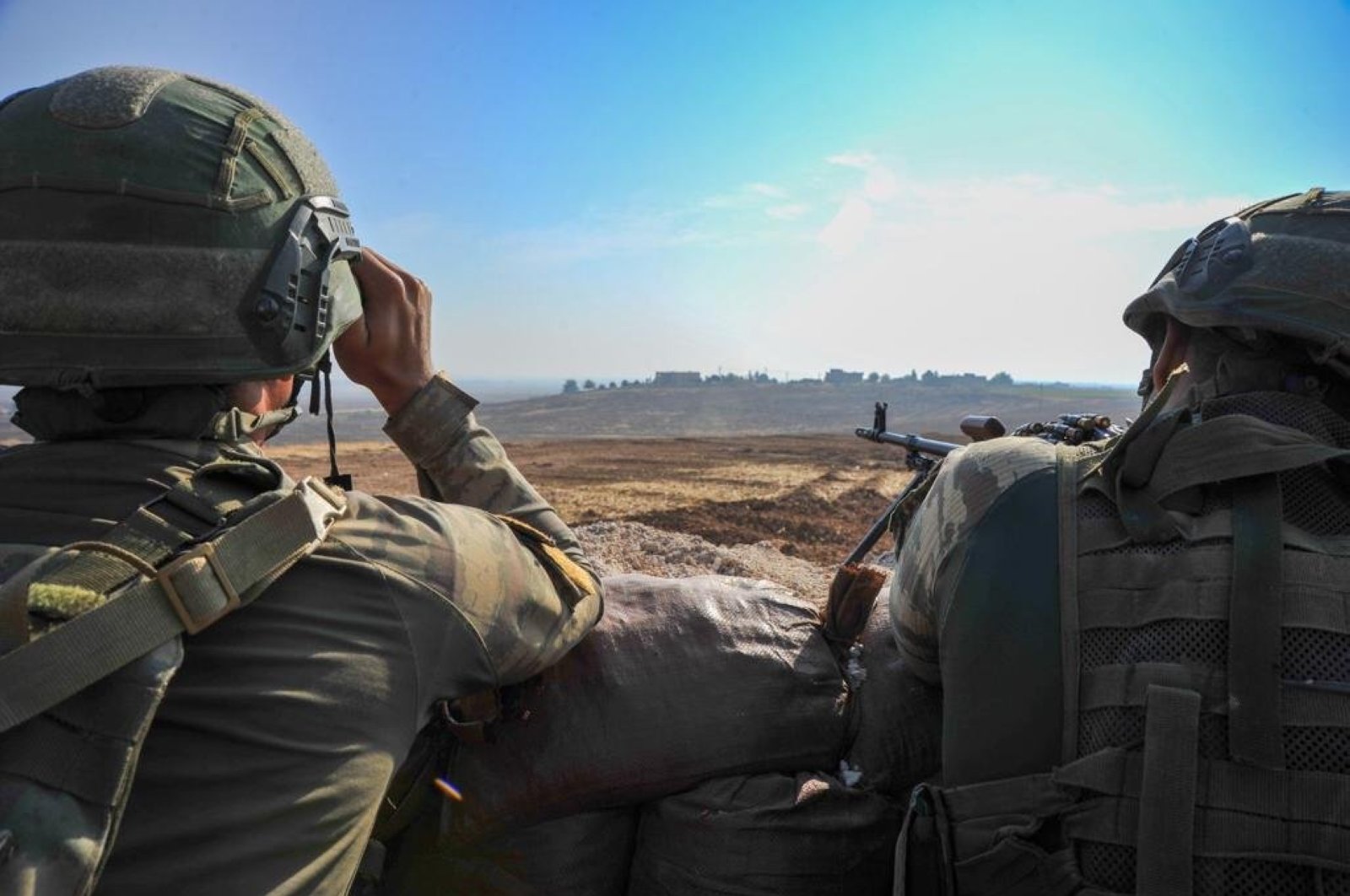 There has been a surge in the number of PKK terrorists laying down arms and surrendering to Turkish security forces after a series of successful domestic and cross-border anti-terror operations. (DHA)
by DAILY SABAH Apr 19, 2020 12:15 pm
RECOMMENDED

Since Jan. 1, 2020, a total of 71 PKK terrorists have surrendered to the security forces, the Interior Ministry said Sunday.

Expressing that the latest addition to the surrendered terrorist list was made on Sunday, the ministry expressed its appreciation for the efforts of the security forces as well as the families of the terrorists. The number of surrenders continues to rise daily.

On Sunday, Abdurrahman Kayıhan, code-named "Andok," who joined the terrorist group five years ago and most recently carried out terrorist activities in Syria, surrendered to the security forces in the southeastern province of Mardin.

There has been a surge in the number of terrorists laying down arms and surrendering to Turkish security forces after a series of successful domestic and cross-border anti-terror operations.

The surrendered terrorists include individuals whose parents have been participating in a demonstration in front of the pro-PKK Peoples’ Democratic Party (HDP) Diyarbakır headquarters, demanding the return of their children kidnapped by the terrorist group.

In its more than four-decade terror campaign against Turkey, the PKK – listed as a terrorist organization by Turkey, the U.S. and the EU – has been responsible for the deaths of nearly 40,000 people, including women and children. The YPG is the PKK's Syrian offshoot.

The Interior Ministry in a statement on Nov. 26, 2019, said the dissolution of the PKK has been accelerated due to Turkey's successful counterterrorism operations and strategies both at home and abroad.

According to some former terrorists, PKK ringleaders have risked the lives of others to save their own ranks and threatened those planning to surrender with torture.