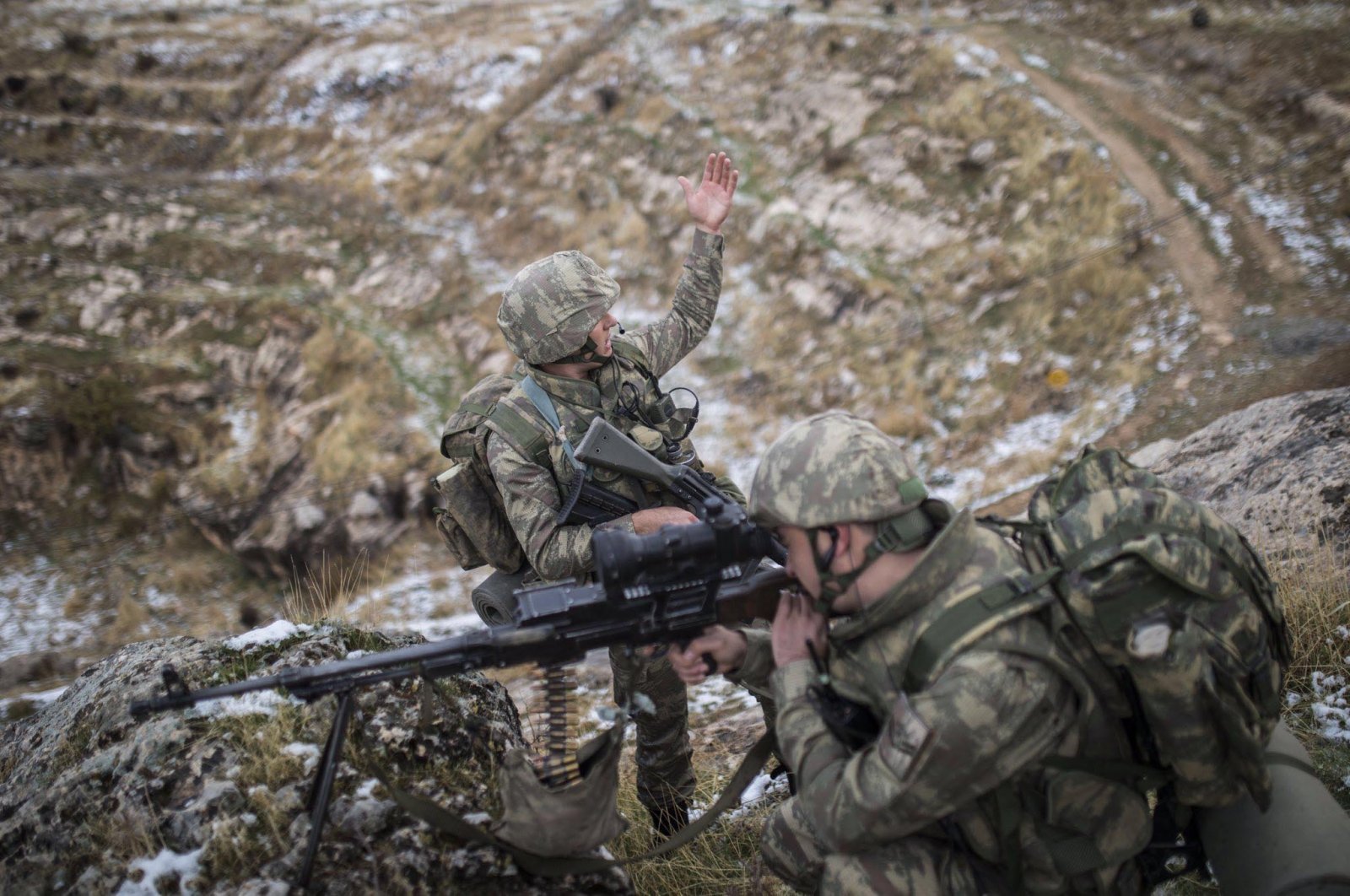 Security forces have detained nine suspected PKK terrorists in southeastern Turkey, while five others were neutralized in airstrikes in northern Iraq, the Defense Ministry said Sunday.

The terrorists were arrested in multiple simultaneous raids conducted by counterterrorism police and gendarmerie squads, reports said. They also confiscated different organizational materials at these addresses.

The terrorists were brought to the police headquarters after routine medical checks.

Meanwhile, five other PKK terrorists were neutralized in airstrikes in northern Iraq’s Hakurk region, according to the Defense Ministry.

The whereabouts of the terrorists were determined using reconnaissance and surveillance devices, the ministry said.

Turkish authorities generally use the word "neutralized" to imply the terrorists in question have either surrendered, been killed or captured.

On May 27, Turkey launched Operation Claw against the PKK in northern Iraq's Hakurk region.

In mid-July and late August, Turkey launched the follow-up Operation Claw-2 and Operation Claw-3 in northern Iraq with the same purpose. The ongoing operations have neutralized dozens of terrorists so far.

In its more than four-decade terrorist campaign against Turkey, the PKK – listed as a terrorist organization by Turkey, the U.S., and the EU – has been responsible for the deaths of over 40,000 people, including women and children.