Another Diyarbakır family protesting PKK to be reunited with child, interior minister says 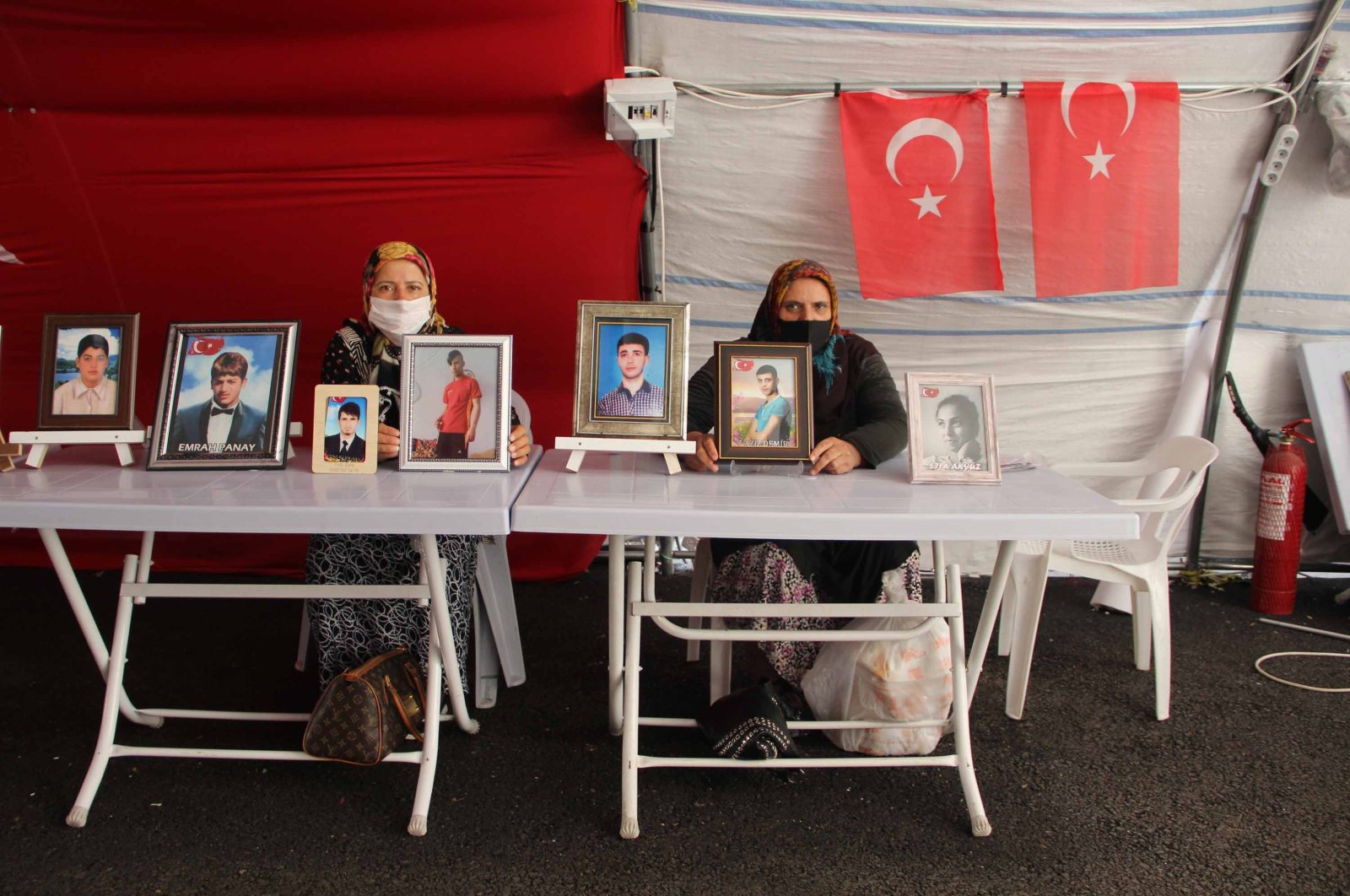 The 18th reunion of a Diyarbakır family with their child who was abducted by the PKK terrorist group will take place on Tuesday, Interior Minister Süleyman Soylu said Monday.

The interior minister gave the good news on Twitter.

Nearly 150 families have been staging a sit-in protest in front of the pro-PKK Peoples’ Democratic Party (HDP) headquarters in Diyarbakır province demanding the return of their sons and daughters, who were recruited to fight for the terrorists.

Since then, 17 families have reunited with their children thanks to the protest's success.

The minister further announced on the same day that a high-ranking PKK terrorist, sought by Turkey under the red category, was eliminated.

The Interior Ministry’s wanted list is divided into five color-coded categories, with red as the most wanted, followed by blue, green, orange and gray.