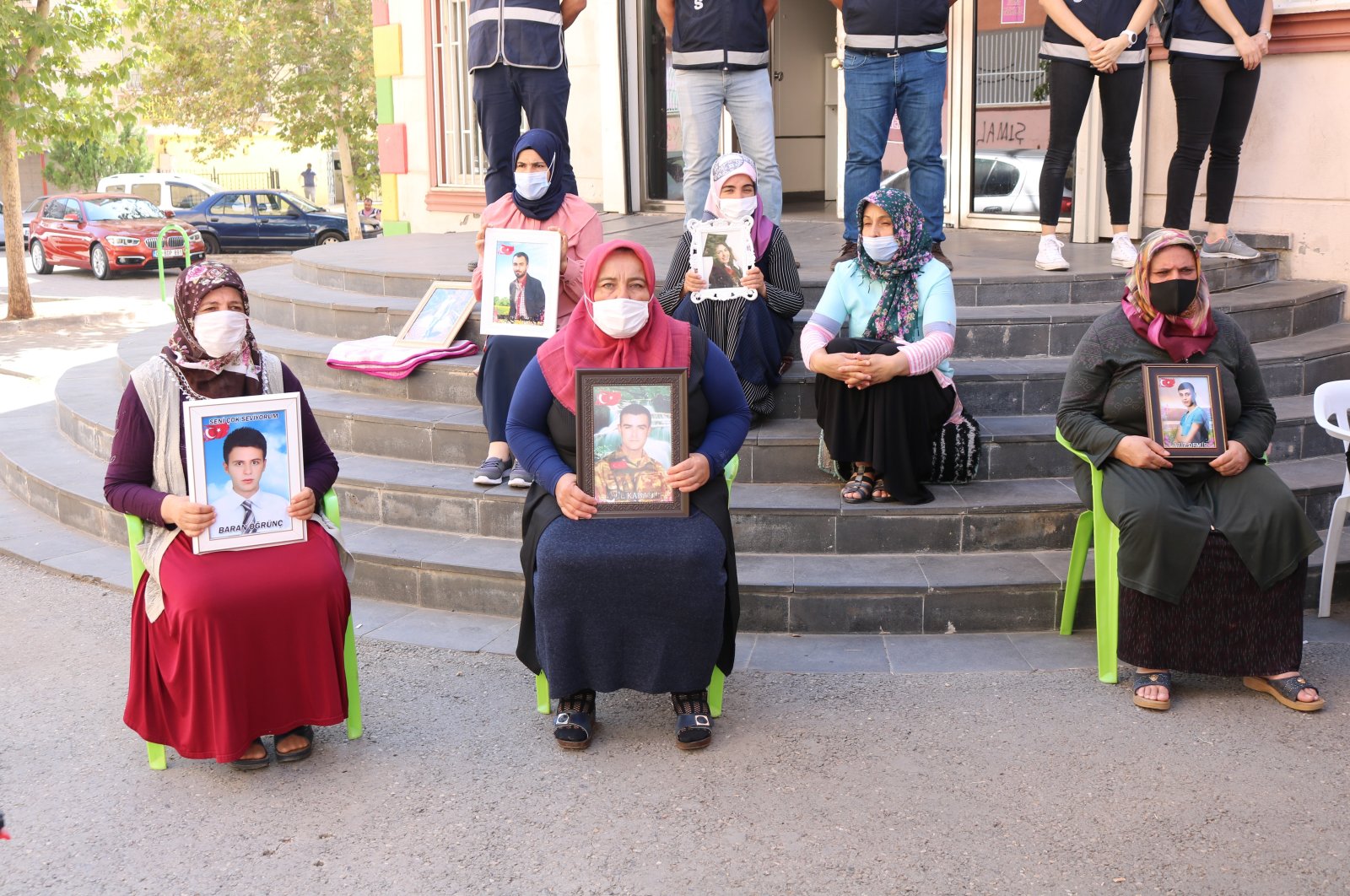 A mother from Turkey's southern province of Adana on Wednesday joined a yearlong sit-in protest against the PKK terrorist group in front of the pro-PKK Peoples’ Democratic Party's (HDP) headquarters in the southeastern city of Diyarbakır.

Akyüz added that she went to the HDP office in Istanbul’s Beyoğlu district and was told that her daughter was not there.

"I came to the (HDP's) Diyarbakır building. They didn't show me my daughter and told me she didn't want to see me," Akyüz added.

The mother said she had made great sacrifices for Sıla to receive an education and have a career, but her daughter had been subsequently taken to the country's southeastern mountains, where the PKK has sought to create a base.

She had seen the protest on television but could not join because she had to look after her newborn.

Akyüz will continue to take part in the sit-in until she is reunited with Sıla, she said, calling on her daughter to come back.

The HDP, long facing public reactions and judicial probes over its ties to the PKK, is under pressure from this growing civilian protest movement. Various groups from around Turkey have supported the Kurdish mothers in their cause, with many paying visits to show their support.

In its more than 30-year terror campaign against Turkey, the PKK – listed as a terrorist organization by Turkey, the United States, and the European Union – has been responsible for the deaths of 40,000 people, including women, children, and infants.