Another family reunites with child abducted by PKK 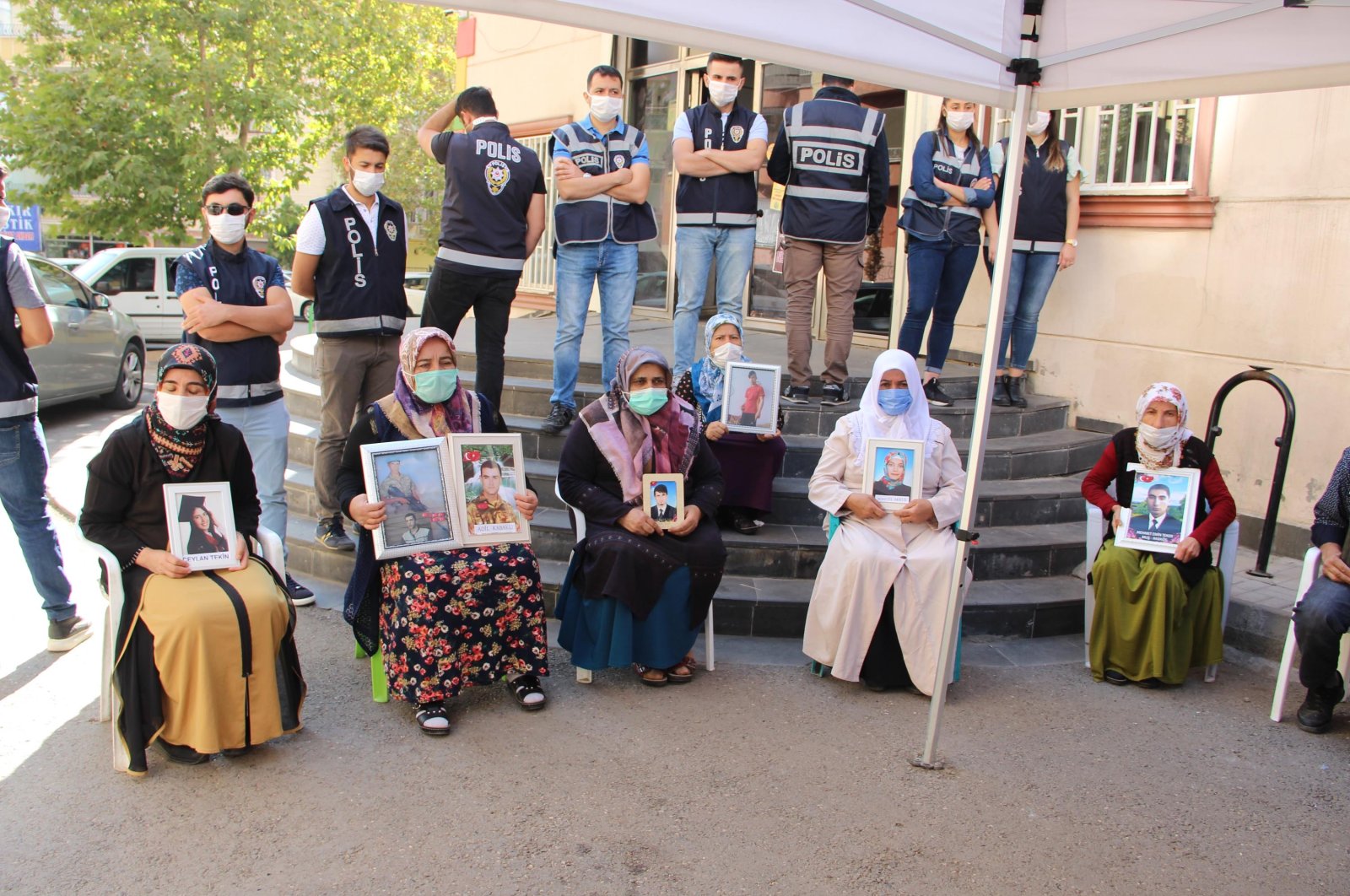 Kurdish families, whose children were abducted by the PKK, stage a sit-in protest in southeastern Diyarbakır province, Oct. 13, 2020. (DHA Photo)
by DAILY SABAH WITH AA Oct 14, 2020 10:28 am
RECOMMENDED

One more family on Tuesday reunited with their child abducted by the PKK terrorist group in southeastern Turkey.

An aggrieved family's longing has come to an end after Ibrahim Çetin, who was abducted and taken to the mountains by the terrorists six years ago surrendered to Turkish security forces.

The reunion of the Çetin Family from the eastern province of Erzurum gave hope to other families, whose sit-in protest in front of the pro-PKK Peoples' Democratic Party's (HDP) provincial headquarters in southeastern Diyarbakır province marked 407 days.

So far, 19 families have reunited with their children since the start of the sit-in on Sept. 3, 2019.

Gülbahar Teker, another mother from eastern Muş province whose son was also abducted by the PKK six years ago, called on all forcibly recruited children to surrender to Turkish security sources.

Süleyman Aydın, who joined the sit-in for his son, said: "Our sit-in protest is yielding results. We will continue to protest."

The protest started to spread to other provinces as well when Kurdish mother Emine Üstek launched a similar movement in southeastern Şırnak province on Sept. 17. Some relatives of those who were killed or injured by the PKK joined Üstek in support of her protest.